Nov 30, 2019 12:22 PM PHT
Randy V. Datu
Facebook Twitter Copy URL
Copied
'We also ask for a review of all projects within the past 10 to 15 years that have already destroyed hectares of wetlands, mangroves and forests, in the name of development,' says Save Subic Bay Coalition spokesperson El Latinazo, after a protected area in the freeport was cleared for a shooting range 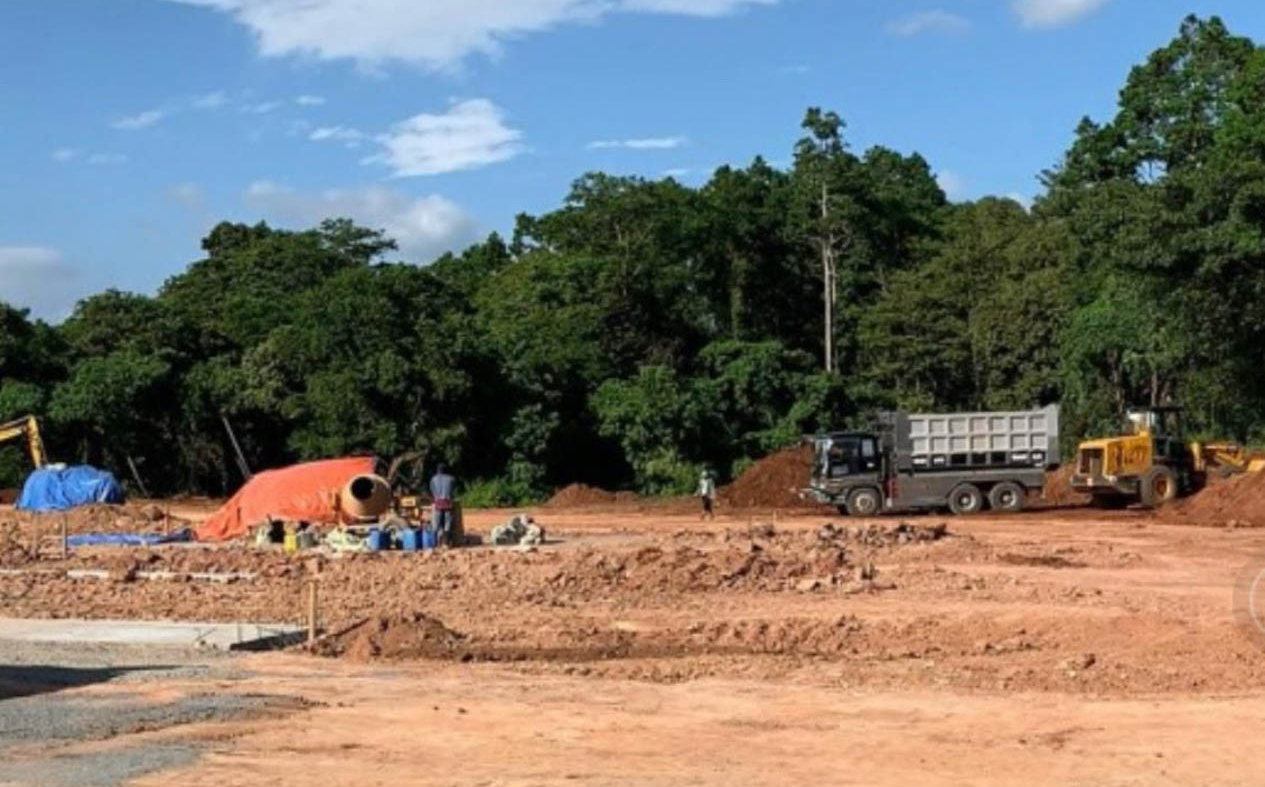 ZAMBALES, Philippines – A coalition of Subic Freeport stakeholders on Saturday, November 30, urged the Department of Environment and Natural Resources (DENR) to review the environmental processes and regulations of the Subic Bay Metropolitan Administration (SBMA).

El Latinazo, spokesperson of the Save Subic Bay Coalition (SSBC), made the appeal following the discovery that a protected area in the freeport had been cleared to give way to a shooting range for the 30th Southeast Asian Games (SEA Games).

Latinazo said that the violations of the contractor who built the shooting range is just part of a larger pattern of developments in Subic for the past 10 to 15 years.

“We appeal to the national government, specifically the Department of Environment and Natural Resources, to review the environmental processes and regulations being implemented by the SBMA Ecology Center,” he said.

“To be able to determine what has already happened in Subic’s once robust environment, we also ask for a review of all projects within the past 10 to 15 years  that have already destroyed hectares of wetlands, mangroves and forests, in the name of development. In doing this, we could learn a lot from past mistakes and fortify the rules for better implementation,” Latinazo added.

He said that the bigger issue was that Subic may lose its status as one of the last remaining dipterocarp forests in the country “if the Subic Bay Metropolitan Authority (SBMA) will continue to be lax in its environment regulatory controls and processes.”

Latinazo said there are some contractors, whether government or private, who “violate first, and pay penalties later, because they can afford the penalties – considering the number of zeroes in the approved expenditure of these projects.”

The project in the Subic protected area was first exposed through videos posted on Facebook by Subic Bay Marine Exploratorium Inc president and CEO Robert Gonzaga. The videos showed heavy machinery dumping layers of earth onto the venue, felled trees by roadside, and no signages displaying the permits of the contractor.

Latinazo cited other projects in the freeport where alleged violations were committed.

“Take for example a portion of a hill near the Tipo Road Freeport entrance that was scraped to expand the land area of a warehousing project. A used vehicles auction firm encroached and developed for its own use one hectare of mangroves that is adjacent to its approved activity. Just last week, another contractor flattened an area of the El Kabayo Wetlands which SBMA approved as road rehabilitation project,” he said.

“SBMA cannot deny that these are happening because they were committed in broad daylight,” Latinazo added.

He said SSBC plans to ask the SBMA Ecology Center “to show us the paper trails in all these violations – what were negotiated to reduce penalties – or is it even allowed, what were actually paid.”

SSBC is a multistakeholder organization composed of residents, business locators, Ayta groups, local government units, workers, and civil society groups from freeport-designated areas that include Olongapo City, Subic town in Zambales, and the municipalities of Dinalupihan, Hermosa, and Morong in Bataan.

For the past 10 years, SSCP fought the 600-megawatt coal-fired power plant in Subic Bay proposed by RP Energy, Incorporated to be built across the bay, at Redondo Peninsula. To date, the project has not gained momentum due to strong opposition from these sectors.

The SBMA Ecology Center is mandated under Section 96 of Republic Act No. 7227 or the BCDA Act of 1992 “to protect the environment and natural resources within the Subic Freeport Zone.”

On the strength of this law, the SBMA Board approved the Subic Bay Protected Area Management Plan (SBPAMP), the agency’s version of the National Integrated Protected Area System (NIPAS).

Jen Velarmino-van der Heijde, president of the Subic Bay Freeport Chamber for Health and Environment Conservation (sbfCHEC), told Rappler that based on the SBMA board- approved SBPAMP, Subic’s protected area is composed of different zones – the core ecological zone, habitat protection zone, sustainable use zone, recreational zone “depending on the richness of the resources on the area.”

“According to SBMA’s land zoning, the area in question (Explosives Ordnance Disposal or EOD) is a recreational zone since according to SBMA, it already has a ‘built-up’ area that the US Navy used when they were here. When they left, it has become open grasslands where bushes and pioneer trees have grown,” she said.

However, Van der Heijde stressed that the surroundings are zoned “as sustainable use because these are still forested areas.”

“The stakeholders’ main worry should be that since EOD remains a protected area surrounded by forests and adjacent to a protected beach sanctuary. What would stop whoever takes over its development in the future to encroach and do harm on its surroundings, like what some investors already did to protected areas adjacent to their activities?” she said.

Charo Orozco-Simons, an active member of the residents’ community, told Rappler that if it weren’t for social media, residents wouldn’t have discovered that violations were already committed in and around Subic’s protected areas.

“The residents community of Subic belong to the most vigilant group of stakeholders. We actively engage in environment issues and in helping resolve them because we don’t want to wake up one day with a compromised quality of life.When the rains come and they do come every year without fail, we are subjected to floods in this Freeport which is inundated at crucial points,” she said.

“Road repairs were done, but the floods were not remedied, because contractors do not follow rules, short-cuts are employed to reduce on expenditures, sacrificing the quality of work. Many of our residents have come to Subic Bay for the clean air, the order, safety and clean environment. Our wetlands, forests and mangroves are supposed to protect us, the environment, from all these mishaps,” Simons added.

Gonzaga for his part, said that the current SBMA administration seems “too friendly to some contractors, and they have been able to do as they please here, without even getting so much as a slap on the wrist for their misdeeds.”

“That’s why when the SBMA imposes fines, they are no longer believed as sincere. It just looks like its another way for them to squeeze locators who do not belong to their circle of friends who can do anything with impunity,” he added. – Rappler.com