Nov 30, 2019 8:11 PM PHT
Lian Buan
Facebook Twitter Copy URL
Copied
The president mentions working with Indonesia and Malaysia to protect the seas from pirates, amid warming ties with China which is occupying the West PH Sea 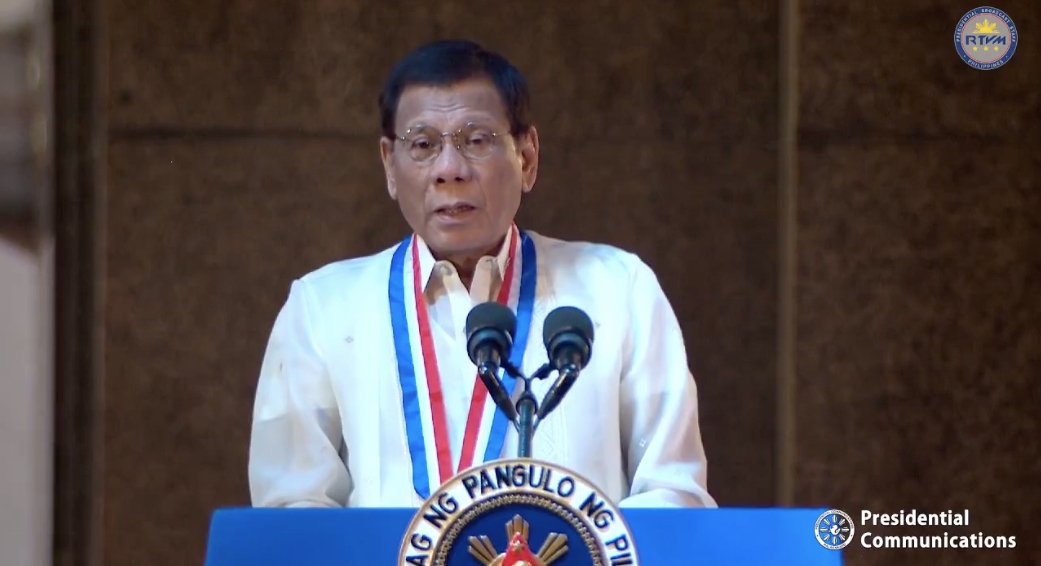 MANILA, Philippines – In alleging that much of the Philippines’ drug problem is brought about by piracy in the seas, President Rodrigo Duterte said on Saturday, November 30, that he was ordering the Philippine Navy to kill pirates if they spot them.

“My orders to the Navy, I repeat my orders to the Navy, if they are positive that they are pirates, you blow them [until] kingdom come, patayin mo na lahat at matapos na ang problema ko at ng Pilipinas and so with the drugs (kill them all so all my problems and the Philippines’ problems will all go away, and so with the drugs),” Duterte said on Saturday at the celebration of Andres Bonifacio’s 156th birth anniversary.

In another off-script speech, Duterte began talking about the Philippines’ drug problem and about how “it has not stopped,” when he suddenly mentioned pirates.

“You know what, the trawlers, ‘yung mga luma na barko ng mga Chinese (old ships of the Chinese), they ply international seas, and there is nobody who can stop them, because there is no authority in the high seas, but if you commit piracy, then that gives any nation the right to blow you to the high heavens,” said Duterte.

The president mentioned working with Indonesia and Malaysia to protect seas from pirates, amid warming ties with China which is occupying West Philippine Sea.

“I just had a talk with [Indonesian President Joko Widodo and Malaysian Prime Minister Mahathir Bin Mohamad], and I said it’s high time that we form a task force, not really intruding into the waters of other countries but just patrol your areas incessantly and accurately, and I will do my share in the Sulu sea,” said Duterte.

Duterte’s strong rhetoric on protecting Philippine waters from piracy is a stark contrast to Malacañang’s position on Chinese ships harrassing Filipinos in the Scarborough Shoal.

In the latest incident of a Filipino-crewed ship being shooed away by a Chinese ship in Scarborough, Malacañang absolved itself of responsibility saying the ship is Liberia-flagged and Greek-owned. – Rappler.com