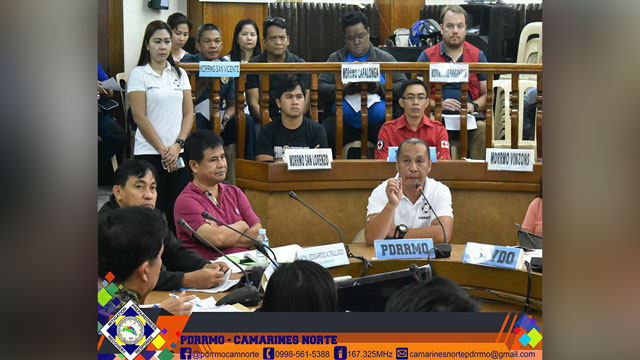 CLARK, Philippines (UPDATED) – The Philippines has begun evacuating thousands of people, local officials said on Sunday, December 1, as a powerful typhoon rumbling in from the Pacific forced Southeast Asian (SEA) Games organizers to cancel or reschedule some events.

This year’s Games in Clark, Manila and Subic, which run through to December 11, are already particularly complex with a record 56 sports across dozens of venues that are in some cases hours apart by car.

Outdoor events in Subic – on the west coast of the main Philippine island of Luzon in the country’s north – were the first to be affected by Typhoon Tisoy.

“The windsurfing has been cancelled until we have a more accurate picture of the weather,” Ramon Agregado, the organizing committee’s head of the Subic cluster of venues, told Agence France-Presse.

Agregado said that venues will not be changed, but in the event of bad weather the equipment will be taken down and put back together once the events are rescheduled.

By Sunday afternoon, more than 3,000 people were in evacuation centers, mostly in schools and gymnasiums in Camarines Norte, the disaster management office of the province said.

Most of them live in coastal areas and low-lying places where flash floods and landslides are possible due to heavy rains that will be brought by the typhoon.

No mandatory evacuation has been ordered yet, the disaster management office said.

School classes and government offices in some towns will be closed Monday and Tuesday in anticipation of the heavy rains.

The Philippines, which last hosted the Games in 2005, are aiming to win the most medals, and history is on their side: 7 of the last 11 SEA Games hosts have topped the table, reflecting the tradition of rewriting the sporting program to suit local strengths.

The hosts got off to a flying start on Sunday, scooping golds at the dancesport competition and triathlon, and topped the table with 17 medals by the afternoon. (RESULTS: SEA Games 2019 sports)

Around 8,750 athletes and team officials are expected at this year’s 30th edition – the biggest ever – and there are some 12,000 volunteers. Organizers hope more than 500 million viewers will tune in on TV.

In an eclectic program, Olympic sports like swimming and athletics sit side-by-side with regional favorites such as martial arts arnis and wushu, and this year athletes will even battle an obstacle race course in Manila. – Rappler.com