Bicam meetings on 2020 budget to push through despite Typhoon Tisoy 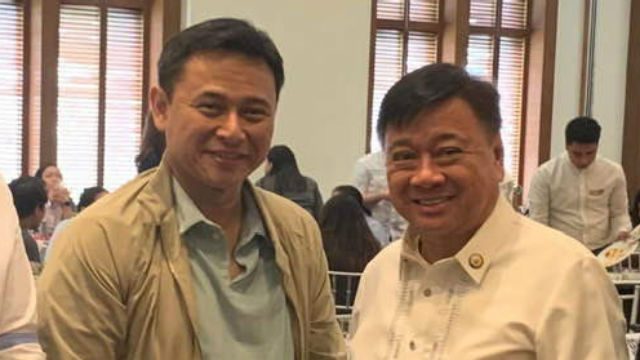 MANILA, Philippines – The scheduled meetings of the bicameral conference committee on the proposed P4.1-trillion budget would push through this week despite anticipated bad weather in Metro Manila due to Typhoon Tisoy (Kammuri).

House committee on appropriations chair Isidro Ungab confirmed this to Rappler, saying he would meet with his Senate counterpart, Senator Juan Edgardo Angara, on Tuesday, December 3.

“Both panels agree on the need to pass and approve the national budget before the Christmas break. We will be working this week despite the typhoon…. [I] will be meeting with Senator Angara today despite the inclement weather,” Ungab said in a Viber message.

As of 8 am on Tuesday, the eyewall of Typhoon Tisoy brough violent winds and heavy to intense rain over the southern part of Quezon, Marinduque, and Romblon. Signal No. 3 is still raised over 12 provinces across the Visayas and Luzon. Metro Manila is currently under Signal No. 2. (LOOK: Legazpi Airport sustains heavy damage due to Typhoon Tisoy)

On November 29, the House and Senate contingents to the bicam agreed to allow Ungab and Angara to meet one-on-one to “amicably resolve” the contentious provisions in both houses’ respective versions of the 2020 general appropriations bill (GAB).

Ungab and Angara will now have to settle contentious provisions of the House and Senate versions of the 2020 GAB. (READ: Where House is proposing to realign P9.52 billion in 2020 budget)

A copy of the Senate committee report on the 2020 budget presented to reporters Albay 2nd District Representative Joey Salceda, a bicameral committee member, showed big discrepencies in the two chambers’ respective allocations for the Department of Health (DOH), Department of Transportation (DOTr), and Department of Public Works and Highways (DPWH).

The House wants to give the DOH an P88.92 billion budget, but the Senate pegged it higher at P100.49 billion.

Under the House version, the DOTr was allotted P146.04 billion, while senators want to give the agency just P120.32 billion in the 2020 budget.

House members want to give the DPWH a budget of P529.75 billion, compared to the Senate’s proposed P536.58 billion budget for the agency.

Ungab said the secretariat of the House committee on appropriations finished studying the Senate’s proposed figures only on Monday, December 2. He then presented the findings to his colleagues in the House contingent to the bicam.

“Both chairmen will still have to go through the details and we still have to agree on the contentious figures,” said Ungab, referring to himself and Angara.

Bicameral committee members earlier gave their assurance that the final realignments under the 2020 budget would be publicized.

The 18th Congress has to submit the ratified bicam report on the 2020 budget to President Rodrigo Duterte by mid-December to give him ample time to study and sign the bill it into law by December 31. – Rappler.com