Dec 4, 2019 6:55 PM PHT
Mara Cepeda
Facebook Twitter Copy URL
Copied
Counterpart measures in the Senate, however, are yet to be filed 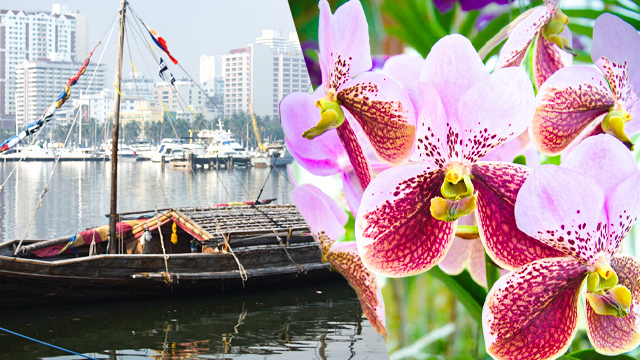 MANILA, Philippines – The House of Representatives gave its nod to two bills that would declare two new national symbols in the Philippines: the waling-waling and the balangay.

On Wednesday, December 4, a total of 169 lawmakers first approved on 3rd reading House Bill (HB) No. 4952, which would declare the rare waling-waling as the national orchid. No other legislator opposed the measure or abstained from voting.

With a vote of 170-0-0, the House then passed on 3rd reading HB No. 4953, which would make the balangay the national boat of the Philippines

The waling-waling (Vanda sanderiana) is known as the “Queen of Philippine Orchids.” This orchid is endemic to Mindanao, particularly in Davao, Cotabato, and Zamboanga, and was first discovered back in 1882.

The balangay is a plank boat joined together by a carved-out plank edged through pins and dowels. Every year in May, Butuan City celebrates the Balangay Festival to commemorate the arrival of Austronesians who sailed to the Philippines on board the balangay.

On December 14, recreated ancient balangays are set to sail from Butuan, the site of a precolonial kingdom, to visit different parts of the country until 2021. (READ: Lapulapu gets spotlight in Philippines’ quincentennial celebration)

No counterpart measures on the waling-waling and the balangay have been filed in the Senate, so far. For HB Nos. 4952 and 4953 to become laws, they must first hurdle 3 readings in the upper chamber. – Rappler.com