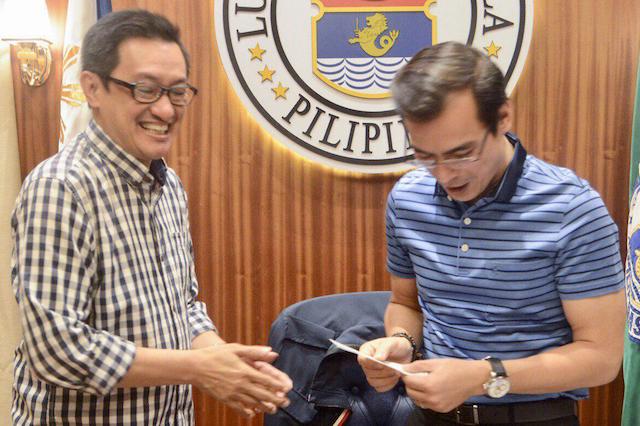 MANILA, Philippines – A local business establishment has made a P10-million donation to the City of Manila to help fund the debt-ridden city’s social programs.

Citing Manila’s piles of debt, Moreno had earlier asked for donations even  from ordinary citizens, regardless of amount.

Moreno told Paz that the donation would be a big help to Manila residents, especially those without homes.

The mayor said Rizal Park Hotel’s donation would be go to the city government’s vertical housing program – one of his landmark projects in his vision of a new Manila.

Under Moreno, the capital opened its chest for donations as it struggled to pay off at least P4.4 billion in debts carried over from the previous administration. Moreno noted that Filipinos of different economic classes from across and outside the country have donated to help his administration. – Rappler.com