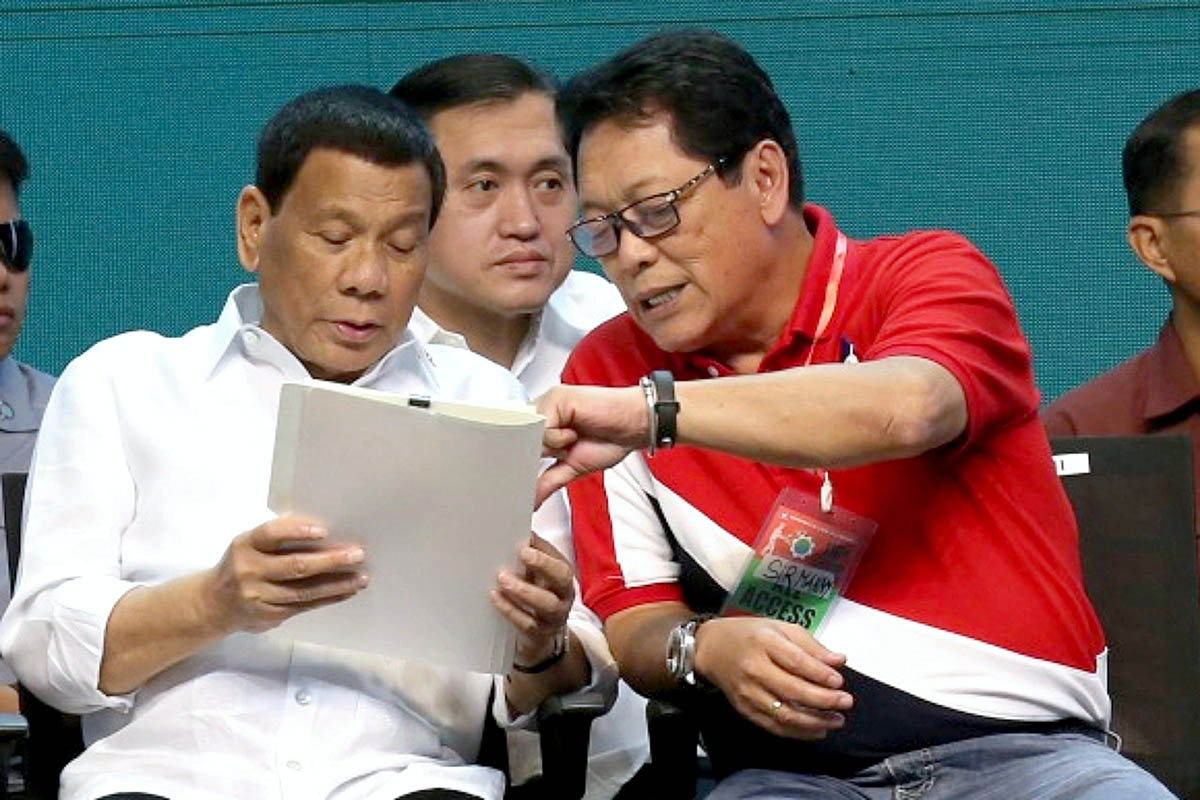 “I am sending Secretary Bello, komunista naman talaga ito eh (he’s a communist anyway). He should go there, talk to them, I cannot talk about it. Basta I’m sending him back to Sison and talk to him,” Duterte said on Thursday, December 5.

He was speaking at the situation briefing on the government response to Typhoon Tisoy in Albay, part of Bicol region, known to be a hotspot for communist rebels.

The new talks with Sison is Duterte’s last attempt at a peace deal with the communists.

“The quest for, the longing for peace is always there, not for the military and the police but for everybody. The doors must be open always or there must be at least one channel if everything closes through which you can talk,” said the President.

His latest overture to the Left comes more than halfway into his presidency. Since he formally ended the government’s peace talks with the communist National Democratic Front in November 2017, he has floated the resumption of negotiations several times.

But he said he would only revive the talks if the CPP promised to stop New People’s Army (NPA) attacks on government troops and agree not to impose revolutionary tax.

Duterte began his presidency offering an olive branch to the Left, even appointing some of their members into his Cabinet. But he said he grew increasingly disillusioned with the peace process after several ambushes by the NPA that led to deaths of soldiers, police, and civilians.

Since he ended talks in 2017, he’s moved aggressively against the Left, declaring the CPP and its “legal fronts” as terrorist organizations; attempting to cut foreign funding for communist “legal fronts”; and even targeting university campuses suspected of being Leftist recruitment grounds.

His Executive Order No. 70, which creates a national task force to end the communist insurgency, has been fiercely opposed by the Left. – Rappler.com