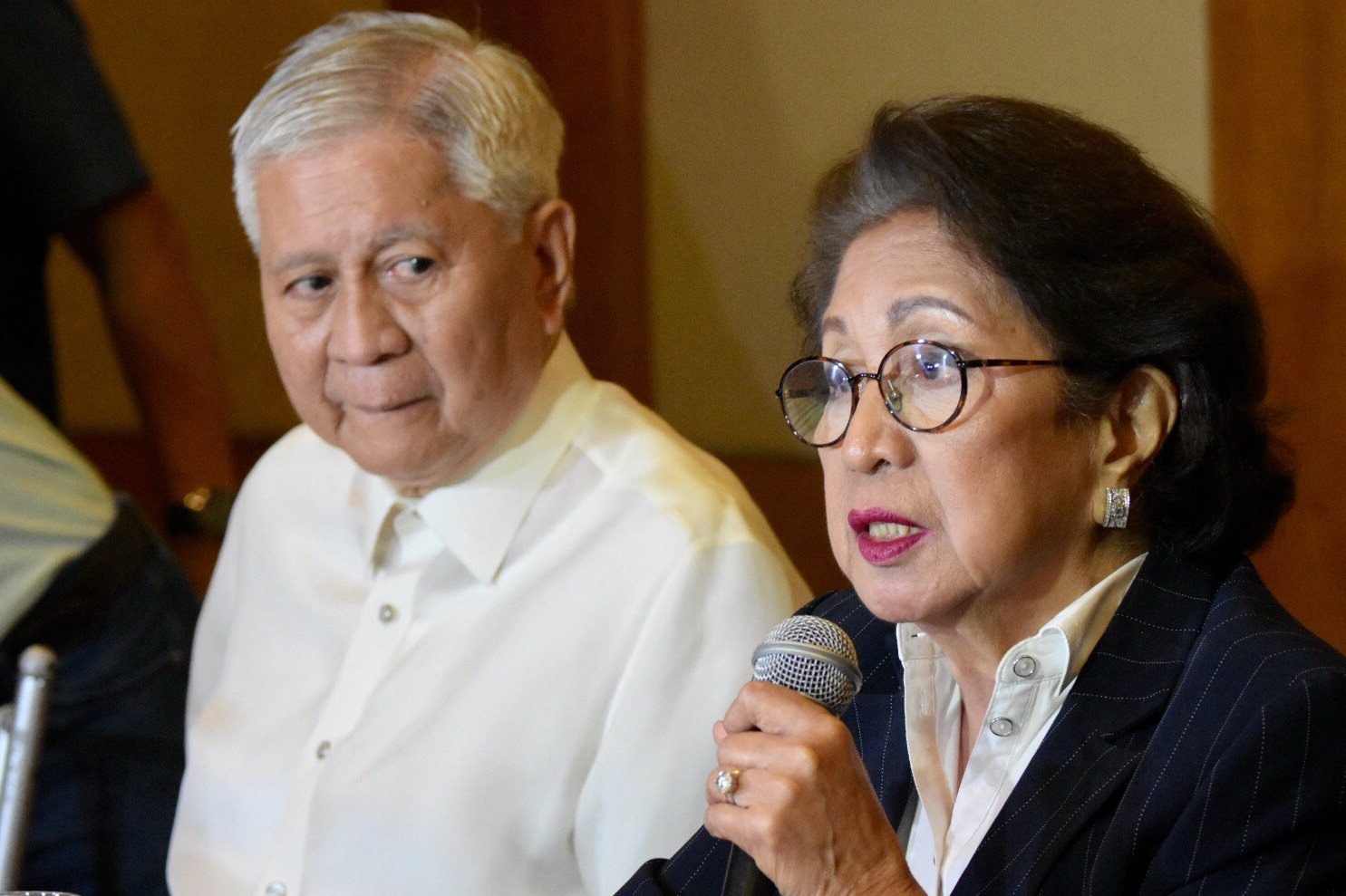 The two former Philippine officials argued their case still had a fighting chance at the international court as the ICC prosecutor welcomed “new facts and evidence” regarding their complaint against China.

“The ICC Prosecutor did not dismiss our communication. The Prosecutor welcomes ‘new facts and evidence’ to proceed with the case and we are providing them. This has only strengthened our resolve,” Del Rosario and Morales said in a joint statement Thursday night, December 5.

“Let them gloat in the meantime. This is just the beginning. Abangan (Just wait),” Morales added, referring to Xi and others listed in their complaint.

Though the ICC’s report reiterates repeatedly that it has found no jurisdiction over the case, Del Rosario and Morales argued this was not over as the international court “encouraged” filers to submit new facts and evidence.

Del Rosario and Morales were referring to a portion of the report where the ICC said, “Such notice nonetheless advises senders, in line with…the rules, of the possibility of submitting further information regarding the same situation in the light of new facts and evidence.”

This encouragement from the ICC is addressed to all communications to filers whose cases were found to have lacked jurisdiction at the international court, not the Philippines alone.

Why the case was junked? ICC Prosecutor Fatou Bensouda earlier concluded the crimes alleged in Del Rosario and Morales’ case against China “do not fall within the territorial or otherwise personal jurisdiction of the Court” as it did not meet several scenarios where this would be applicable.

Lack of jurisdiction was also pointed out as Bensouda said the EEZ “cannot be equated to territory of a State…given that the term ‘territory’…should be interpreted as being limited to the geographical space over which a State enjoys territorial sovereignty.”

The Philippines has sovereign rights, not sovereignty, over the EEZ. Despite this, the Constitution is clear about its duty to protect its EEZ “exclusively” for Filipinos. (READ: Sovereignty vs sovereign rights: What do we have in West PH Sea?)

The former Philippine officials said they pursued the complaint before the ICC to “check impunity” in the disputed South China Sea.The communication was filed two days before the Philippines’ withdrawal from the ICC took effect. – Rappler.com