Dec 6, 2019 3:08 PM PHT
Jun A. Malig
Facebook Twitter Copy URL
Copied
Anti-drug operatives from Central Luzon lead the buy-bust with the help of their counterparts from the national office and Calabarzon 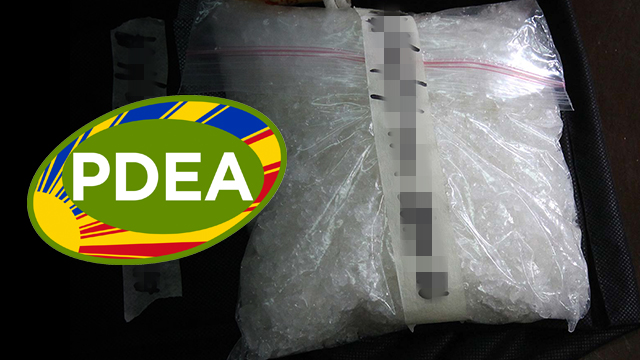 The PDEA3-Central Luzon asked the assistance of the PDEA national office’s special enforcement service and PDEA Region IV-A (Calabarzon) after it failed to apprehend a group of suspected drug peddlers within the boundaries of Central Luzon.

The drug sting was conducted at a residential building at Camella Pristina Expansion in Imus resulted to the arrest of suspects identified as Ruel Borero, 34; Johaira Abdul, 34; and Mila Omar, 43, all residents of the city.

Seized from the suspects were 1.3 kilograms of shabu with an estimated street value of P8,500,000, a weighing scale and the “boodle money” used in the operation.

In a report submitted to PDEA Director General Aaron Aquino, PDEA3 Director Lyndon Aspacio said the suspects were among the major suppliers of shabu in Central Luzon as well as parts of Metro Manila and some towns in Cavite.

“PDEA3 operatives have been monitoring their (suspects) illegal activities since October 2019, (but) the suspects are very evasive and very cautious in their transactions.  That is why we sought the help of other PDEA operatives in the national headquarters and PDEA Calabarzon to ensure their arrest,” Aspacio said.

The confiscated pieces of evidence were set to be subjected to laboratory examinations by the PDEA Laboratory Service.

The suspects were transported and temporarily detained at the PDEA3 facility in the City of San Fernando in this province.

They  are facing charges for violation of Republic Act 9165, the Comprehensive Dangerous Drugs Act of 2002. – Rappler.com