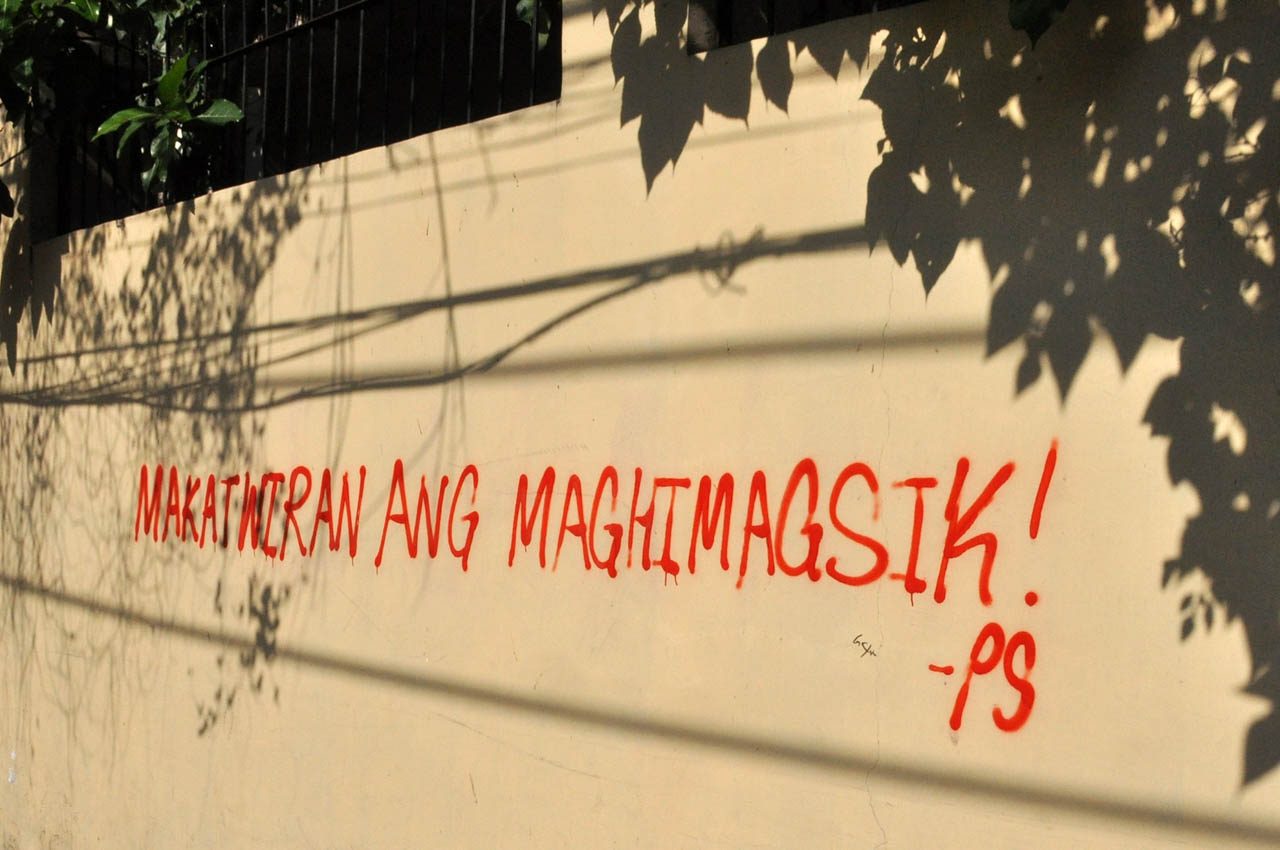 The resolution came after the group riled Manila Mayor Isko Moreno by leaving a trail of painted texts on the walls along United Nations Avenue and the Lagusnilad Pass – two high-traffic passages near Manila City Hall.

This is the first resolution by the Moreno-allied council which declared an entity as unwelcome in the city.

On Bonifacio Day, November 30, 4 members of the group were detained by the Manila Police District after reportedly getting caught spray-painting messages calling for an end to political repression on train posts in Recto Avenue.

To help the artists post bail, artists and activists have begun a fundraising campaign by calling for donations and selling art depicting the struggle of poor and working class Filipinos. – Rappler.com