Dec 6, 2019 8:45 PM PHT
Sofia Tomacruz
Facebook Twitter Copy URL
Copied
Petitioners say Duterte Youth is the only organization since the institution of the party list to have been granted registration without completing publication and hearing requirements 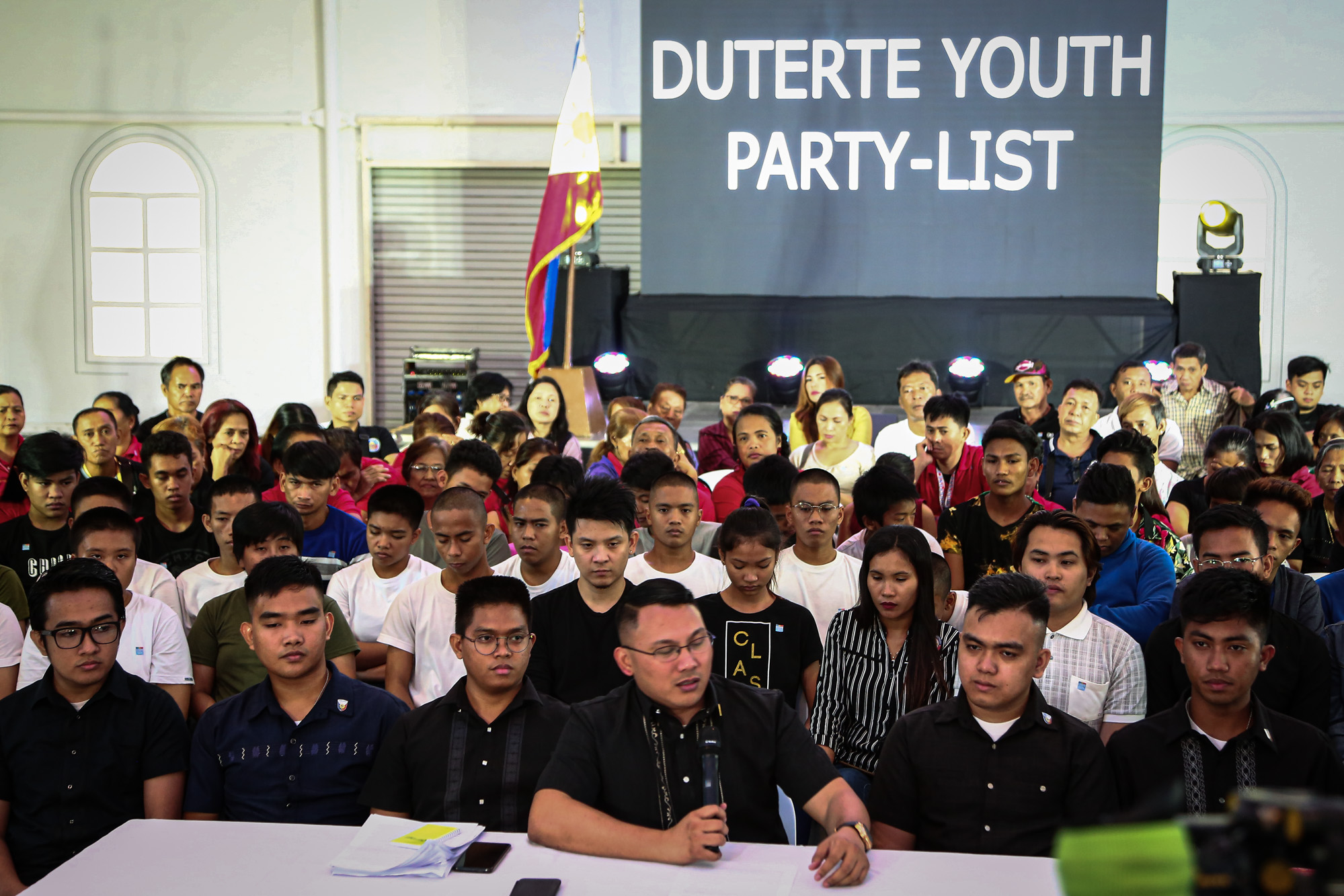 MANILA, Philippines – Legal troubles continue for the embattled Duterte Youth as the Commission on Elections (Comelec) is set to hold a hearing on Wednesday, December 18, on the petition to cancel the group’s party-list registration.

“Acting on the petition to cancel party-list registration and/or to declare nullity of its registration filed on September 3, 2019, the Commission (Second Division) hereby sets the above-entitled case for hearing on December 18, 2019,” Comelec Commissioner Luie Tito Guia said in a notice dated Friday, December 6.

What to expect: The poll body’s hearing will tackle a petition filed by youth leaders represented by no less than former Comelec chief Sixto Brillantes Jr and election lawyer Emilio Marañon III. The group earlier asked the poll body to declare Duterte Youth’s registration void ab initio or cancel it altogether as the party did not meet requirements needed to properly register as a party-list organization.

Upon filing their petition last September, Brillantes and Marañon argued that Duterte Youth’s case was “exceptional and unusual” as it is the only organization since the institution of the party list to have been granted registration without completing publication and hearing requirements.

“This is illegal and unconstitutional,” the petitioners said.

Should the Comelec find Duterte Youth’s registration process as valid, the petitioners still want the poll body to cancel it anyway for 6 reasons, including the misrepresentation committed by its first nominee Ronald Cardema.

The other 5 grounds of cancellation of Duterte Youth’s registration cited by the petitioners are as follows:

Challenge upon challenge: Comelec’s hearing on the petition to cancel Duterte Youth’s registration will take place the week after its chairman, Ronald Cardema, is set to face the poll body over a complaint that he committed material misrepresentation in his filing of a certificate of nomination and acceptance (CONA), despite being ineligible to sit as youth representative in the 18th Congress.

The Comelec earlier issued Cardema a subpoena ordering him to appear before the Comelec Law Department on December 13 at 10 am for a hearing on the matter.

Both Cardema and Duterte Youth have faced a series of petitions and complaints lodged with the poll body since he filed a last-minute substitution bid on May 12, the eve of election day. Cardema’s actions were widely criticized, with officials across the political spectrum denouncing the move as a “brazen attempt” to enter Congress.(READ: Stretching the rules: Duterte Youth’s bid for Congress) – Rappler.com