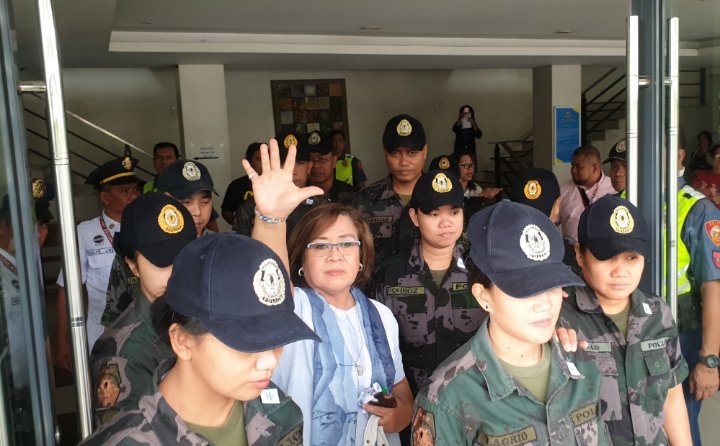 MANILA, Philippines – Detained Senator Leila de Lima is among the 16 women from around the world who landed on the list of Financial Times readers’ women “game changers” of 2019, joining the likes of Swedish environmental activist Greta Thunberg, New Zealand Prime Minister Jacinda Ardern, and US Senator Elizabeth Warren.

The London-based Financial Times chose the 16 women from over 100 nominations from its readers.

The Financial Times said the readers nominated women who they “felt had broken new ground in 2019 or brought attention to some of the most important issues of our time, whether in their own community or at a national or international level.”

“In a world convulsed by protests, women have been fighting for the environment, political freedom, and their own futures,” the Financial Times said.

The “Women in 2019: the game changers” is part of the FT Weekend magazine special edition for the first week of December.

De Lima, the only Filipino on the list, was described as having “led the investigation against President Rodrigo Duterte into the alleged extrajudicial killings” when he was a mayor in Davao City in 2009. At the time, De Lima was Commission on Human Rights chairperson. (READ: Premeditated murder: The character assassination of Leila de Lima)

“Her handwritten dispatches from her cell are incisive missives and commentary on the issues the Philippines faces,” the description by Instagram user @hcamp_spacesption read, referring to De Lima’s daily written letters released to the public.

De Lima, among Duterte’s fiercest critic, was arrested on February 24, 2017, over what she called fabricated drug charges – retaliation for her criticism of Duterte’s bloody drug war and her probe into summary executions in the President’s hometown when he was local chief. (READ: De Lima in jail: ‘I never imagined Duterte would be this vindictive’)

De Lima was named among TIME magazine’s 100 most influential people in 2017, the Prize for Freedom Award from the Liberal International in 2017, and one of the 5 “power women of Southeast Asia” by the Asian Correspondent in 2018.  – Rappler.com