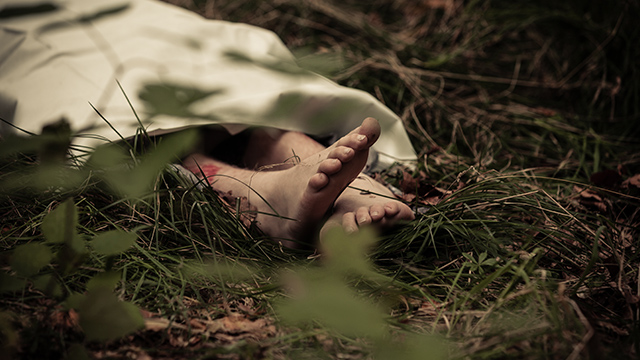 CAGAYAN DE ORO CITY, Philippines –  A man accused of cannibalism was killed by policemen Friday night, December 6,  as they were on their way back to Talisayan, Misamis Oriental from inquest proceedings in this city.

Lloyd Bagtong, 21, a resident of Barangay Casibole in Talisayan town was accused of murdering and beheading a still unidentified woman. The charges against Bagtong also said that he ate the brains of his victim.

Th police report said Bagtong allegedly killed the woman on Thursday and had her brains for breakfast. He later threw the victim’s skull into a hole dug up near his house. Talisayan police recovered from Bagtong’s possession the scythe allegedly used in the grisly murder.

According to a report by Jasaan town police, Talisayan cops escorting Bagtong and several witnesses from the Hall of Justice in this city stopped in Barangay Punta Gorda, Jasaan town after experiencing a flat tire.

Major Dennis delos Santos, Jasaan Chief of Police, said that as the escorting vehicle was having its tire vulcanized, Bagtong asked permission to urinate.

While the police were removing his handcuffs, Bagtong allegedly grabbed the Gloc 9 service firearm of one of the escort’s and fired at the cop.

“He was only able to fire a single shot before he was shot by the police escorts,” De los Santos said.

Bagtong sustained 3 gunshot wounds and was brought to Jasaan municipal hospital where he was declared by doctors dead.