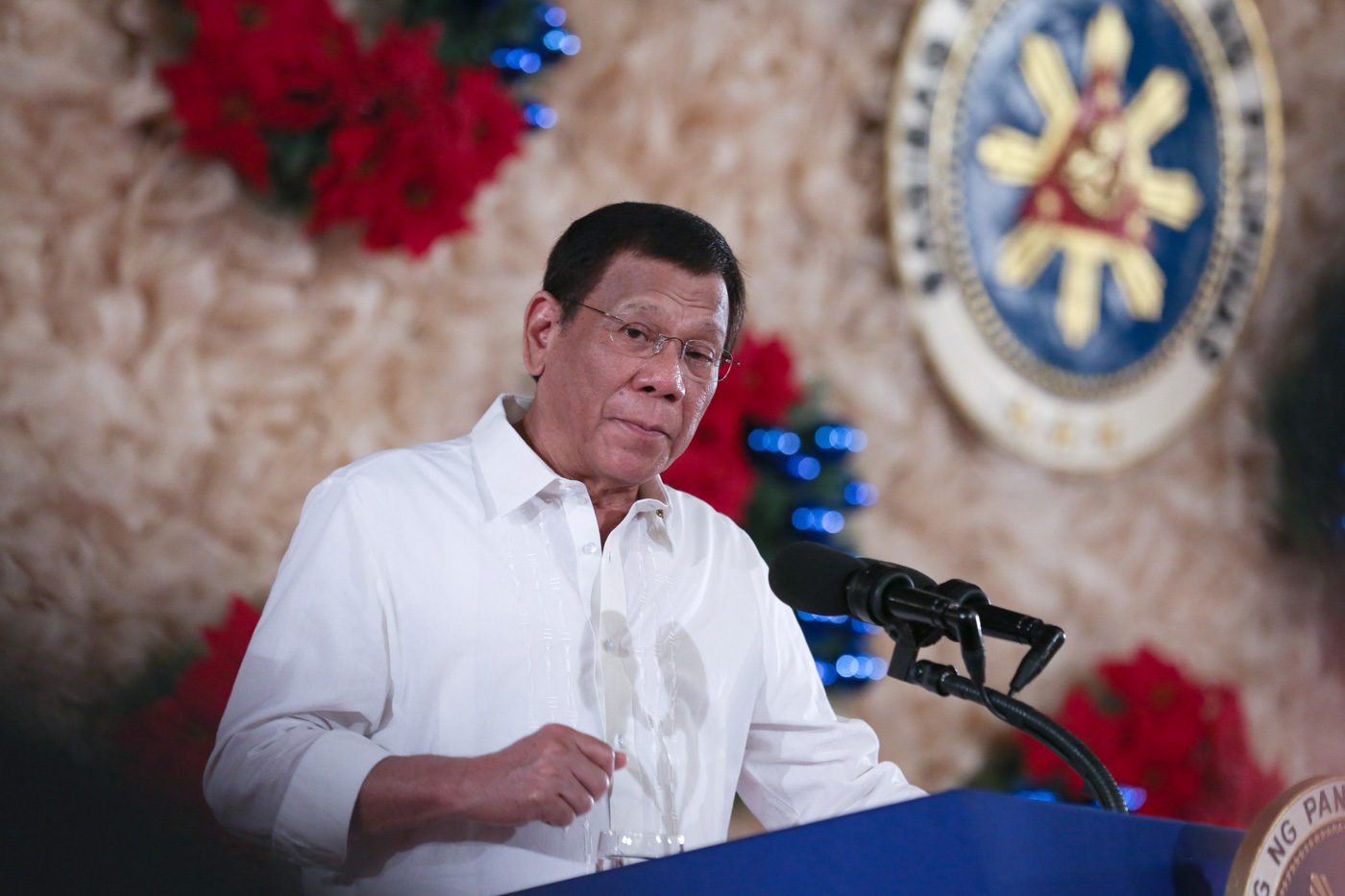 MANILA, Philippines – Presidential Spokesperson Salvador Panelo downplayed the “fervent wish” of critics who want President Rodrigo Duterte arrested by the International Criminal Court (ICC), which is conducting a preliminary probe into the administration’s war on drugs.

In a radio interview on Sunday, December 8, Panelo insisted that the ICC does not have jurisdiction over the complaint, called a communication, filed before the ICC. He also chided human rights lawyer and former Bayan Muna congressman Neri Colmenares who said that Duterte “may face arrest” following the ICC’s probe, the Philippine Daily Inquirer reported.

ICC Prosecutor Fatou Bensouda reported on Thursday, December 5, that her office “will aim to finalize the preliminary examination” during 2020 “in order to enable the Prosecutor to reach a decision on whether to seek authorization to open an investigation into the situation in the Philippines.”

“First, that’s only Congressman Colmenares’ wish. I guess that’s his ‘fervent wish.’ It won’t happen. Second, again, ICC has no jurisdiction. So [it’s] ineffective. Even if they issue a warrant, who will enforce?” Panelo said in Filipino.

He also outlined the processes that would have to happen first before it even gets to the point of a possible arrest. Panelo said the ICC would conduct a preliminary examination to determine if they have jurisdiction over the complaint, followed by a preliminary investigation to see if there’s probable cause. (EXPLAINER: ICC’s track record and what it means for Duterte and the PH)

He then turned the tables on Colmenares, saying the President isn’t bothered by the latest developments in the ICC complaint. “I think it’s Colmenares who’s bothered,” he said.

For her part, detained opposition Senator Leila de Lima said ICC’s report on the status of the complaint against Duterte was “timely, significant, and highly notable news.”

“With this report, a status report actually, our collective cause for justice and human rights has made considerable strides and ends the year for all the victims and their families on a positive, hopeful note. In like measure, we can take an optimistic view as the ICC concludes its examination in 2020,” she said in a dispatch from her detention cell in Camp Crame.

De Lima added that the ICC “can square with the enormity of serious information, evidence and realities on the ground, and restore the sovereign standing of justice wanting now in the country under this regime.”

“The dark clouds overhanging us are now wearing thin, so as those who abuse their power and mandate. They cannot simply twist the fabric of justice and expect it not to turn back at them,” she continued.

“May katapusan ang lahat, at sa huli, katarungan ang mananaig,” she concluded. (There is an ending to everything. In the end, justice will prevail.) – Rappler.com