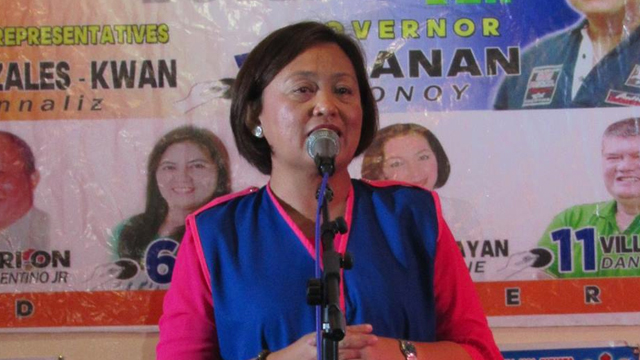 MANILA, Philippines – Mayor Annaliza Gonzales Kwan of Guiuan, Eastern Samar, was suspended by anti-graft court Sandiganbayan for 90 days over a graft case concerning the purchase of a fire truck in 2007.

The Sandiganbayan 6th Division ordered the Department of the Interior and Local Government to serve the preventive suspension order on Kwan.

In 2017, the Office of the Ombudsman indicted Kwan and 5 officials of Guiuan town for buying a fire truck without public bidding, in violation of Republic Act (RA) No. 3019 or the Anti-Graft and Corrupt Practices Act.

The fire truck, worth P1.985 million, was supplied by Integrated Energy Systems and Resources Incorporated after being awarded the contract.

Ombudsman probers said the Guiuan officials’ decision to use an alternative mode of procurement for the fire truck was not justified.

Kwan argued in her appeal against the suspension order that it does not apply to her, since she was a private citizen when the Ombudsman filed the case two years ago, and she returned as Guiuan mayor only in the May 2019 elections. She also said the prosecution made a formal offer of evidence only in March 2019.

However, the court rejected her appeal, saying Kwan is an incumbent official, and that the criminal offense, in violation of RA No. 3019, is valid. – Rappler.com