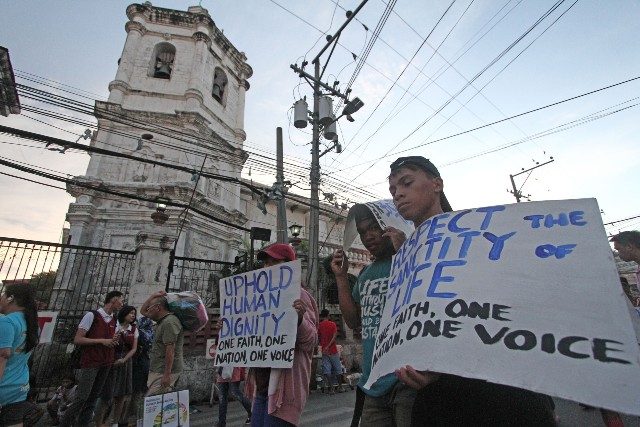 “It’s deteriorating on all fronts,” Fr. Jose Bagadiong, a Catholic priest of the Society of the Divine Word, told Rappler on the sidelines of Task Force Detainees of the Philippines’ Human Rights Day event in Cebu City.

According to a report from TDFP, from the beginning of 2018 to December 2019, they recorded 104 documented cases of human rights violations.

Of those violations, 31 were cases of “alleged harassment, intimidation and vilification” against human rights workers. The other 58 were linked to the government’s drug war campaign, while 15 were allegedly politically motivated killings. “Of course, this is not all of them, but the victims who were willing to come forward,” Fr. Christian Buenafe, chairperson of TDFP said. 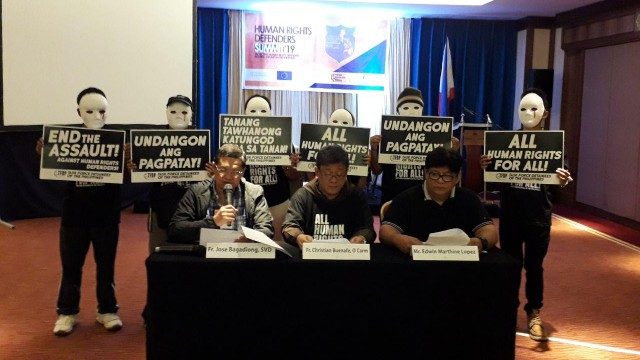 In February 2019, the CHR said the Central Visayas had the 4th highest number of drug-linked killings in the country.  (READ: Killings in Cebu rise as mayor, cops feud)

Nationwide, human rights organizations say at least 29,000 people have been killed since 2016 in the government’s campaign against illegal drugs, although the government only recognizes 6,600.

EO 70 was signed in December 2018 and adopts the “whole of nation” approach in addressing armed conflict.

This means that the policy acknowledges conflict should not be addressed only with a military and police solution, but through socio-economic reforms. However, observers in the region say that military action still has been the focus of the government’s anti-communist campaign.

“There were at least 63 documented persons killed since then [EO 32 and 70],” Negros Occidental-based Edwin Lopez also of TDFP said. “These are mostly farmers, some are lawyers, doctors, educators and some are human rights defenders connected with sectoral organizations,” he added.

Rappler recorded at least 15 killings in Negros within the span of one week between July 18 and 25.(READ: NEGROS ORIENTAL BLOODSHED: State-sponsored or insurgency-related?)

Since the killings began to spike in Negros in July, 4 Catholic bishops on the island ordered all parishes to toll their bells until the killings stop.

San Carlos Bishop Gerardo Almanza said in a statement that the bells will continue to ring in Negros as the advent season begins. “We ring the bells each evening in Negros as a reminder that life he sacred,” he said. “We wish to shake the conscience of those carrying out dastardly death operations commanded from above.”

Almanza also called for the resumption of peace talks and for the release of 70-year-old National Democratic Front of the Philippines (NDFP) consultant Frank Fernandez, who was arrested last March 25 in Laguna.

“The killings must stop. The disappeared [must] surface. Political prisoners [must be] released,” the Negros bishop said. He added: “We must dare to strive to a new dawning where peace and justice thrive. Like God’s people of old, we keep watch and hope that God’s saving grace will encompass us again, and we will be pulled toward a future truly based on justice, righteousness and peace.” – Rappler.com