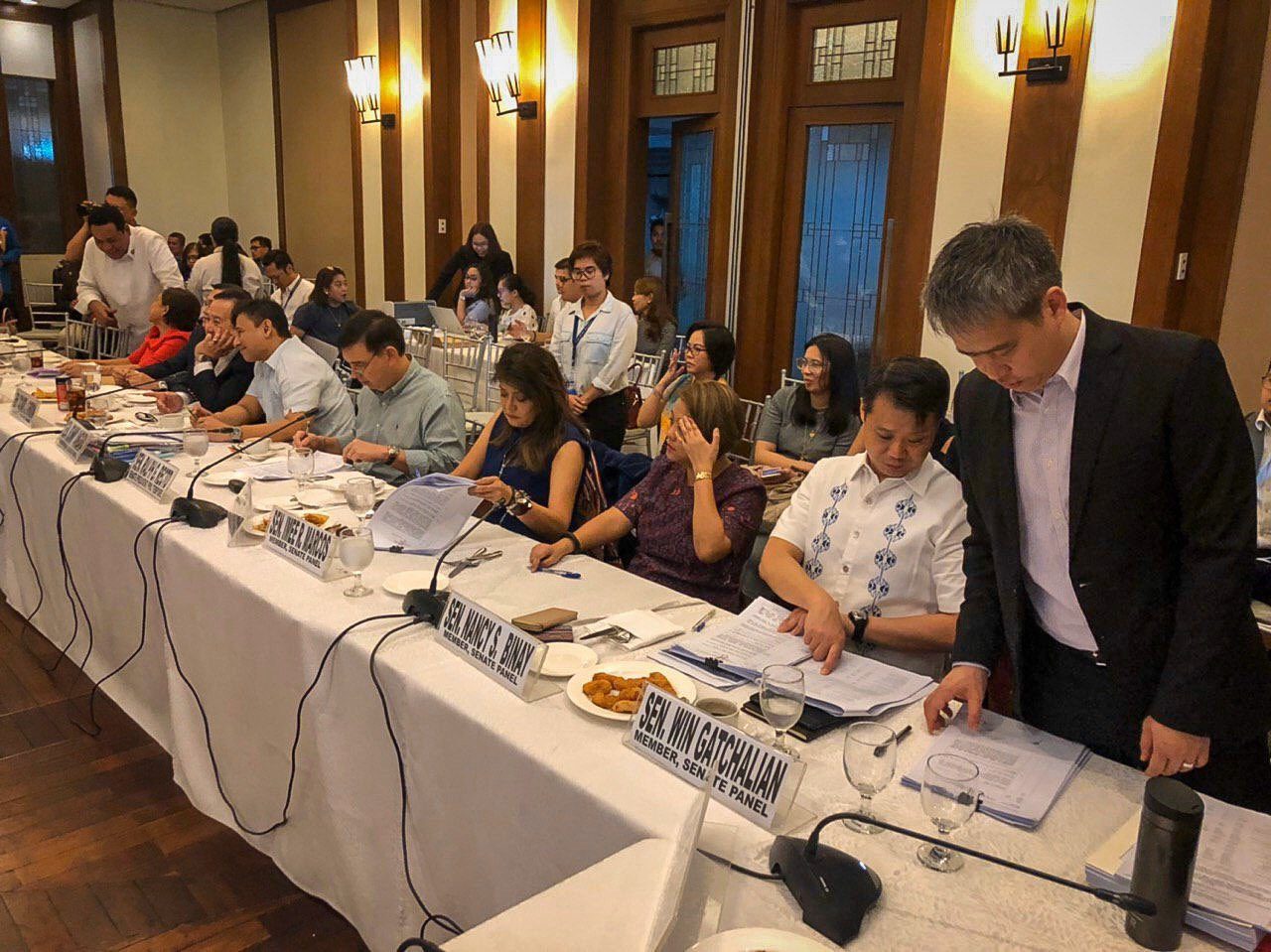 Facebook Twitter Copy URL
Copied
The Senate and the House of Representatives are expected to ratify the bicam report on the 2020 budget on Wednesday, December 11, during their respective sessions

MANILA, Philippines – The bicameral conference committee on Wednesday, December 11, approved the panel report on the proposed P4.1-trillion national budget for 2020.

Lawmakers from the Senate and the House of Representatives who are part of the bicam met on Wednesday to approve the report, after their first public hearing on November 29 and several closed-door meetings to “amicably” iron out conflicting provisions, particularly in the budgets of the health, transportation, and public works departments.

The Senate and the House are expected to ratify the bicam report later on Wednesday afternoon, during their respective sessions.

After the bicam submits the report, the President has until the end of the year to sign or veto some items in the budget, or else the government would again operate on a reenacted budget.

Under the National Expenditure Program, the proposed 2020 budget would use a cash-based budgeting system, similar to 2019. But it has yet to be known whether the bicam included this system as part of their report.

The cash-based budgeting system requires all government agencies to use their budget allocations for a certain year within that same fiscal year, or else any amount left over would revert to the National Treasury. (READ: What is cash-based budgeting?)

Fearing that funds from the 2019 budget could lapse without projects not yet implemented, both chambers approved a bill that would extend the 2019 budget’s validity. This year’s budget had been signed only in April after a deadlock.

“Pork is here to stay. I hope the President will again exercise his political will in vetoing line items that will obviously waste people’s tax money,” Lacson said.

In a text message, Lacson said his office received files from the House, including a list of 742 projects worth P16.345 billion allegedly inserted into the bicam report.

This list, according to the senator, was supposedly “sourced” from another list of 1,253 projects worth P83.219 billion.

“What is clear though is that there are still lump sums and vaguely described projects that are now part of the bicam report,” he said.

Under the “inserted projects,” Lacson said their preliminary research showed that Albay topped the list with P670 million worth of projects. It is followed by these provinces:

The senator added that 117 flood control projects “dominate” the insertions worth P3.17 billion, of which 8 are “uniformly budgeted” at P60 million each.

“It is revolting to note that legislators keep on dipping their dirty fingers in our national budget in spite of pending cases involving the same issue,” Lacson said. – Rappler.com