No need for Duterte to release his 2018 SALN – Panelo 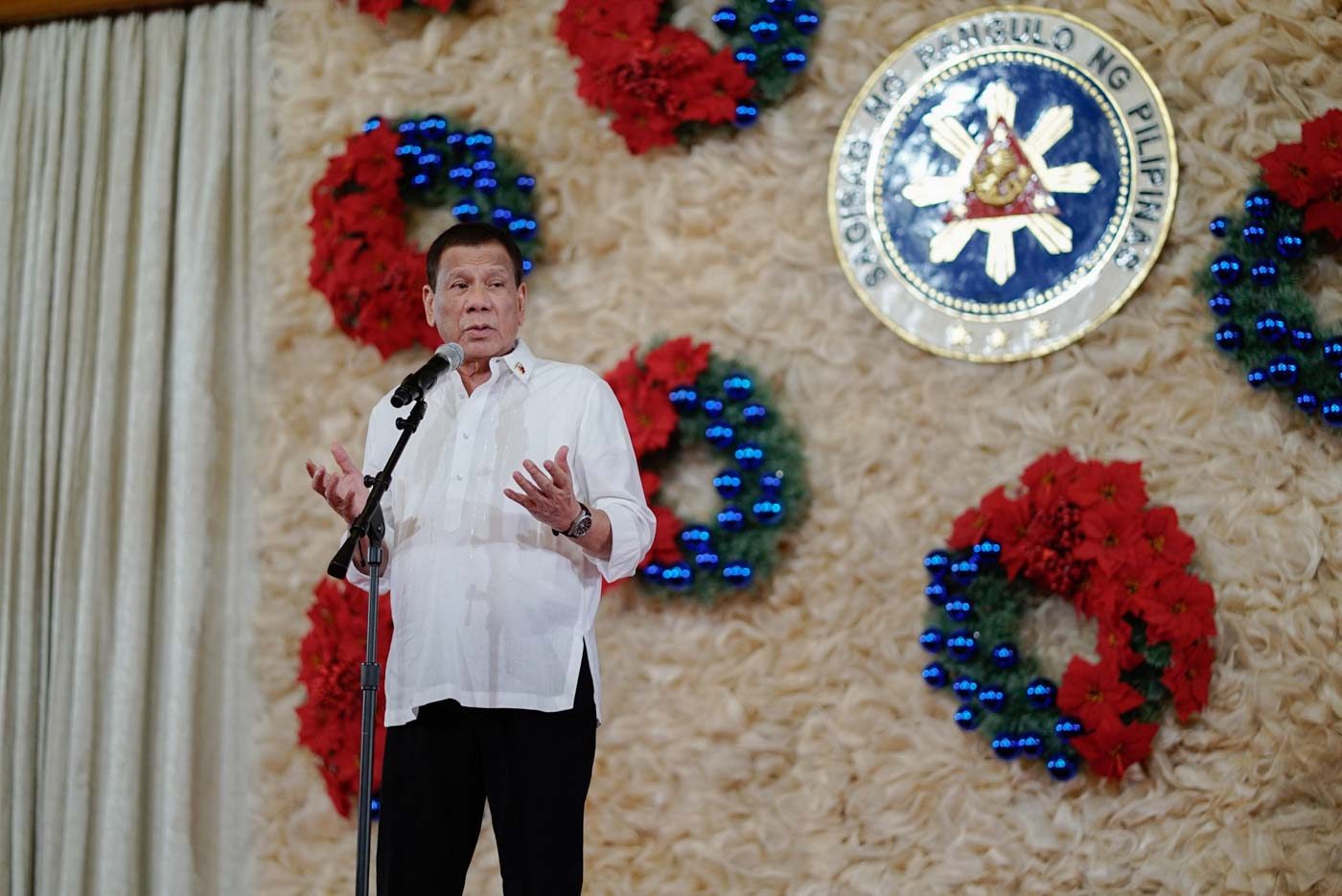 Facebook Twitter Copy URL
Copied
But it was the Office of the Ombudsman which told media groups to ask Malacañang for a copy of the President's Statement of Assets, Liabilities, and Net Worth

MANILA, Philippines – Despite President Rodrigo Duterte’s promise to be transparent, his own office says it’s not his responsibility to make public his 2018 Statement of Assets, Liabilities, and Net Worth (SALN).

The SALN is a critical document that shows the growth or decline in a public official’s wealth for the years they held the position. Its public release is seen to be a safeguard against corruption.

Presidential Spokesman Salvador Panelo, in a statement sent on Friday, December 13, said that the responsibility of releasing Duterte SALN for public scrutiny lies with the Office of the Ombudsman, not with the President.

“Neither instrument (the Constitution or a law) requires the President to personally and directly furnish a copy thereof to the media or to whomever wants it,” said Panelo.

He was reacting to the Philippine Center of Investigative Journalism’s (PCIJ’s) report that neither Duterte nor the Office of the Ombudsman, led by Ombudsman Samuel Martires, are yet to release the President’s 2018 SALN even if over 7 months have passed since its submission deadline.

Despite Panelo’s assertion, it was Martires’ office itself which advised reporters seeking a copy of Duterte’s SALN to request Malacañang for it since his office was still finalizing new rules on SALN releases.

In the preceding years, the Office of the Ombudsman had released Duterte’s SALNs. It was only under Martires that this has been delayed, a first in 30 years, as noted by PCIJ.

Panelo confirmed that Duterte submitted his SALN on time, or by the April 30, 2018 deadline.

What do the SALN rules say? The Code of Conduct and Ethical Standards for Public Officials and Employees (Republic Act No 6713) states that the Office of the Ombudsman is the custodian of SALNs of the President and other high-ranking public officials.

But Panelo said Duterte can’t order Martires to release his SALN for the sake of transparency.

“The Office of the President cannot dictate upon the Office of the Ombudsman the course of action it wishes to undertake relative to such request given that the latter is a separate and independent institution that we have no control of,” said Panelo.

Other issuances make other offices, particularly the office of the public official filing a SALN, responsible for keeping copies of the SALN.

Duterte’s own Freedom of Information executive order reminds officials to “file and make available for scrutiny their (SALN) in accordance with existing laws, rules and regulations, and the spirit and letter of this Order.”

RA 6713’s Implementing Rules and Regulations also state that a copy of SALNs of all filers “shall also be filed with their respective departments, offices or agencies.”

The supposed absence of rules for public officials to release their own SALNs did not stop Vice President Leni Robredo from having her own office disclose her 2018 SALN.

Panelo said it was unfair of some camps to take the non-release of Duterte’s SALN as proof that the President lacks commitment to transparency. He said saying so is “baseless if not malicious.” – Rappler.com