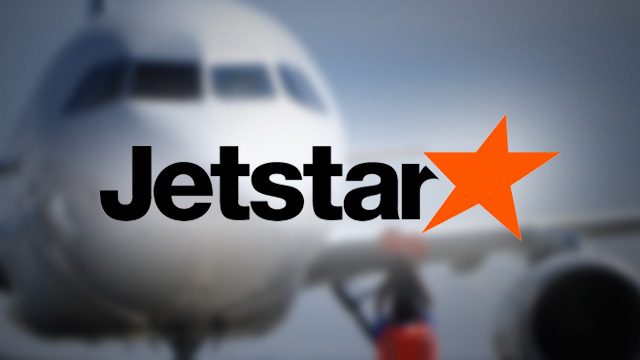 Facebook Twitter Copy URL
Copied
(5th UPDATE) The Tokyo-bound plane gets stuck at the grassy portion of the runway following a mishap during takeoff. Airport authorities say the incident is expected to have a 'very minimal' effect on runway operations.

MANILA (5th UPDATE) – A plane bound for Japan got “stuck” at a runway at the Ninoy Aquino International Airport following a mishap during takeoff early Saturday, December 14.

The Civil Aviation Authority of the Philippines (CAAP) said in a statement that all 140 passengers and crew onboard the Jetstar Japan plane were safe.

CAAP said that based on the initial report, an Airbus 320 Jetstar plane bound for Tokyo “experienced Runway 13/31 excursion upon making 180 degrees turn for departure” at 2:33 am on Saturday  “and got stuck at the grassy portion of the runway.”

It said that CAAP Aircraft Accident Investigation Inquiry Board  investigators were investigating the incident.

The Manila International Airport Authority (MIAA) said that while the plane was preparing for takeoff, it “overshot the turn causing the front and right landing gears to veer towards the RSA (runway safety area) leaving the front to get imbedded in the soft ground.”

Runway 13/31, where the incident happened, was temporarily closed while the main runway, Runway 06/24, remained operational. The plane was removed from the runway by 11 am, and runway operations resumed at 11:10 am

Meanwhile, airlines issued advisories to their passengers following the incident.

“Please expect possible delays to flights departing from Manila, or arriving in Manila, as a result of the temporary closure. All flights are being redirected to the main runway, Runway 06/24, and this will result in longer waiting times as more aircraft line up for take off or landing at the main runway,” Philippine Airlines said in an advisory posted on its Facebook page.

Monreal said in an interview on DZMM that the incident is expected to have a “very minimal”  effect on NAIA operations since the runway involved was not the main runway.

“The runway which can accommodate large aircraft is operational,” he said.

Monreal assured the public that the incident was not on the same level as the Xiamen Air incident  that paralyzed airport operations for 4 days.

When asked, he said that based on his personal observation, it would be easier to remove the Jetstar plane from the runway since “only the nose wheel” of the plane was stuck on the shoulder of the runway. – Rappler.com