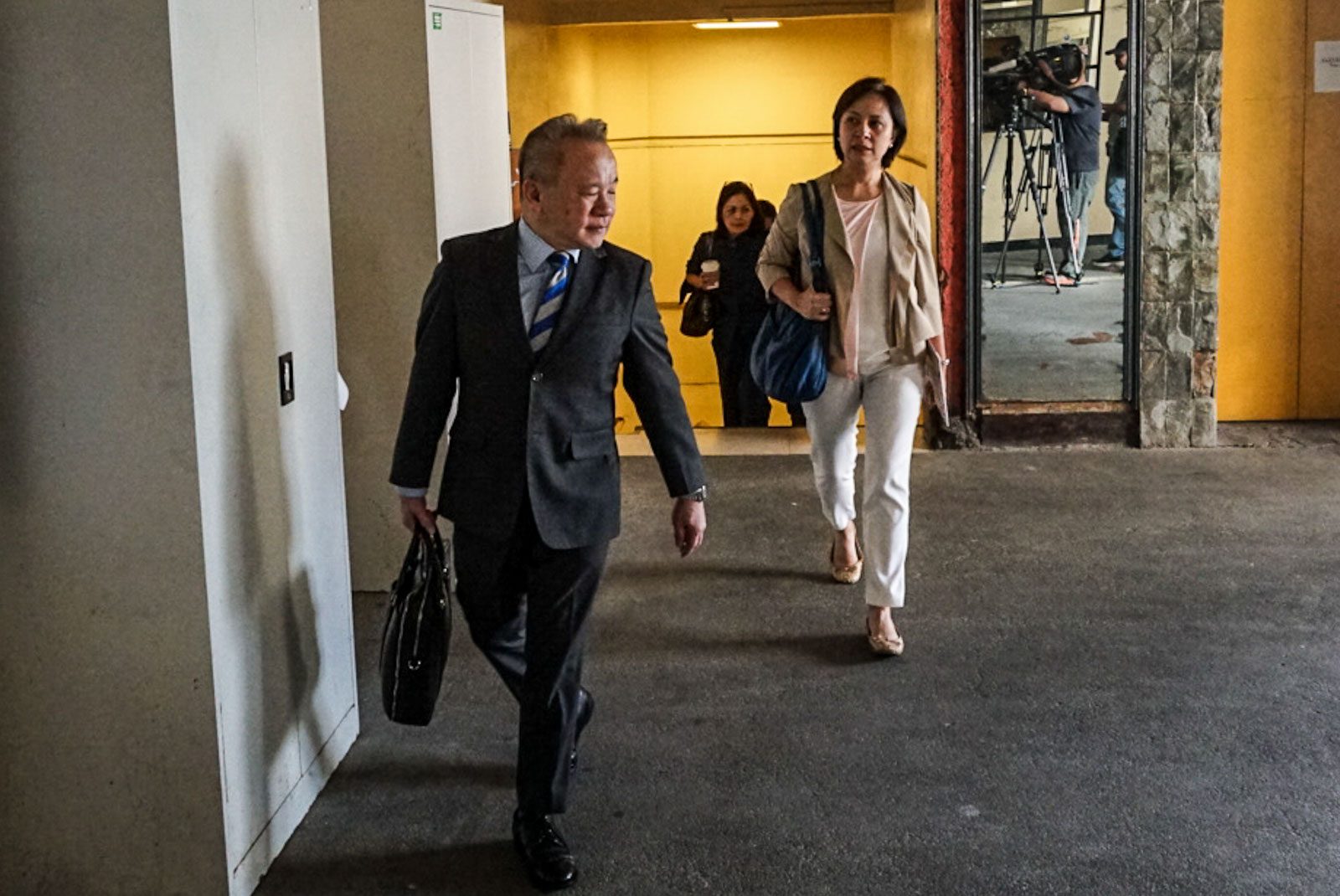 MANILA, Philippines – Republic Act No. 11458 or the Sotto law allows Rappler to keep its source confidential in the cyber libel trial at the Manila Regional Trial Court (RTC).

The Sotto Law allows journalists to keep their sources confidential “unless the court…finds that such revelation is demanded by the security of the State.”

Cruz then asked Hofileña if Rappler verified the intelligence report with other sources.

“There were multiple sources. There were also previous reports,” Hofileña said, referring to a 2002 Philippine Star report that has since been taken down from the news outfit’s website after Keng “raised the possibility of legal action” against them earlier this year.

Hofileña said Keng’s side was included in Santos’ story. “I would just like to emphasize that the story was not about Mr Keng, but about (the late former chief justice Renato Corona),” said Hofileña.

The 2012 article cited a phone conversation with Keng where the businessman denied that his vehicle was being used by Corona. (READ: Keng camp tries to pin down Maria Ressa in Rappler cyber libel case)

On the matter of his links to alleged illegal activities, Hofileña said the Rappler article cited Keng’s denials previously made to the Philippine Star and another column written by Ramon Tulfo.

“But the (Philippine Star story) is now gone. They’ve taken it down,” said Hofileña.

Cruz said that to his knowledge, Keng has not filed any other libel case against any other news organization over the particular story.

How the story was published

Hofileña was put on the witness stand to explain the newsroom process, particularly over the subject article written by former Rappler researcher-writer Rey Santos Jr about Corona and his links to businessmen like Keng.

Hofileña explained that in mid-2016, Keng’s lawyer Leonard de Vera got in touch with Rappler and gave them a certification from the Philippine Drug Enforcement Agency (PDEA) clearing Keng of any derogatory records from the agency.

The story was never published because, according to Hofileña, “just because a document is sent by anyone doesn’t mean it’s the truth. We needed to countercheck.”

Hofileña added that the countercheck process was not completed as Rappler became busy with its coverage of the drug war.

“You were covering which stories?” Cruz asked.

“The killings. Happening every day, every night,” said Hofileña.

While the article was published in 2012, the complaint was only lodged in 2017, ordinarily a lapse of the one-year prescriptive period of ordinary libel in the revised penal code.

To be able to charge Ressa and Santos, the DOJ extended one year for ordinary libel to 12 years for cyber libel. It’s a legal question that Te had earlier said they are prepared to raise to the Supreme Court if need be, as it will go to the heart of the young Philippine cybercrime law.

Rappler is set to file its formal offer of evidence, after which the case will be submitted to Manila RTC Branch 46 for decision. – Rappler.com