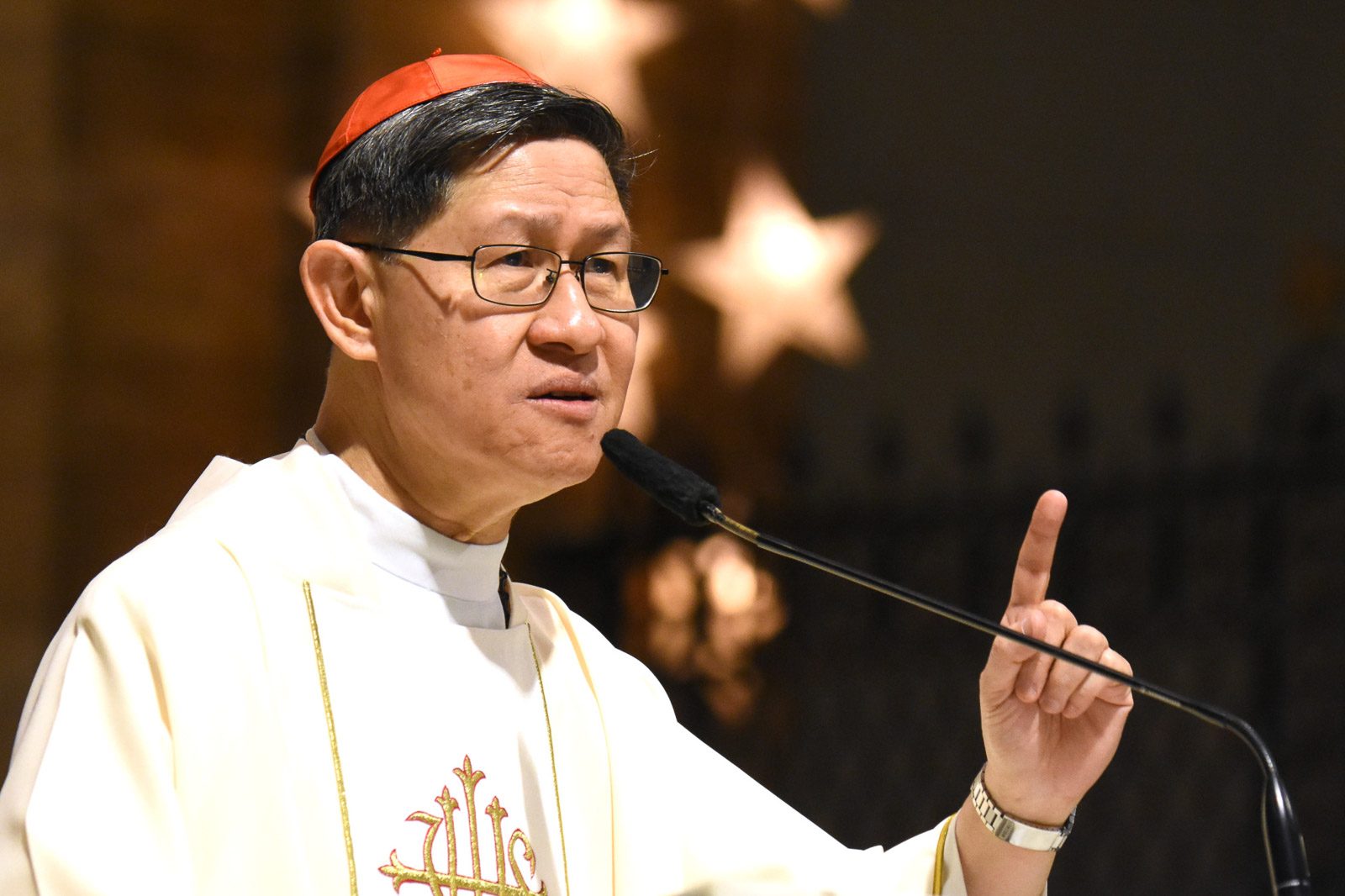 (This Christmas, is Jesus the one others long for? It doesn’t seem that way. It seems they’re just longing for bonuses. For them if there’s a bonus, it’s Christmas, even if there’s no Jesus.)

He also criticized those who avoid putting the crib of Jesus in their Christmas decor.

(What do they have? A box with a ribbon! Why, did Mary give birth to a box?!)

The Simbang Gabi is the Filipino tradition of attending Mass at dawn, or in the evening, for 9 consecutive days before Christmas. Tagle led the Simbang Gabi at the Manila Cathedral at 4:30 am on Monday.

In his homily on Monday, the cardinal also warned against fake news, at a time when opposing political camps in the Philippines spread fake news to discredit each other. Tagle himself has been a victim of fake news.

Tagle reminded Filipino Catholics about the meaning of Simbang Gabi – 9 evenings symbolizing the 9 months when Mary carried Jesus in her womb.

(Through the 9 Simbang Gabi Masses, it’s like we’re accompanying Mary for 9 months – one day for every month that Mary bore Jesus. And as we accompany her, we learn from Mary how to bear Jesus in our lives.)

Tagle is expected to soon vacate his position as Manila archbishop after Pope Francis appointed him as prefect of the Congregation for the Evangelization of Peoples. Upcoming reforms, if approved, could make this the second most powerful office in the Vatican bureaucracy, boosting Tagle’s chances of being elected to succeed Francis.

Aside from promoting Tagle, Francis on Sunday, December 15, showed another sign of affirmation for the Philippine Catholic Church as he led the Simbang Gabi for the first time in Vatican City. The Pope on Sunday had marching orders for Filipino Catholics: “Continue to be smugglers of the faith.” – Rappler.com