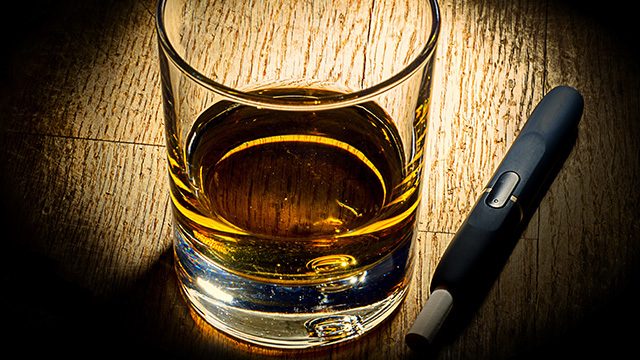 MANILA, Philippines – The measure that would increase alcohol and tobacco taxes anew is now awaiting the President’s signature.

Before the 18th Congress adjourned this year, both chambers ratified on Wednesday night, December 18, the bicameral conference committee report on the fresh round of sin taxes.

The bicam met on Tuesday, December 17, to iron out the disagreeing provisions of Senate Bill No. 1074 and House Bill No. 1206. If the President signs the enrolled bill, here are the additional sin taxes for alcohol and tobacco products come 2020:

After 2020, the bicam had also approved new tax rates for the said products until 2023:

The Senate approved the measure after President Rodrigo Duterte certified the bill as urgent. The certification allowed the upper chamber to conduct the final reading of SB 1074 on Monday, December 16, the same day it was approved on second reading.

But the enrolled bill wouldn’t bring significant revenues for the implementation of the Universal Health Care law as originally planned.

What were the disagreeing provisions? Under the original version of HB 1206, the proposed taxes ranged P30 to P60 on alcoholic drinks only. Before it was approved for 2nd reading, the House substituted its original version with a new one that also imposes P40 to P60 worth of taxes on heated tobacco products and vapor products.

But the original Senate version proposed higher rates, which were backed by the Department of Finance, leading to a four-hour bicam meeting on Tuesday.

“I had pushed for substantially higher sin tax rates under our committee report to meet the funding requirements for universal health care,” Cayetano said.

“Moreover, it is my firm belief that taxation can be an effective tool to deter the consumption of products that are deemed harmful to our people’s health. All this, while balancing the interests of the various industries involved,” she added.

Albay Representative Joey Salceda, the House ways and means panel chairperson, said that the chambers reached a compromise on the projected revenues. Under the House version, the originally proposed tax rates would bring P16 billion to the government on the first year of implementation, while the Senate version estimated it at P47 billion.

With the bicam-approved measure, the lawmakers estimated the new sin tax rates to generate P22.2 billion only – significantly lower than the Senate version. There would still be value-added tax exemptions on specific prescription medicines projected at P5.2 billion, bringing the net incremental revenues to P17.1 billion.

Lower revenues for UHC: Under the measure, the bicam agreed to split the revenues among the following programs:

That would mean the measure would only contribute a net of P10.26 billion to UHC. House Speaker Alan Peter Cayetano said on Tuesday that it wouldn’t be enough, but Salceda maintained it’s a “good start.”

The DOF had earlier expressed support for significantly higher sin tax rates, with an end view of funding the UHC. – Rappler.com