Ampatuans’ scramble after massacre turns loyal househelp against them 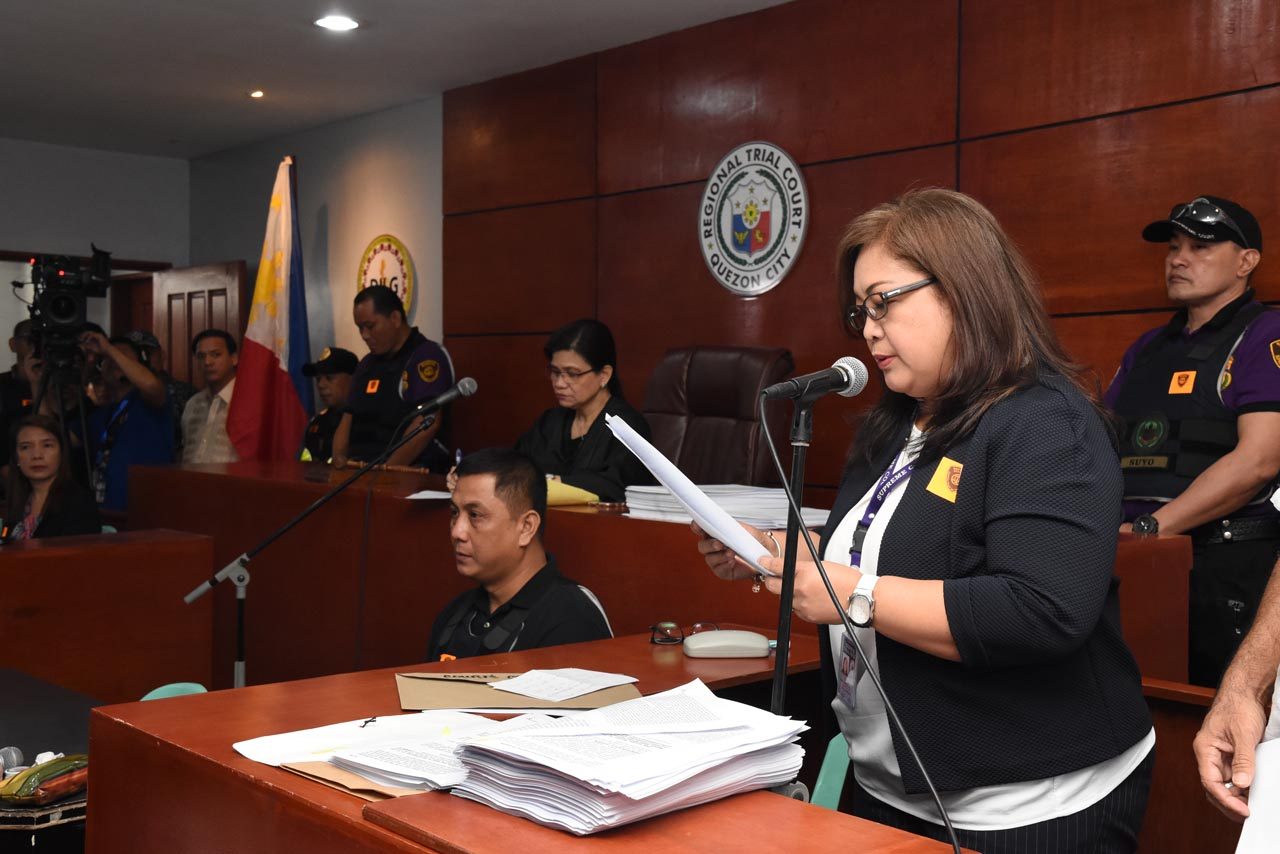 MANILA, Philippines – Lakmodin Saliao called himself a loyal househelp of the Ampatuans. He said he had found it difficult to testify against them, especially Datu Anwar Ampatuan Sr who raised him.

From the plotting of the massacre up to the escape plans, Saliao was a faithful servant to the Ampatuans – until one of them threatened to kill him. Then he squealed.

Saliao, an accused turned state witness, was key to the 10-year Ampatuan massacre trial. His testimonies of what he heard during the planning of the massacre helped convict Andal Sr aka Unsay, Zaldy, Anwar Sr, Anwar Jr and Anwar Sajid, in the 2009 grisly massacre in Maguindanao.

Judge Jocelyn Solis Reyes ruled that Saliao was a credible witness, shutting down claims from the Ampatuan brothers that a mere househelp wouldn’t have had much access to the family.

Saliao’s testimony corroborated the stories of Sukarno Badal, a former vice mayor in Maguindanao who pointed to the Ampatuans as masterminds.

Unlike Badal, Saliao was with the Ampatuans, particularly the patriarch Andal Sr, in the days immediately after the massacre, where he was used as an errand boy as the clan and their lawyers scrambled for either a defense or an escape plan.

On November 23, 2009, after 58 people have already been killed, Saliao said Andal Sr “was very happy and all smiles” inside his mansion. Even after hearing on the news that Unsay was the prime suspect, Andal Sr, Saliao said, was still calm. (Andal Sr died in 2015.)

“The witness saw that there were people in the farm; and he observed that they were laughing because they had accomplished their plan. Among these people, he particularly remembered Ustadz Faried Adas, Akmad Banganian, and Nori Unas. Later on, Andal Sr., together with his supporters – Atty. Cynthia Guiani Sayadi and Congressman Digs Dilangalen – talked about the possible surrender of Datu Unsay,” said parts of Reyes’ 761-page ruling.

Andal Sr even supposedly said he was willing to surrender Unsay, but only to then-president Gloria Macapagal-Arroyo.

“At 2:00 p.m. (of November 25, 2009), (Secretary Jesus) Dureza arrived. Their conversation culminated with the agreement that Datu Unsay will be surrendered only under the care of President Gloria Macapagal Arroyo,” said court records.  (READ: SUMMARY: Why many were acquitted, some convicted in Ampatuan massacre)

By December 6, with martial law declared over Maguindanao, Andal Sr was arrested and brought to the military base in Camp Panacan in Davao City. Saliao followed, and looked after the patriarch.

By March 19, 2010, Zaldy was getting increasingly inclined to let his brother Unsay take the blame.

“Father, I will accept that it’s only Datu Unsay who did this because I’m suffering, I cannot take it to be inside the jail,” Saliao quoted Zaldy as saying.

According to court records, it was lawyer Sigfrid Fortun who advised against it. Two years later, Zaldy would be interviewed inside his jail cell by television networks where he accused his father and brother Unsay of masterminding the killings.

But in Camp Panacan in 2010, there was still a semblance of unity, although they were beginning to scramble, especially after Andal Sr was taken to Camp Bagong Diwa in April that year.

Saliao went with Bai Ameera Ampatuan, who had a house in Maa, Davao City.

“On May 18, 2010, while in the house of Bai Ameera in Davao City, the latter called to inform him that she received information involving him with the Mangudadatus,” court records said.

Saliao denied it, but Bai Ameera made a loaded remark that liars are easily caught.

After that conversation, Galema Ampatuan, Bai Ameera’s half-sister, told Saliao that Andal Sr had instructed to kill him “because he knows so many things.”

“Saliao got scared of this information,” the decision said.

The next day, Saliao was instructed by Ustadz Fared Adas, then the education head of the Autonomous Region in Muslim Mindanao (ARMM), and lawyer Cynthia Sayadi to go to Davao and meet with the Ampatuans’ lawyer, Philip Pantojan.

Saliao learned that Pantojan would be killed in that meeting.

“The two were supposed to meet in Gaisano mall. But, bothered by his conscience, he did not proceed. Instead, he called Col. Cabangbang to inform him of what happened, and asked for his help so that he can escape and be referred to the Department of Justice (DOJ),” said the decision.

In the course of the trial, the Ampatuan camp tried to discredit Saliao.

“According to (Unsay), it was impossible for the former to have been accorded trust and confidence, especially on confidential and sensitive matters involving a killing as he was relatively a new employee in 2009, a complete stranger at the time he was hired,” said the decision, although Saliao swore he had been with the Ampatuans for 20 years.

But on the witness stand, Cabangbang said that while Andal Sr was in Camp Panacan, Saliao was basically the gateway to the patriarch, and that not even nurses could go inside the room without Saliao’s permission.

“He was a cellphone holder of Andal, Sr., every transaction that Andal makes Lakmodin was part of it. This only refutes accused’s allegations that Saliao has not been accorded trust and confidence by Datu Andal, Sr. as he was merely a ‘kasambahay,'” said Reyes.

“From the foregoing, it is thus, clear that the grounds relied upon by the accused in questioning the credibility of prosecution witnesses is unfounded,” Reyes said.

Private prosecutor Nena Santos said that the high point of the trial was that Saliao, and Badal, never recanted even when many other witnesses were taking back their testimonies, while some were just ending up dead.

After 10 years, 28 people including 5 Ampatuans were convicted for the massacre, while 15 were sentenced for a lesser offense of being accessories to the crimes. At least 56, including Ampatuan scions Datu Sajid Islam and Datu Akmad “Tato,” were acquitted. – Rappler.com