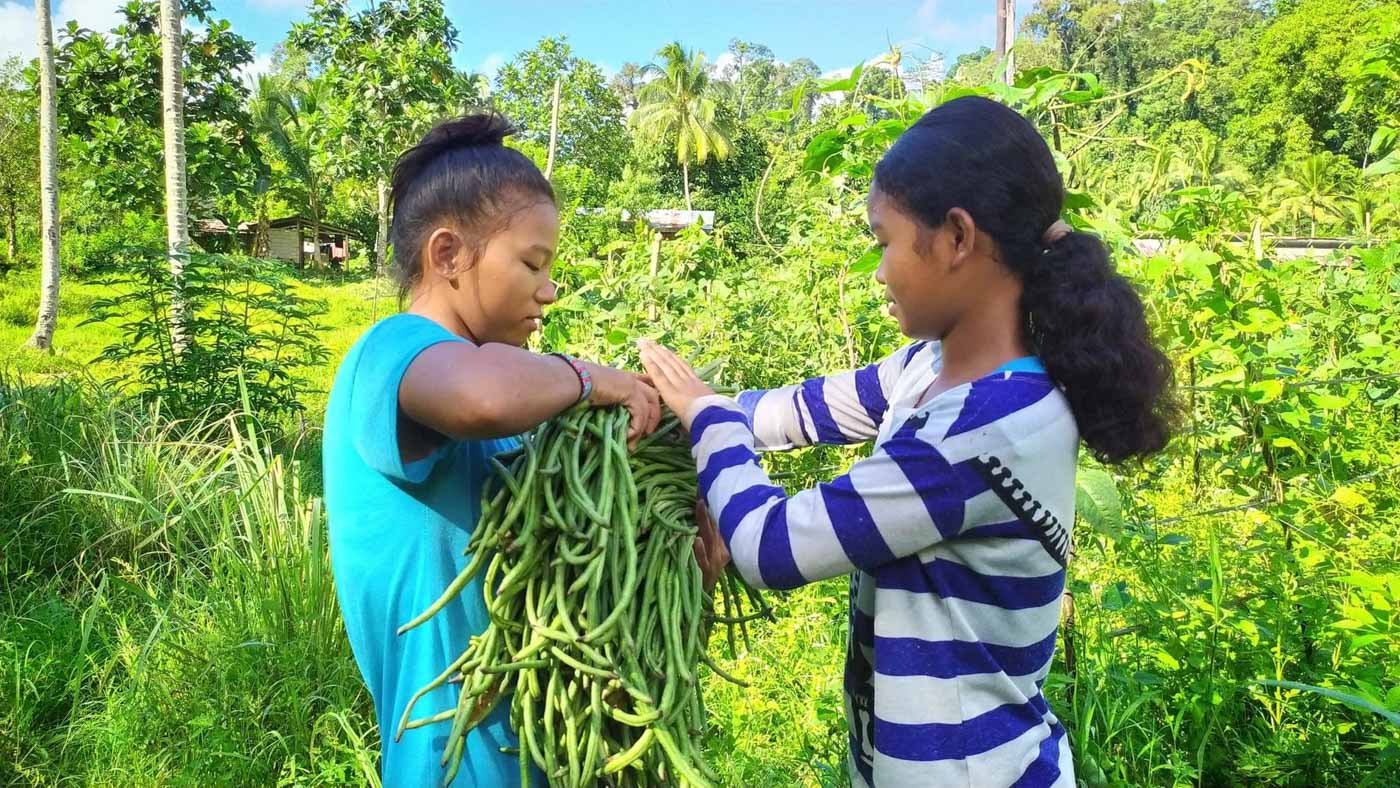 MANILA, Philippines – For the Lumad, farming is not only a livelihood but a core skill they can learn at school to cultivate and improve their knowledge about sustainable agriculture.

Alternative Learning Center for Agricultural and Livelihood Development (Alcadev), a non-formal secondary tribal school in the Caraga region, responds to the need of these indigenous people in Mindanao by offering an agriculture-focused education.

According to Chad Booc, a volunteer teacher at Alcadev, “Scientific and sustainable agriculture is one of the main thrusts of Alcadev’s brand of education.”

It aims to get rid of bad traditional practices, retain and improve the good practices of tribal elders, and add more advanced theories on farming to maximize food production at the minimum cost, while protecting the environment, Booc added.

There’s a need to teach Lumad students about sustainable farming because they have limited resources, and to enable them to practice it back home, in their community, where majority are poor farmers living in the hinterlands, he said.

Alcadev operates as an alternative school.

Students stay in dorms and practice farming through their two farms: demo farm and community farm. Academic subjects are integrated in their lessons.

Still, academic competency is the primary basis for Alternative Learning System students who want to pursue higher levels of education, so they are assessed through accreditation and equivalency tests.

In 2014, Alcadev was nominated and won 5th place in the National Literacy Awards Outstanding Literacy Program Category of the Department of Education (DepEd).

In 2015, while in evacuation, Alcadev students and teachers led the communities into developing idle lands from farmers’ organizations and support groups, allowing them to use the farming skills learned at Alcadev.

As a result, they were able to fill the food needs of 3,000 evacuees and were able to sell some more, according to a 2017 updated report prepared by NGOs and church institutions that support tribal schools in Caraga.

For Booc, these proved how this agriculture-based education helps “make sure that the crops that we grow can always address the needs of the community.”

A town councilor also acknowledged this role of the Lumad farmers in food security of downtown communities, said Booc. 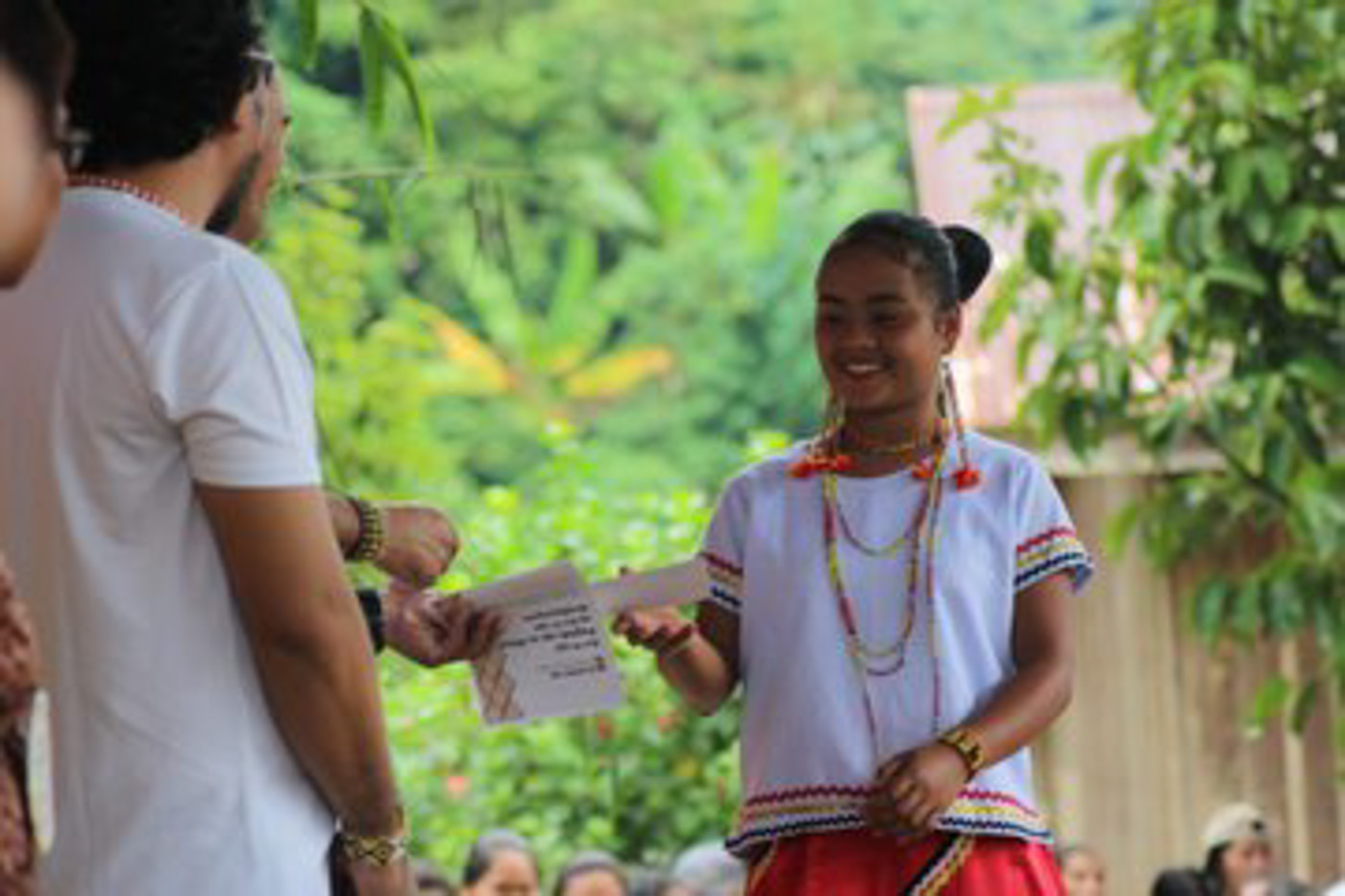 This development, however, has been affected by extractive projects, such as large-scale logging and mining.

As of 2015, there had been 15 coal operating contracts in Caraga, encompassing at least 42,000 hectares of land.

According to Caraga Watch, which monitors investments in the region, 5 mining companies are set to operate in the coal-rich Andap Valley Complex, where Alcadev is located. These include Benguet Mining Corporation, Abacus Mining, CoalBlack Mining, GreatWall Mining, and ASK Mining, said Booc. The Lumad resisted these by not providing consent via Free, Prior, and Informed Consent.

Kenneth Cadiang, an Alcadev teacher, said foreign mining companies use the Armed Forces of the Philippines (AFP) as investment defense forces to drive the Lumad away from their ancestral lands.

He said there is current encampment of the 3rd Special Forces Battalion (3rd SFB) in civilian Lumad communities. Since August, 2016, there have been military encampments in Lumad communities in Simowao in Barangay Diatagon, Surigao del Sur, he said, pointing out that this is against International Humanitarian Law.

“It is the AFP that forced Lumads to evacuate to lowlands to get rid of harassments. This resulted in them not being able to plant,” he said.

However, he emphasized that this isn’t new. It had been going on for decades since the government’s earlier attempts to allow mining in these areas.

Booc lamented why the AFP and the government couldn’t protect them from these mining companies. “They keep on blurring the lines on these armed conflicts, that they accused everyone there as communists,” he said. Even the volunteer teachers have to temporarily quit teaching at Alcadev because of threats.

He said they didn’t want what happened to Mamanwas in Surigao del Norte because of mining. “Some can be seen begging in the streets, while others are homeless, if not forced to live in cramped up relocation sites,” he said.

In 2018, when Typhoon Basyang (Sanba) battered Caraga, the reported casualties were from mining towns due to landslides. A steel bridge was also wiped out, and mud cascaded down from the mountain, causing homes and vehicles to be almost buried. 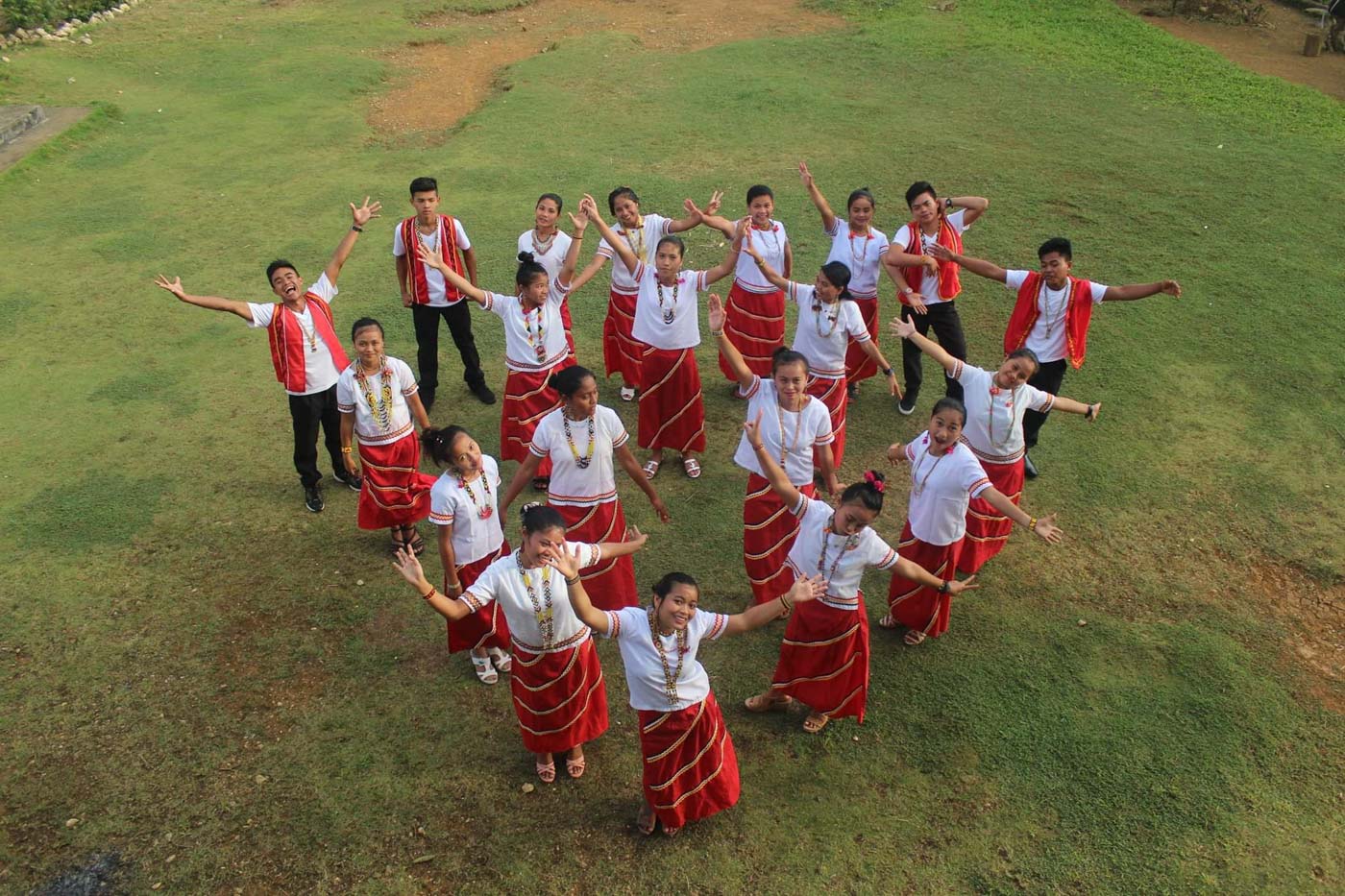 Jenny Rose Hayahay, a graduate of Bachelor in Education, said the Lumad youth understand their struggle as a community and the need to defend their ancestral lands. Hayahay is a volunteer teacher in Davao del Sur, where many of the tribal schools for elementary students have been closed by the Department of Education due to various allegations.

They even have to go to Manila to make their struggles known through protests. The most recent of them include the series of protests they did in front of the Department of Environment and Natural Resources main office in Quezon City, and their participation in the University of the Philippines Lantern Parade, which they had been doing since 2017.

“Do you think a 16-year-old bakwit (evacuee) would do this just for aesthetics, like showcase their songs and clothing, through a presentation?” she asked.

The evacuation disrupts the education of Lumad youth, all because of militarization in the Lumad areas, she said.

At the evacuation center or at the UP Institute for Small-Scale Industries building, where many of them have been staying for some time now, Hayahay’s student would tell her, “Teacher, we missed singing while planting.”

“So, every morning, even if we weren’t invited by the gardener here, we would go there, because my students say they missed the feel of the soil on their feet,” she said.

Imagine what could be accomplished when their Lumad graduates, who return to their community as agriculturists, would be working hand-in-hand with fellow non-IP experts. – Rappler.com