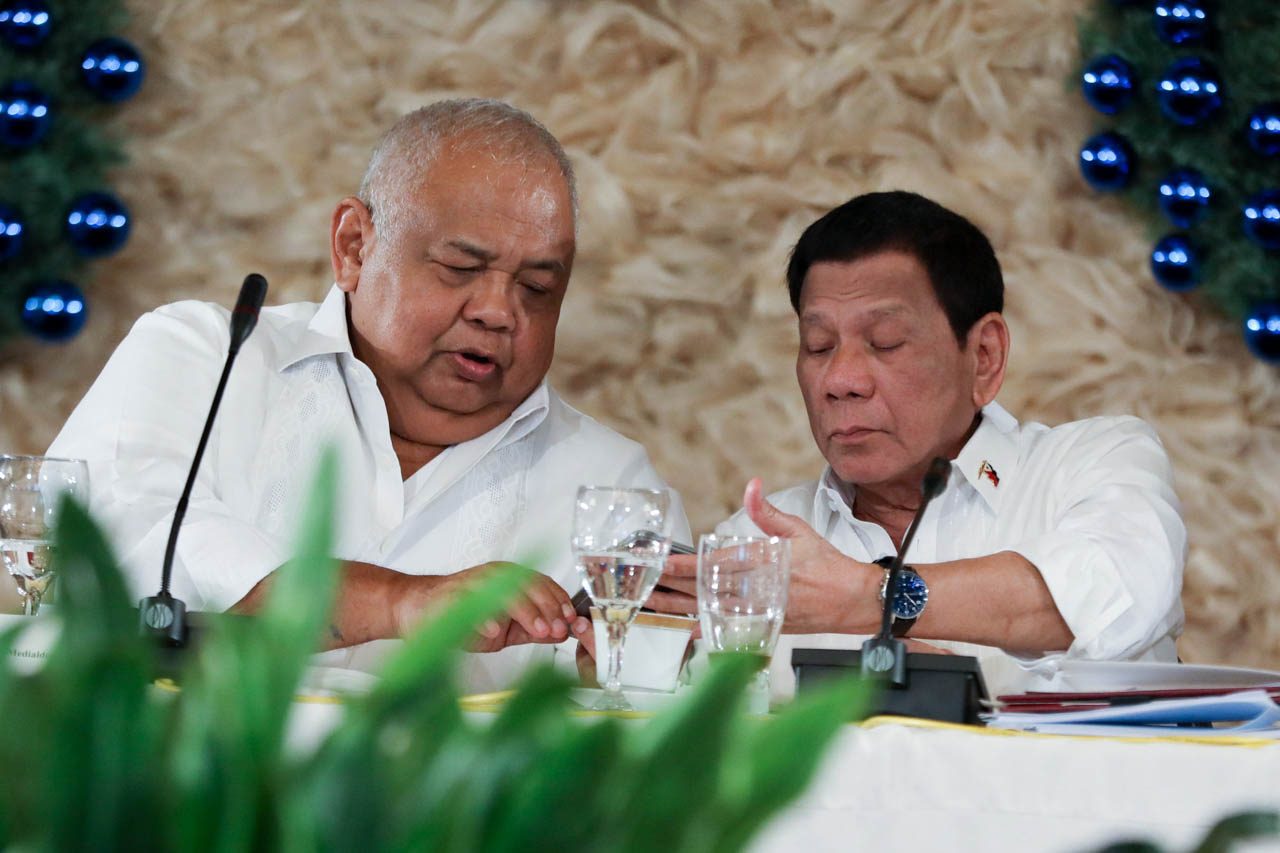 MANILA, Philippines – President Rodrigo Duterte gave peace talks with communist rebels another chance as he reconstituted a peace panel with communist guerrillas and named his trusted executive secretary, Salvador Medialdea, as one of its members.

The announcement came on Sunday, December 22, as Duterte declared a 16-day ceasefire that takes effect on Monday, December 23, and will last until January 27. The President matched the ceasefire earlier declared by the Communist Party of the Philippines (CPP).

“The President has ordered the reconstitution of the Government of the Republic of the Philippines (GRP) Negotiating Panel, naming Executive Secretary Salvador C. Medialdea as among its members,” Presidential Spokesperson Salvador Panelo said in a statement.

It is not yet clear if the old members of the government negotiating panel such as Labor Secretary Silvestre Bello III, who led backchannel talks with the political arm of the Communist Party of the Philippines, the National Democratic Front (NDF), will be reappointed to the panel.

The ceasefire declaration and the resumption of peace talks came as a surprise to many in the wake of Duterte’s latest tirades against the communist rebels. Defense Secretary Delfin Lorenzana had also bucked calls for ceasefire with the rebels.

The new development also comes amid months of intense counter-insurgency moves by the military in key cities and provinces nationwide.

In early December, Duterte announced he sent Bello to Utrecht to discuss a possible resumption of talks with the NDF. The government’s condition to hold the talks in the Philippines was immediately rejected by the NDF, however.

It is also not clear how the peace negotiations will proceed.

Duterte had previously announced the formal cancellation of talks and made statements about scrapping agreements signed during former administrations in order to start the talks from scratch.

“With the undertaking of these confidence-building measures – a reflection of the seriousness and commitment of the [government], as well as a mark of goodwill on the part of the commander-in-chief – the Office of the President looks forward to the possible resumption of peace talks with the NDF, achieve accord with the whole coalition and ultimately, attain a lasting peace among the citizenry of our country,” Panelo said. – Rappler.com