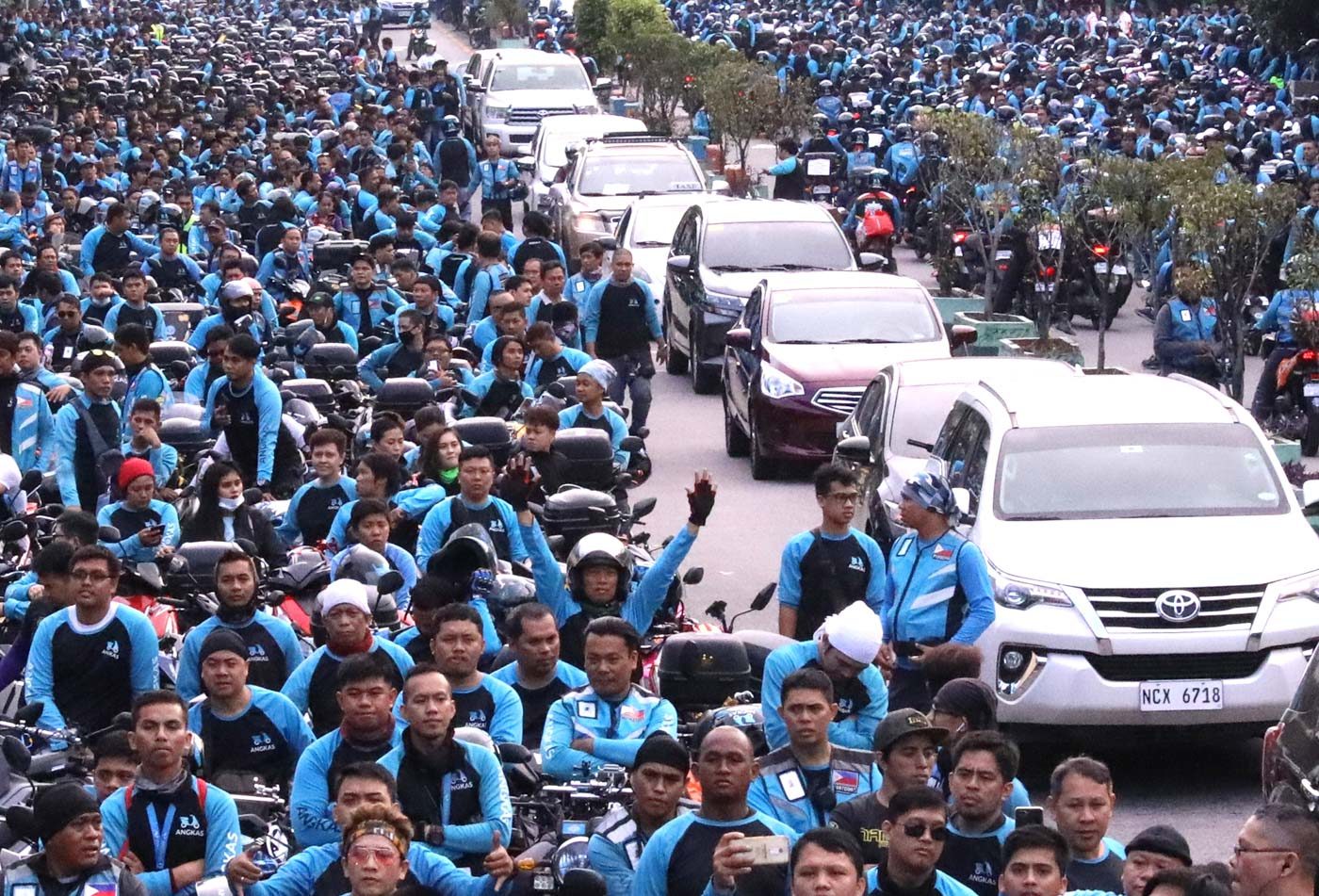 Facebook Twitter Copy URL
Copied
Angkas has until the first week of January to submit its 13,000 registered bikers to the government's technical working group for motorcycle taxi operations

MANILA, Philippines – The government’s technical working group (TWG) tasked with monitoring the 6-month pilot run of motorcycle taxi operations is allowing the gradual displacement of Angkas bikers “in the spirit of Christmas.”

This means that 17,000 bikers won’t immediately lose their jobs on Monday, December 23, when the pilot run extension starts, or on December 26, when the initial pilot ends.

Instead, TWG head Antonio Gardiola Jr told a press conference on Monday, December 23, Angkas has until the first week of January 2020 to submit its final list of 13,000 registered bikers.

(But then after that we will now enforce, there will be an accompanying enforcement. Why? Why will there be enforcement? We don’t want this to balloon again. Now, we already have our monitoring mechanism. We can monitor even those in the field if the rider is registered or not.)

He added that if the other two providers cannot fill the 13,000 biker cap, then the TWG can adjust in the future and allow Angkas more bikers.

According to new provisions announced by the TWG on Friday, December 20, Angkas, the sole motorcycle taxi provider during the pilot, has to share the new 39,000 biker cap with two new providers in the 3-month pilot extension, JoyRide and Move It. (READ: After 3 years, Angkas is still not making money)

Angkas and its bikers protested the new rule on Sunday, December 22, demanding that the government “save Angkas” and questioning the TWG’s intentions, given what Angkas described as TWG’s sudden announcement.

But the TWG said in a release and at the press conference on December 23 that the focus of the extended trial period is not livelihood. Rather it is to study the safety and viability of using motorcycles as public utility vehicles.

The two new players begin their operations for the extended pilot run on Monday, December 23.

According to TWG spokesperson Joel Bolano, Angkas has already registered 2,210 bikers with the TWG as of December 23. Joy Ride, 1,669, out of its 6,500 bikers on board. – Rappler.com