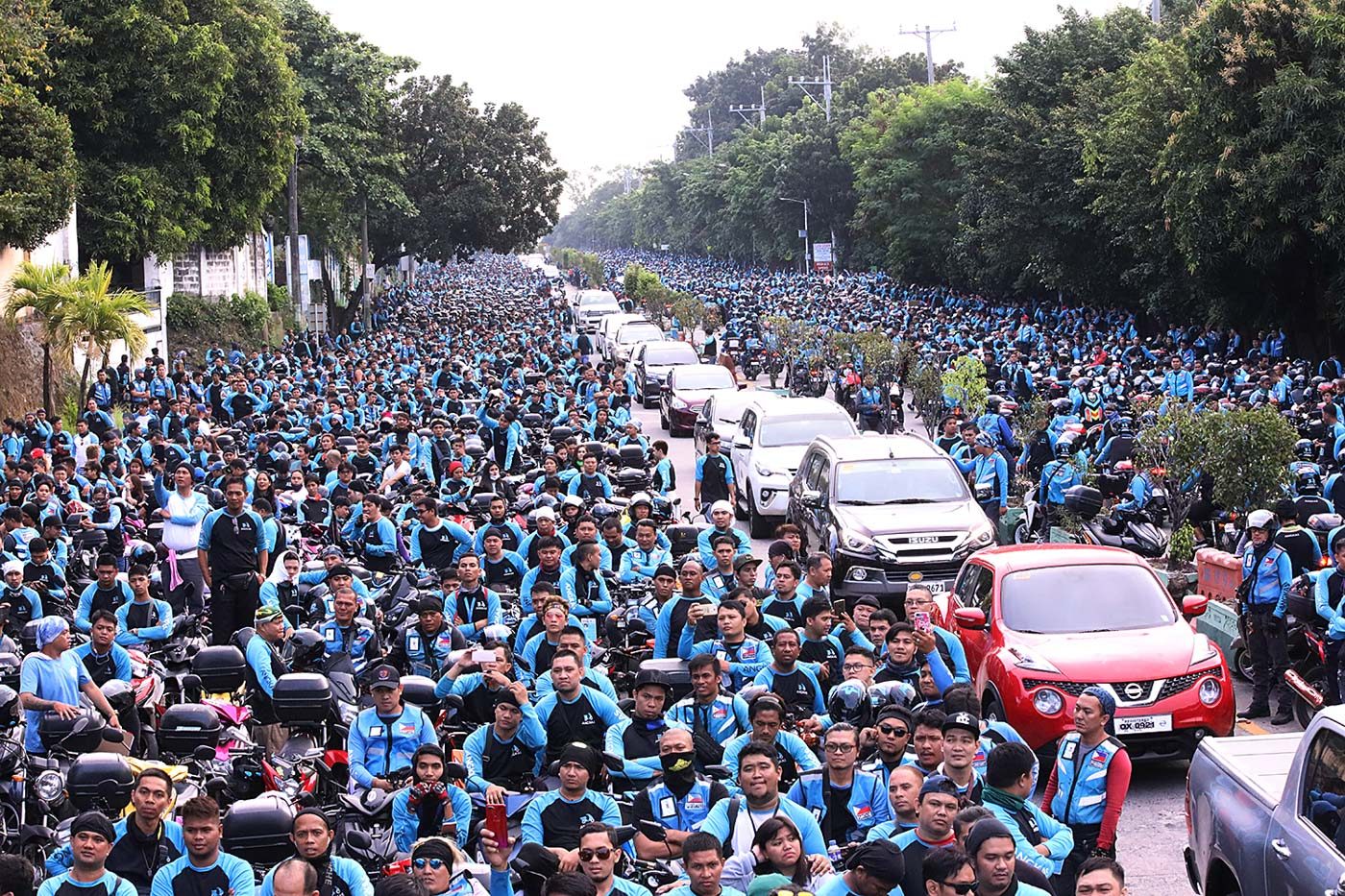 MANILA, Philippines (UPDATED) – New motorcycle taxi service provider JoyRide PH already has 6,500 bikers onboard, which allows it to take in only an additional 3,500 more to meet the technical working group’s (TWG) 10,000-biker limit.

In an interview with Rappler on Wednesday, December 25, JoyRide Vice President for Corporate Affairs Noli Eala said that they are open to taking in Angkas’ displaced bikers, as long as they comply with the TWG’s guidelines. (READ: TWG allows gradual displacement of Angkas bikers ‘in the spirit of Christmas’)

“We’re still going to be very stringent in the way we evaluate our riders based on our processes and based on the guidelines of the TWG,” said Eala. “But we’re open and we certainly welcome the opportunity to take in as many riders as we can, based on the 10,000 allocation given.”

Meanwhile, another new player, Move It, said that they have on-boarded and registered less than 500 bikers with the TWG, but probably wouldn’t be able to fill up the slots for 10,000 bikers allotted to them by the first week of January.

“Realistically, we may not be able to reach that [10,000],” Move It operations manager Eric Lindsey Torres told Rappler on Wednesday, December 25. “And we’re not going to force that onto ourselves because it’s quite impossible, really…. And you have to screen them, filter them, train them all. That’s a tough thing to accomplish.”

Torres said they were hoping to reach around 2,000 to 5,000 bikers by the first week of January, and they were open to having the TWG adjust the cap as needed. The TWG previously mentioned that they would adjust the biker cap if the companies fall short or overshoot the limit.

In extending the pilot run on motorcycle taxis as public utility vehicles by 3 months, the TWG assigned to monitor the study implemented a new 39,000 biker cap split among 3 providers – Angkas, JoyRide, and Move It.

Angkas, which was the sole provider during the initial 6-month pilot, stands to lose 17,000 bikers in Metro Manila under this new guideline, as it originally had a 27,000-biker cap. The TWG said that these bikers could be absorbed by the new players. (READ: Thousands of bikers, supporters demand ‘save Angkas’)

JoyRide began operations when the pilot extension took effect on Monday, December 23. Eala said that out of their 6,500 onboarded bikers, 1,300 are already accepting bookings and they hope to have 3,500 bikers on the roads within the week. The rest will be on the road by January 2020.

Eala was also confident their bikers would be safe, even as Angkas had cautioned against ramping up the fleet of the other two service providers to 10,000 each in a short period of time. “We’ve very deliberate in who we send out, that’s why we’re not sending out everyone else although we’ve onboarded more than 6000 already, we’re very careful also as to who is ready and who is not,” Eala said, adding, “We’re very confident in our processes, and I think those fears are not really founded.

When asked if he thought the 39,000 cap split among providers was fair, Eala preferred not to comment. “All I can say is that we were told about that and we will comply,” he said. – Rappler.com