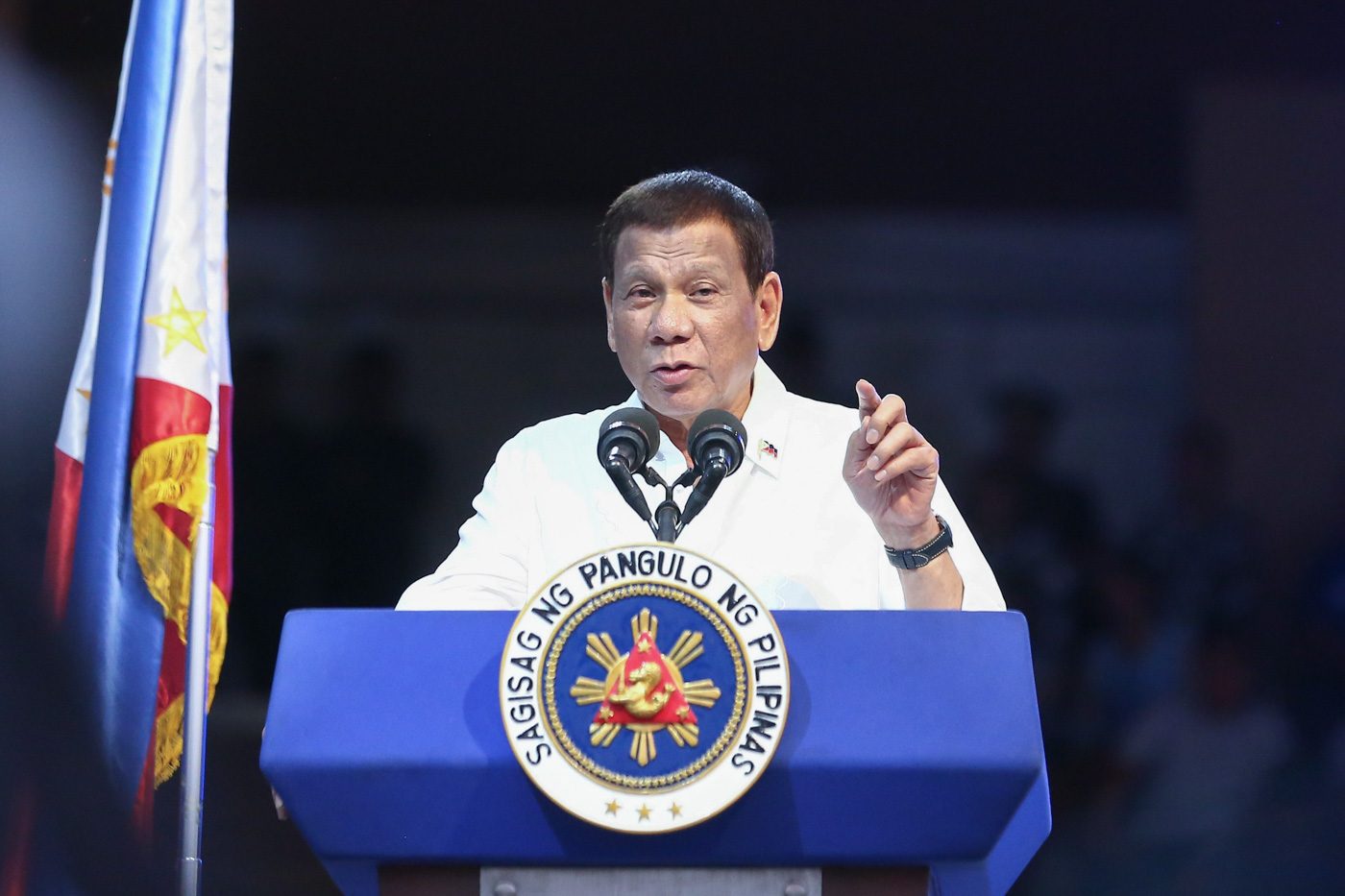 MANILA, Philippines – President Rodrigo Duterte has extended the shelf life of “all appropriations” under the current P3.662-trillion* budget for 2019 until December 31, 2020.

Duterte signed Republic Act (RA) No. 11464 on Friday, December 20, but a copy was sent to the media only on Thursday, December 26.

RA 11464 amends Section 65 of RA 11260 or the 2019 General Appropriations Act to read as follows: “All appropriations authorized in this Act shall be available for release and obligation for the purpose specified, and under the same special provisions applicable hereto, until December 31, 2020.”

Lawmakers from both houses moved to extend the validity of the 2019 budget following the months-long delay in its approval as well as the election ban that had barred the government from spending funds for new projects during the May elections.

The passage of the 2019 budget was hounded by accusations of illegal budget insertions, including the alleged return of the pork barrel and the so-called “parking” funds scheme.

“Parking” funds is a term used when a lump sum, often without a specific purpose identified for its use, is listed under the budget of a particular congressional district. But the lawmaker of that district is informed by a fellow lawmaker that the allocation is merely listed or “parked,” but will be used for a different project or district.

The budget deadlock delayed the passage of the 2019 GAA and forced the government to reenact the 2018 budget in the 1st quarter of 2019.

Duterte approved the 2019 budget only in April, but not after vetoing the controversial multibillion-peso funds under the Department of Public Works and Highways.

(Editor’s note: An earlier version of this story said the current budget was at the current P3.757 trillion. The 2019 budget is at P3.662 trillion because of the president’s veto on the budget.)