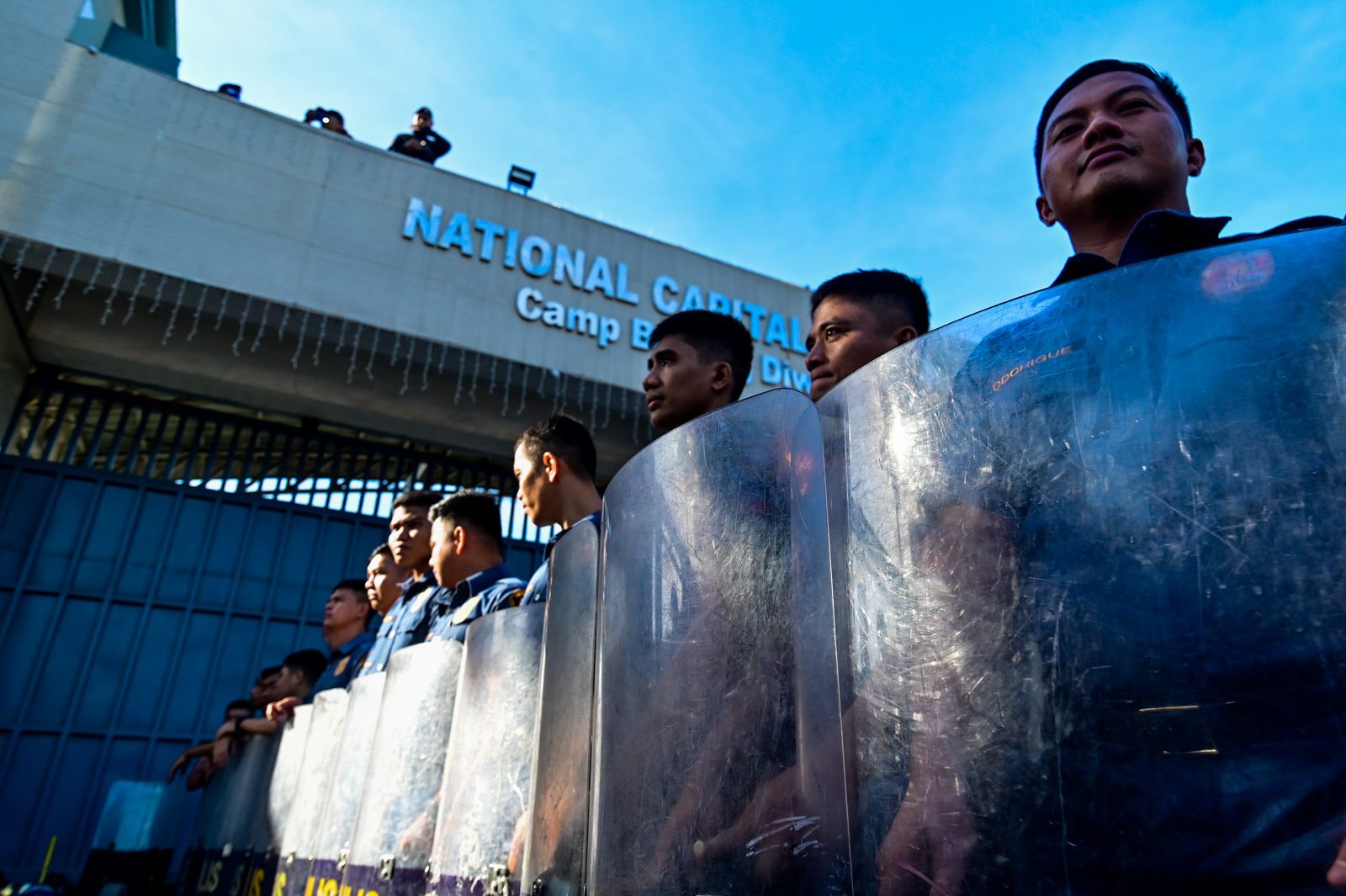 In a statement on Thursday, December 26, De Lima said that the police should uphold the rights of persons deprived of liberty (PDL) and allow their families to visit them. Camp Bagong Diwa is under the National Capital Region Police Office (NCRPO).

“I condemn this blatant violation of the rights of these persons deprived of liberty. The timing of this latest harassment couldn’t be any worse, considering the Christmas season,” De Lima said.

(Will their own families, too, be denied of visiting political prisoners this Christmastime? What excuse will they give this time for this blatant harassment?)

Kapatid, an organization that works towards the freedom of political prisoners, first sounded the alarm when its spokesperson Fides Lim was denied entry on Sunday, December 22.

As President Rodrigo Duterte ordered a 16-day ceasefire with communist rebels on Sunday, Lim was barred from visiting her husband Vicente Ladlad, a consultant for the National Democratic Front (NDF), who was arrested in November for alleged illegal possession of firearms.

In a statement on Monday, December 23, Kapatid said that the visitation ban was implemented “arbitrarily with obvious discrimination and not in accordance to law.”

“We deserve a clear and reasonable explanation, and we seek a dialogue with your office to put a stop to such unreasonable, illegal, and unjust prohibitions that violate the right of families and friends of political prisoners to visit them,” Kapatid said in a statement.

Section 2 of Republic Act No. 7438, the law that defines the rights of PDLs, said any person arrested, detained, or under custodial investigation “shall be allowed visits by or conferences with any member of his immediate family.” Violation of the law “at any hour of the day” shall suffer imprisonment of not less than 4 years nor more than 6 years, and a fine of P4,000.

Rappler has reached out to the NCRPO for comment but it has yet to respond as of this posting. – Rappler.com