Facebook Twitter Copy URL
Copied
Philippine authorities have repatriated 149 Filipinos from Libya but over 1,000 other Filipinos, mostly OFWs and their dependents, still live in Tripoli and surrounding areas

MANILA, Philippines – Seven more Filipinos living in Tripoli, the war-stricken capital of Libya, have been repatriated to the Philippines, the Department of Foreign Affairs (DFA) said on Friday, December 27.

The DFA said the Philippine Embassy in Tripoli repatriated a group of 5 adult and two minors on Thursday, December 26, just a day after Christmas. They are the 13th batch of repatriated Filipinos since intense fighting broke out in the Libyan capital in April.

The DFA, assisted by the Department of Labor and Employment, has so far repatriated 149 Filipinos from Libya. 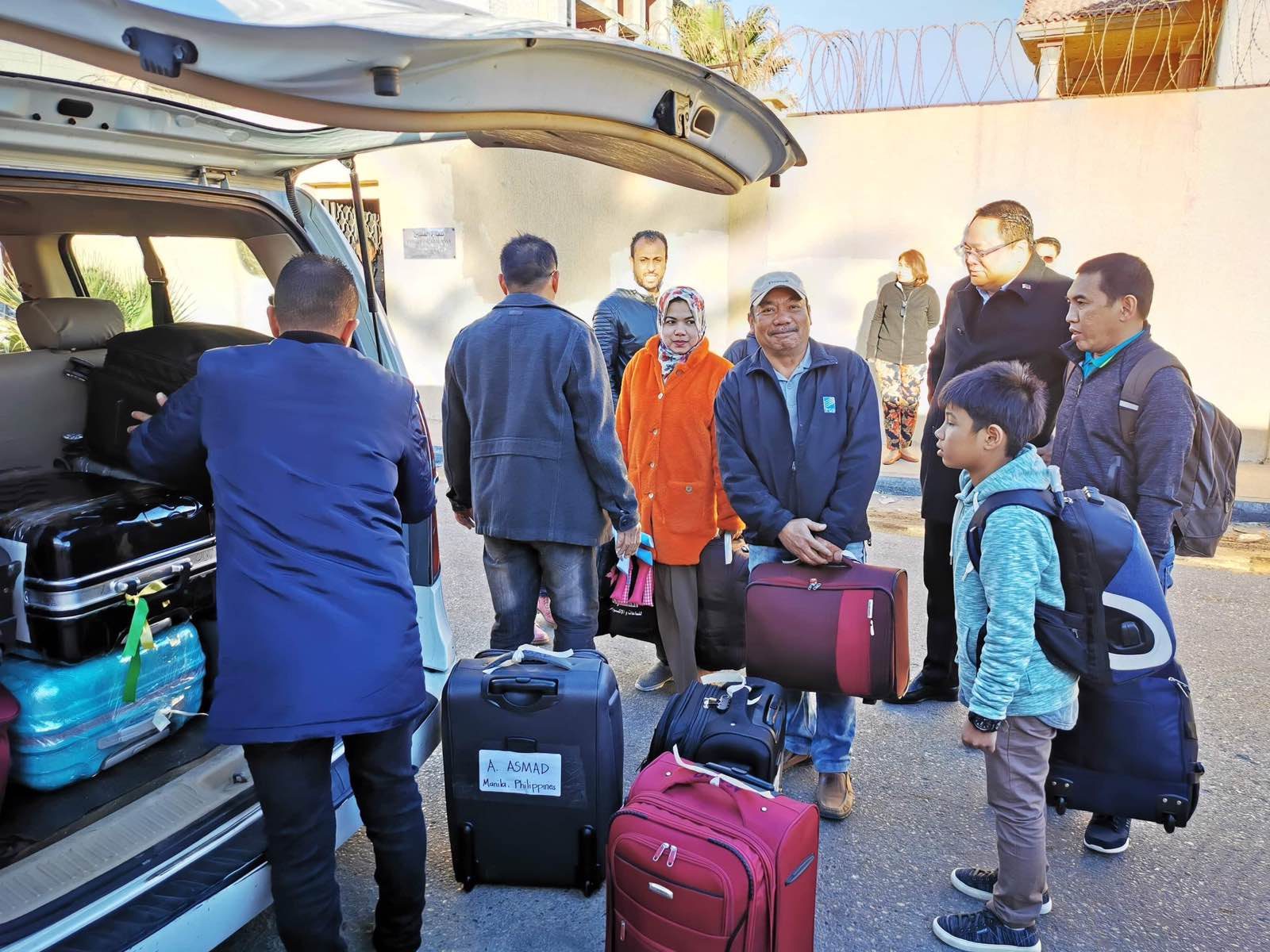 Philippine Ambassador to Libya Elmer Cato said the 7 Filipinos will first fly to Tunis to board their connecting flight to Manila.

The DFA once again appealed to Filipino workers based in conflict-stricken areas to “relocate as soon as possible in anticipation of further escalation of hostilities.”

More than 1,000 Filipinos, mostly OFWs working as nurses and health workers as well as their dependents, live in Tripoli and its surrounding areas.

Only 10% of Filipinos based in Tripoli have accepted the Philippine government’s repatriation offer, while several of those displaced by the war were given temporary shelter by the Philippine Embassy.

More than 140,000 Libyans have been displaced after forces loyal to eastern-based strongman Khalifa Haftar launched a series of attacks on Tripoli in April. – Rappler.com