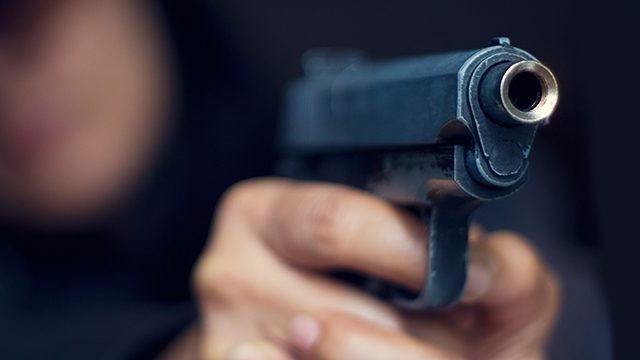 CEBU CITY, Philippines (UPDATED) – A veterenarian who just came from a slaughterhouse was killed in an ambush before dawn Monday, December 30, in Talisay City in Cebu.

A report by the Talisay City Police said Neil Pala Boligao, 48, was driving his white Toyota Hi-Lux when an unknown pair riding a motorcycle gunned him down around 2 am Monday in Sitio Maanyag, Barangay Biasong, Talisay City.

According to Patrolman Eleazar Belciña, investigator of the case, two men on board a black and white DT motorcycle, approached the driver side of Boligao’s vehicle while the victim was manuevering towards the main road. Boligao, the report said, just came from a slaughterhouse.

Eyewitnesses told Belciña that the passenger of the motorcycle pulled out a gun and fired several times at the victim’s car. The motorcyle then fled the area.

Police also recovered in the area 5 spent shells of a possible .45 caliber pistol.

Talisay City cops were still gathering information about the victim and looking into closed-circuit television (CCTV) near the area as of this posting. – Rappler.com