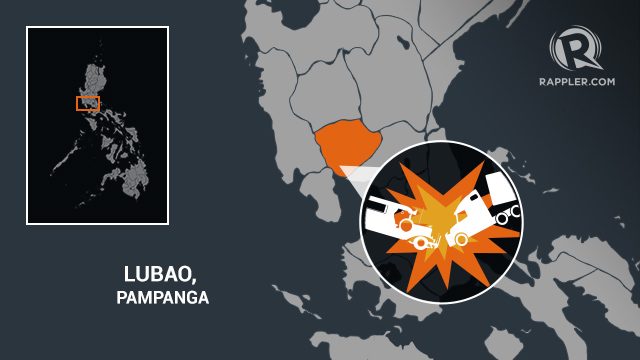 PAMPANGA, Philippines – At least 7 people were killed and over a dozen others injured in a road collision in Lubao town on New Year’s Day.

Fajardo said that according to the Lubao police report, a jeepney with 22 passengers was on its way to San Fernando City when a Nissan Navarra pickup truck suddenly crossed the road and hit the left side of the jeepney.

The jeepney driver lost control of the vehicle, which tipped on its side and landed on the opposite side of the road. An oncoming Isuzu drop-side truck rammed the jeepney.

The driver and passengers of the jeepney were brought to a hospital but 7 of he passengers were pronounced dead on arrival, police said. – Rappler.com