U.S. Senator Markey: Duterte’s threats will not silence us

Jan 3, 2020 9:51 AM PHT
Sofia Tomacruz
Facebook Twitter Copy URL
Copied
'President Duterte is sorely mistaken if he thinks he can silence my voice and that of my colleagues,' says United States Senator Edward Markey after he is barred from entering the Philippines 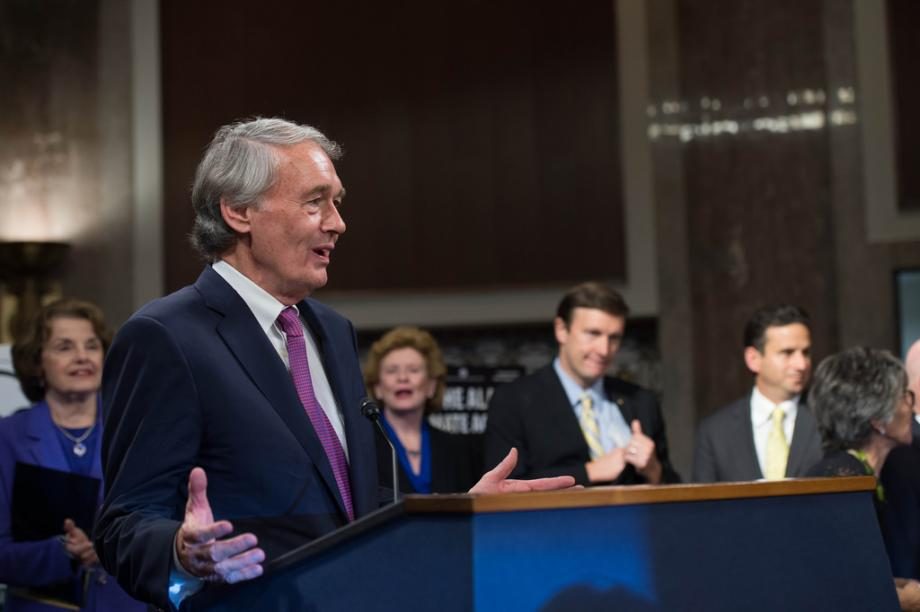 “President Duterte is sorely mistaken if he thinks he can silence my voice and that of my colleagues. He has already failed to silence Senator De Lima, Maria Ressa, and others in his country who have spoken truth to power,” Markey said in a statement Friday, January 3.

“I stand with the people of the Philippines and with my state’s vibrant Filipino-American community in fighting for the highest democratic ideals and against the strongman tactics of the Duterte government,” he added.

Markey issued the remarks in response to President Rodrigo Duterte’s decision to bar him over a US Senate resolution he authored, which condemned the continued detention of De Lima, denounced the Philippine government for its role in extrajudicial killings seen in the “war on drugs,” and called out the harassment of the media in the Philippines, particularly of Rappler’s Maria Ressa.

What prompted the ban? On December 27, Duterte initially ordered the Bureau of Immigration to deny entry to US senators Patrick Leahy and Richard Durbin in retaliation for sanctions that barred Philippine officials involved in De Lima’s case from entering the US.

The provision to deny entry to Philippine officials was included in US 2020 State Department budget signed by President Donald Trump last December 20. This is separate from the US Seante resolution authored by Markey.

However, days later on Wednesday, January 1, the ban extended to cover Markey over the resolution he authored and filed along with 4 other US Senators, including Durbin.

What happens next? If Markey’s resolution is adopted by the entire US Senate, Philippine officials involved in the arrest and detention of De Lima face the prospect of being denied US visas and having their assets there frozen. (READ: What we know so far: Proposed U.S. sanctions vs PH officials in drug war)