Jan 4, 2020 2:23 PM PHT
Pauline Macaraeg
Facebook Twitter Copy URL
Copied
'There is no harm in being prepared, identifying contingency measures, and taking due diligence in anticipation of a worst-case scenario in the Middle East,' says the Trade Union Congress of the Philippines 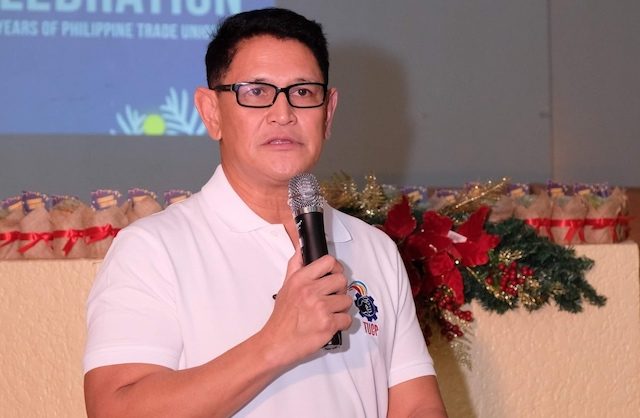 MANILA, Philippines – Amid rising tension in the Middle East, labor group Trade Union Congress of the Philippines (TUCP) urged President Rodrigo Duterte to devise a government evacuation plan for the estimated 1.2 million overseas Filipino workers who might be affected by conflicts that may arise in the region.

This comes after top Iran commander Qasem Soleimani was killed in a US strike on January 3, upon orders of US President Donald Trump. Iran’s supreme leader Ayatollah Ali Khamenei responded to the attack by vowing “severe revenge” for Soleimani’s death.

“With these inauspicious fast turning of events, the fate of our OFWs in the Middle East now hangs uncertain. With the growing instability in that region, there is an urgent need for a Philippine government escape plan that takes every OFWs from harm’s way either by land, sea or air,” said TUCP president and TUCP Representative Raymond Mendoza.

There are an estimated 1.2 million registered OFWs working in Middle East countries such as Saudi Arabia, the United Arab Emirates, Qatar, Lebanon, Kuwait, Jordan, Israel, and Bahrain. There are also unregistered or undocumented OFWs illegally working in the region.

“We therefore call on the President to convene a multi-government agency panel that would devise an early escape plan which would lead or supervise a possible relocation or repatriation of our OFWs before they are directly affected by the escalating armed conflict in the region,” Mendoza said.

“There is no harm in being prepared, identifying contingency measures, and taking due diligence in anticipation of a worst-case scenario in the Middle East. Government advance planning will also alleviate worries and reduce anxieties felt by our OFWs and their families here at home,” Mendoza said.

The labor group said it was also looking at other  areas of concern in case the tension in the region escalated into armed conflict. These include the possible unemployment of Phillippine workers in the Middle East, and the impact of oil price hikes on goods and services in the country. – Rappler.com