The rally was organized by the Duterte Quezon City Gladiators in a move to support the technical working group (TWG) tasked to oversee the motorcycle taxi pilot run.

Members of the group brought and held up placards in support of the TWG as well as President Rodrigo Duterte and his administration. JoyRide bikers also participated in the rally and took photos holding the placards. 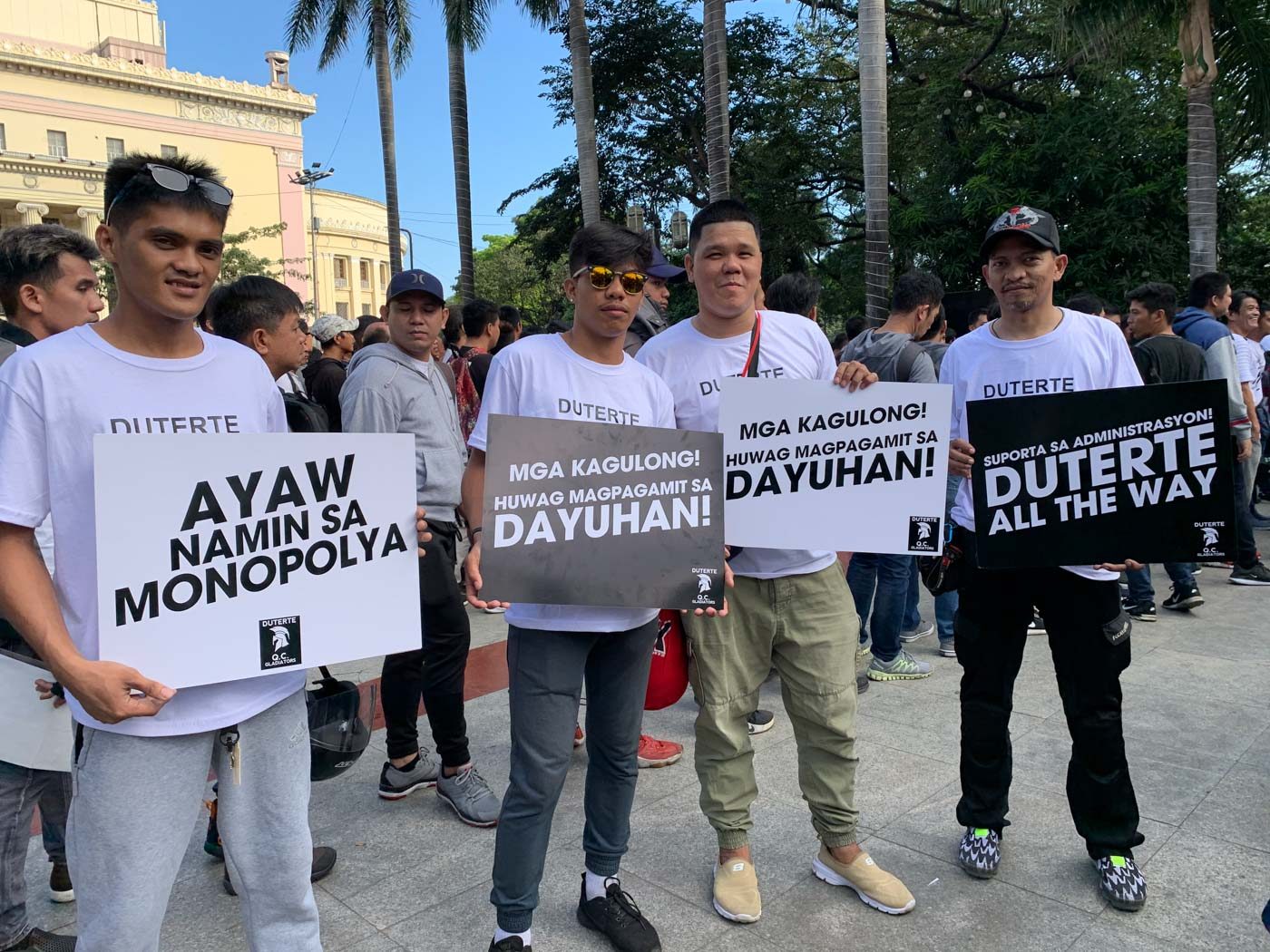 Some placards also opposed monopolies and being taken advantage of by foreigners, an apparent dig on Angkas after Senator Aquilino “Koko” Pimentel III endorsed JoyRide to prevent Angkas from being a monopoly. The TWG also earlier called out Angkas for not declaring that it is owned by Angeline Tham, a Singaporean.

Moises Gomez, senior representative of the Duterte QC Gladiators, claimed that they invited all 3 motorcycle taxi providers – JoyRide, Angkas, and Move It – to join the rally. However, only JoyRide seemed to be present, since they also conducted a mass biker registration during the event.

JoyRide business development adviser and PDP-Laban Quezon City secretary-general Edwin Rodriguez said JoyRide took the opportunity to hold a registration while supporting the government and the guidelines released by the TWG, to draw bikers who are in favor of the government.

“We would rather na ang mga riders namin ‘yung sumusunod sa gobyerno, kaysa ‘yung mga kumukontra sa gobyerno (We would rather have riders who follow the government, instead of those who oppose it),” Rodriguez said.

Rodriguez then pointed out the ongoing clash between pioneer motorcycle taxi firm Angkas and the TWG. “This is just a study…’yung regulator inaaway ninyo. Eh paano kung ihinto ito, so sino mawawalan? (This is just a study and yet you’re opposing the regulator. What if they choose to stop the pilot run, who will suffer?)” he said.

According to an Inquirer.net report, the TWG earlier stated that the pilot run will no longer have an extension. The fate of motorcycle taxis after the end of the pilot run on March 23 now depends on whether lawmakers will legalize them as a mode of public transportation. (READ: Why Angkas is illegal)

As for Joyride, the mass registration was conducted in a bid to reach the cap. They currently only have 6,907 bikers registered, with only 1,493 of them on the roads.

The registration on Sunday saw a total of 2,720 applicants who still have to go through another round of screening as well as training.

Rodriguez said the bikers and applicants are aware that they will be operating under a study that will only last until March, with no guarantee that motorcycle taxis would still be allowed to operate afterward. He said that they are also rallying to legalize motorcycle taxis.

(It’s up to the Lord and whatever He has planned for us, if the pilot run ends, we cannot do anything, because we were not able to get what we want. I’ll just look for another job, that’s just how it goes.) – Rappler.com