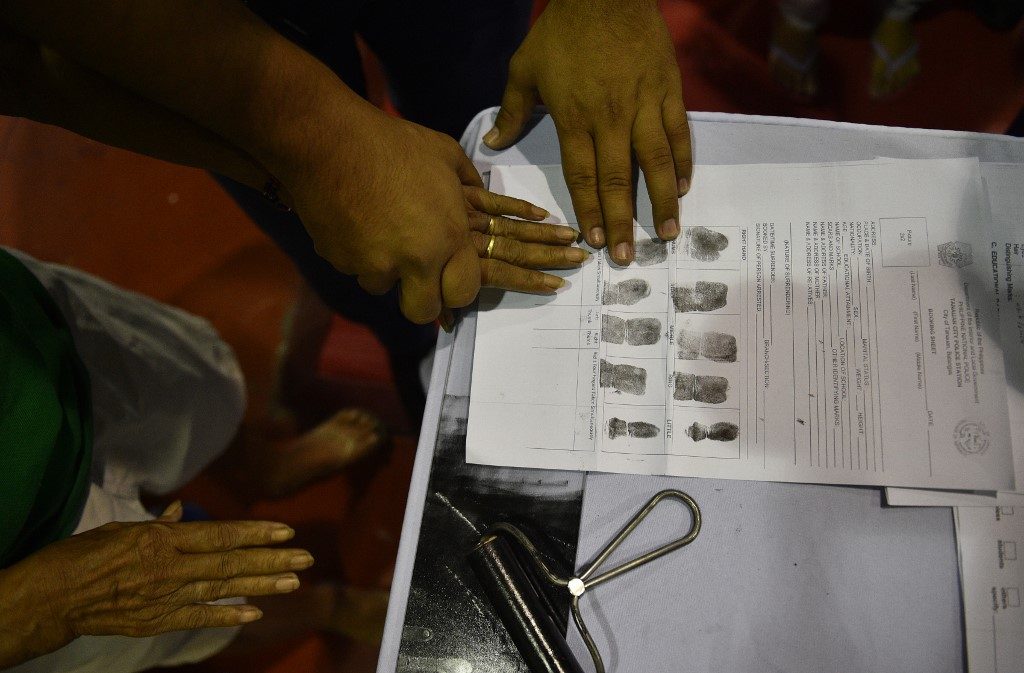 Facebook Twitter Copy URL
Copied
The lists will be for the exclusive access of regional and national anti-drug units, as the identified suspects are considered high-profile targets

MANILA, Philippines – The Philippine National Police (PNP) has begun listing the top 10 targets involved or believed to be involved in drugs per region in a bid to boost President Rodrigo Duterte’s flagship campaign.

On Monday, January 6, PNP officer-in-charge Lieutenant General Archie Gamboa said he had ordered all regional commanders to produce their top 10 lists so targets are named and prioritized as the President enters the second half of his term. (READ: After 3 years, Duterte gov’t still has to rid over 17,000 barangays of drugs)

“We want to identify then neutralize, which means the application of search warrants, the arrest through buy-bust operations [would bear specific names],” Gamboa said in a press briefing in national police headquarters Camp Crame.

What we know about the list: The top 10 drug lists are new in the PNP, which has so far only pooled in names en masse and differentiated priorities between high- and low-profile targets. The high-profile suspects are pursued by more elite PNP units and operatives typically assigned in the national police command while the low-profile suspects are pursued generally by local anti-drug units.

The top 10 lists per region would be of use especially for national and regional anti-drug units as the listed people are considered high-profile targets.

The lists will not be publicized, restricted only to the eyes of investigators and intelligence officers. – Rappler.com