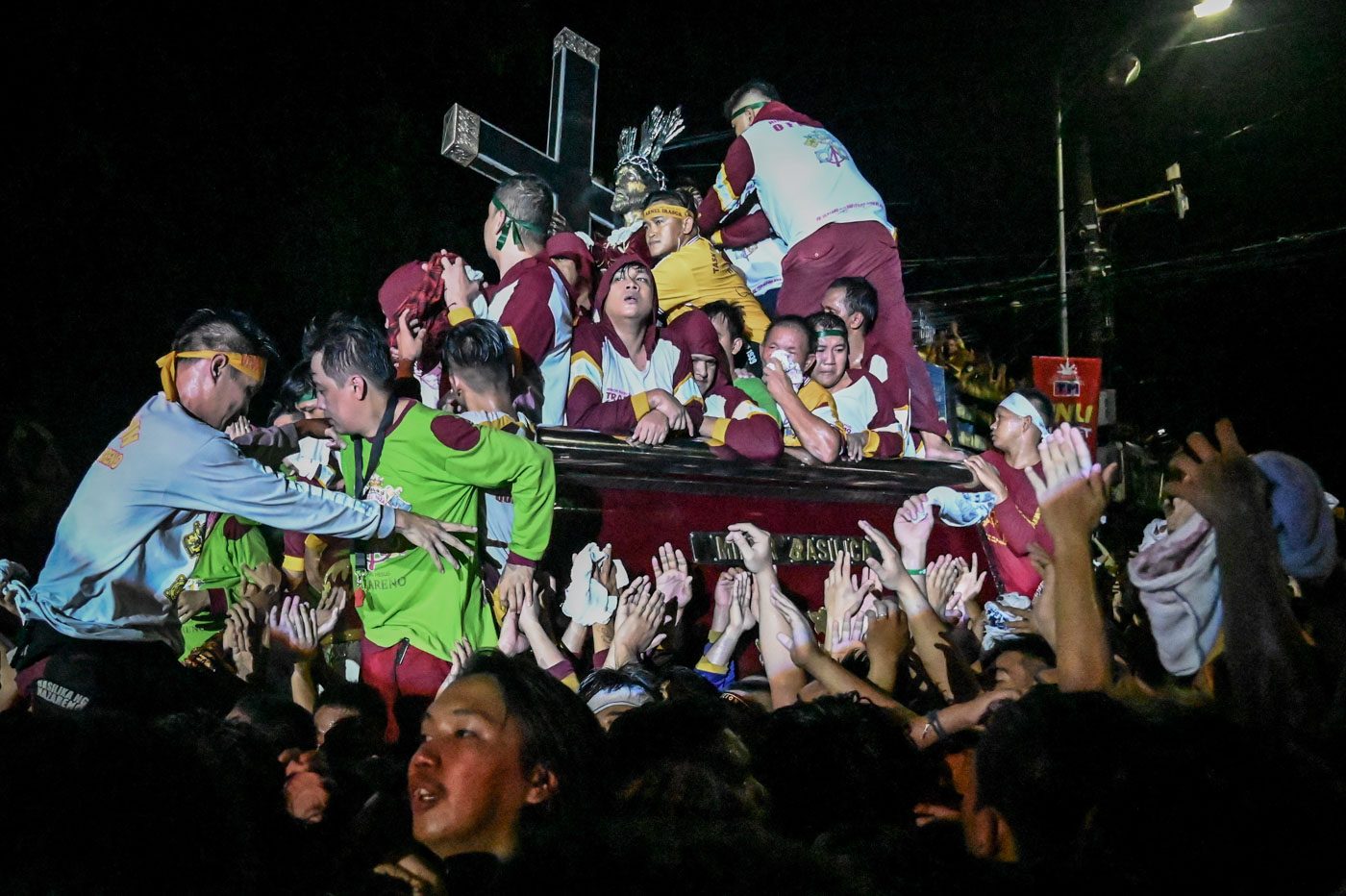 MANILA, Philippines – The Fiesta Committee organizing the procession of the Feast of BLack Nazarene of Quiapo, which will culminate with the Traslacion on Thursday, January 9, issued reminders to the public to maintain peace and order during the event.

Foremost reminder was the list prohibited items during the event. With the help of the Philippine National Police, organizers said they would strictly enforce ban beginning with the replica procession and blessing around Quiapo on Tuesday, January 7, and at  the Quiapo Church and Quirino Grandstand beginning Wednesday, January 8.

Authorities advised the public to avoid bringing certain items that can cause harm or may pose a threat to devotees.

The prohibited items include:

Meanwhile, participants are encouraged to bring the following:

Fourteen prayer stations will be set up in the Quiapo for the devotees during the day of the Traslacion.

The Department of Health said these prayers will also be emergency medical stations.

The procession on Thursday is expected to be more organized than previous years, since the police planned to  form a barricade around the andas of the Nazareno. – Rappler.com