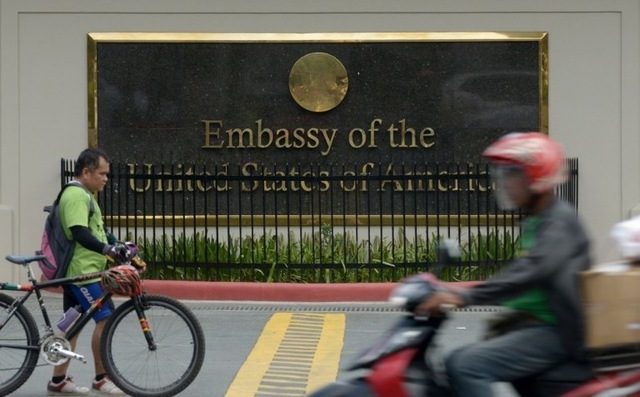 MANILA, Philippines – The United States Embassy in the Philippines on Tuesday, January 7, issued a security alert to its citizens living here, warning them of “security risks” that may follow heightened tension in the Middle East.

“There is heightened tension in the Middle East that may result in security risks to U.S. citizens abroad. The Embassy will continue to review the security situation and will provide additional information as needed,” it said.

The embassy told Americans in the Philippines to keep a low profile, be aware of surroundings, and stay alert in tourist locations. It also urged US citizens to review personal security plans, ensure travel documents were up to date and easily accessible, and access the State Department’s smart traveller enrolment program for updates.

Why the alert? The advisory is the latest in a series of alerts issued by different US embassies around the world following the US’ targeted killing of Iran commander Major General Qasem Soleimani.

Soleimani’s assassination sparked fears of all-out conflict in the region and has heightened tensions in the already volatile region, with President Donald Trump warning of “major retaliation” if Iran makes good on its threat to take “severe revenge.”

Among the embassies which have issued security alerts to its citizens included Israel, Saudi Arabia, Lebanon, Iraq, and Poland.

The Armed Forces of the Philippines earlier said it was on lookout for threats to embassies of Iran and the US. – Rappler.com