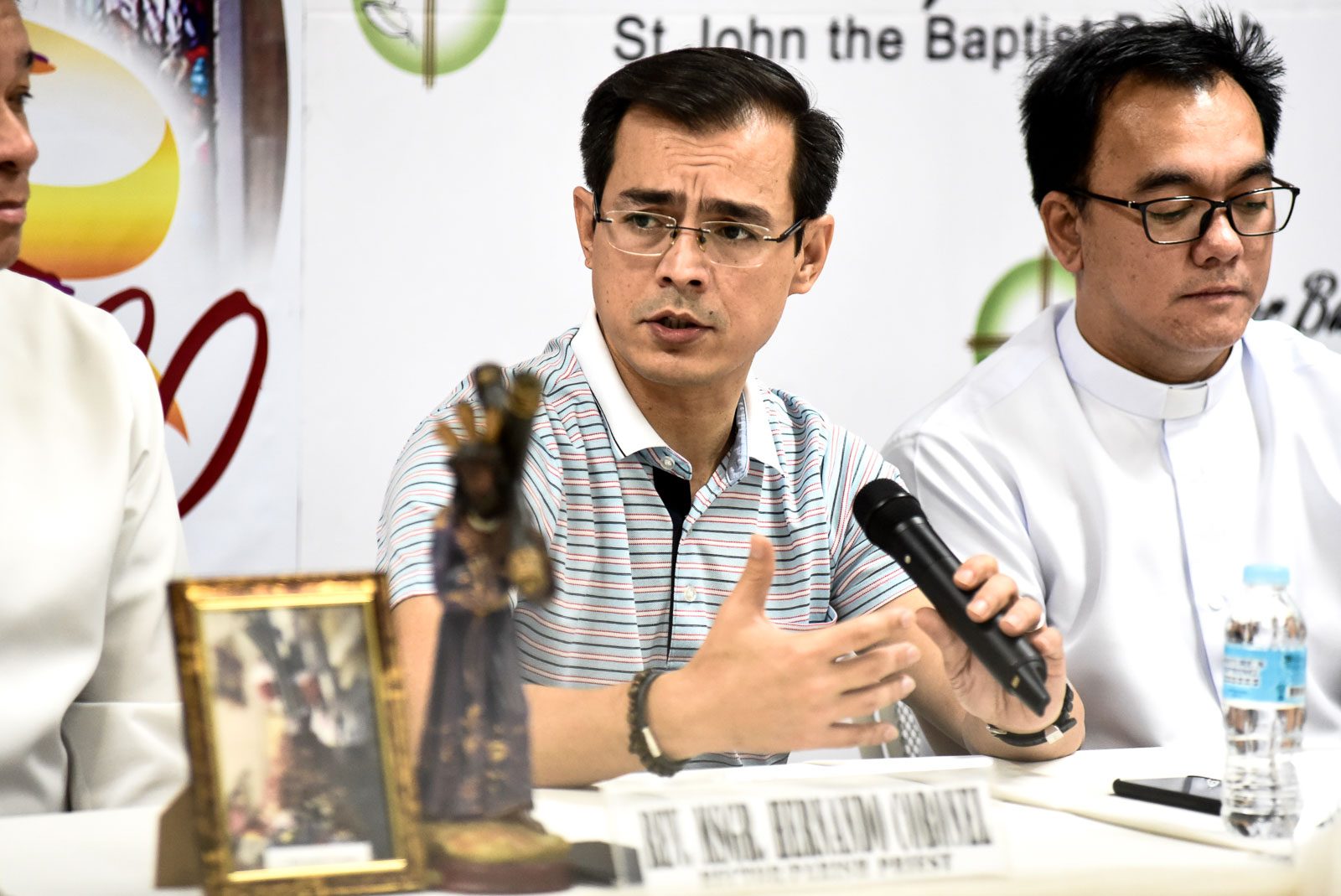 MANILA, Philippines – “Isko” – referring to Manila Mayor Isko Moreno – trended on Twitter on Thursday, January 9, after users were divided over the operations he ordered to clear the streets of vendors around the Quiapo Church during the feast of the Black Nazarene.

On the eve of the procession on January 8, a Quiapo vendor approached Moreno as he was clearing Plaza Miranda and its adjacent roads, begging him not to take away her goods, and saying that she needed the sale to purchase medicine.

Moreno replied by saying that he had been telling vendors from the start of his administration in July 2019 to refrain from occupying areas not allotted for them. He added that he had reminded them for the past few days before he set out to clear them out.

“Baliktad nga: ako nga ang nagmamakaawa sa inyo. P’wede ba, pagbigyan mo ako hanggang  a-otso, a-nwebe?” Moreno told a woman vendor. (It’s the other way around. I’m the one begging. Could you heed me up to the 8th and the 9th?)

He said the vendors could return in the area on Friday, January 10. The vendor obliged, walking away with drooping shoulders.

Every year during the feast, the area is packed with tens of thousands of devotees joining the procession – which starts at the Quirino Grandstand – to the Quiapo Church. The mayor suspended classes and work in the city in anticipation of the traffic, and the regional police deployed thousands of cops to keep the crowd in order.

By 12 pm on January 9, “Isko” was a trending topic on Twitter because of a video clip of the encounter with the vendor.

Some users criticized Moreno for how he handled the situation.

“Isko Moreno capitalizing on his rags to riches story of him being from a poor family in tondo, and then now as mayor has the audacity to shun poor people in his city…No compassion whatsoever. Only band-aid solutions and publicity stunts,” said Twitter user @jeongmyeon_.

“Being a visionary shouldn’t neglect mercy, compassion, and offering solutions to what you perceive as ‘problems’ in the society. Mayor Isko, a cleaner city but, not to the expense of the people. After asking them to leave, please help them,” said Twitter user @vincevibarr.

Numerous other tweets contained expletives, expressing frustration over what they perceived to be a scene that went against Moreno’s narrative of representing the poor in Manila City’s government.

The clearing of vendors beyond their allotted areas has been one of the highlights of the Moreno leadership. His intention has been to establish regulation to stop syndicates from collecting illegal fees from vendors.

Moreno has rationalized the clearing drive by saying a bulk of the illegal vendors did not come from Manila, but from other cities. Moreno has held multiple dialogues with them at city hall, but no clear and tangible solution has been put in place for the thousands of vendors who have become dependent on the sidewalk economy.

Some Twitter users, meanwhile, defended Moreno, saying he was only enforcing the law for the good of the vendors too.

“Please bear in mind that the vendors were only removed for the Black Nazarene for their safety,” said Twitter user @Parz_ival.

“Just to be fair. Mayor Isko has enough of His compassion. He has given chances already for the vendors and in fact as you can see in the clip manang (lady) is begging for last chance admitting her fault. Isko has been disrespected!” said user @ItsHarrysimo. – Rappler.com