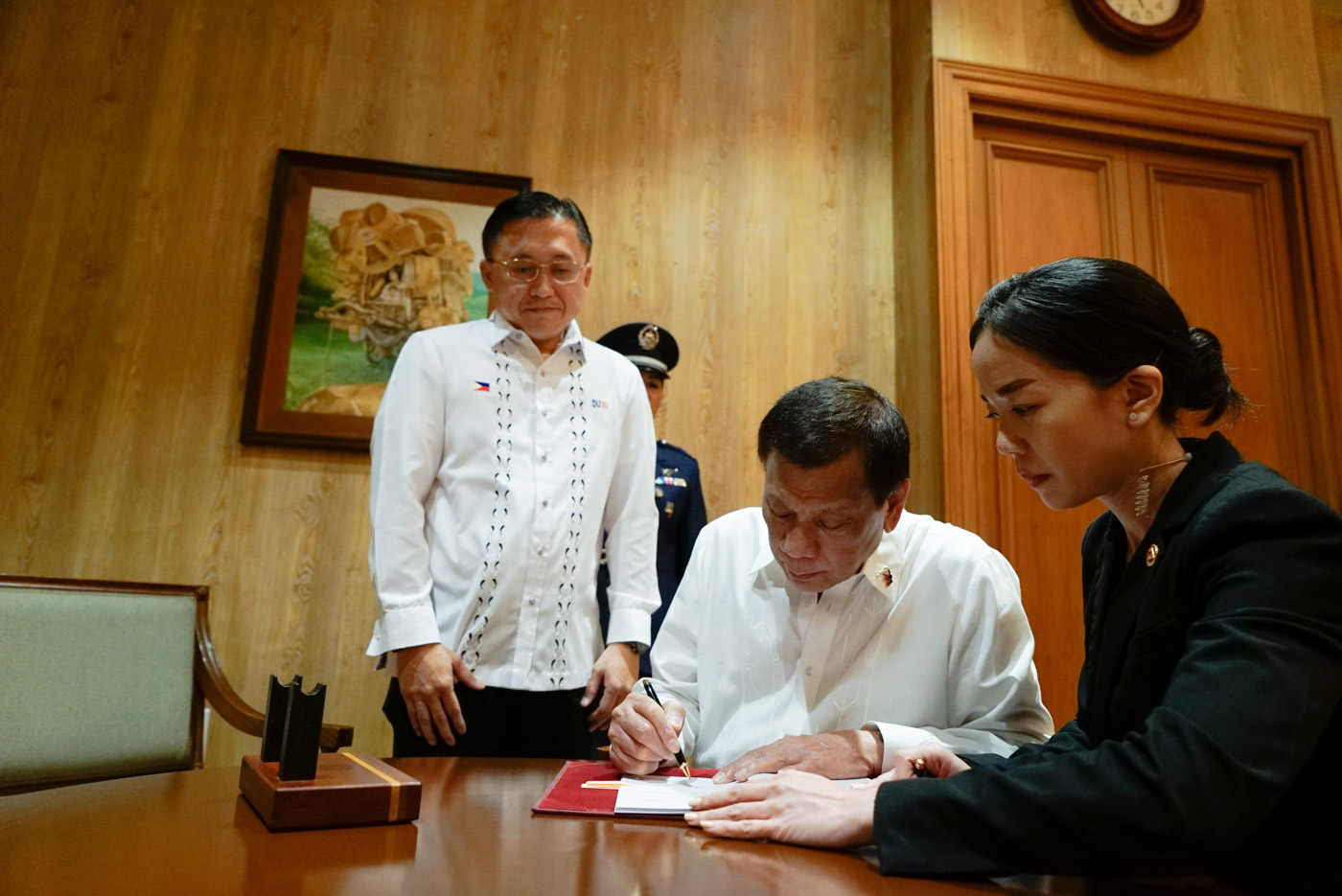 MANILA, Philippines – President Rodrigo Duterte has signed into law a measure that would increase the take-home pay of government employees, including teachers and nurses, starting January 1, 2020.

Presidential Spokesperson Salvador Panelo confirmed this in a press briefing with reporters in Malacañang on Thursday, January 9.

“We would like to confirm the enactment and the signing of the Salary Standardization Law (SSL)… Of course the desire of the President is to upgrade the standard of living of government employees and this measure will rationalize the compensation of all civilian personnel,” Panelo said.

With the enactment of the SSL, salary schedules of government workers will be increased in 4 tranches every January starting 2020 until 2023. The increase covers all government employees, including those in the legislative, judiciary, and local government units “under certain conditions,” Panelo said.

The measure, earlier certified as urgent by Duterte, will benefit government workers with Salary Grades 11 to 13 the most as as their salary increases will ranges from 24.1% to 30.1% once the proposed SSL 2019 is fully implemented.

The law also increases the proposed minimum basic salary from P11,068 to P13,000 to “remain competitive” with the minimum daily wage in the National Capital Region.

Panelo said the new hike in salary was also done to incentivize government workers based by
“providing for a performance based incentive scheme.” The law requires government offices to grant employees a mid-year bonus equivalent to a month’s basic salary as of May 15 of the given year. But only those who have rendered at least 4 months of “satisfactory service” and are still employed would be qualified to get the bonus.

Duterte earlier called for the salary adjustment in his 4th State of the Nation Address in July.

Lawmakers who opposed the hike said they did so not because they were against increasing government salaries but because the increase was too small. Deputy Minority Leader Carlos Zarate of Bayan Muna earlier explained the long-awaited increase translates to just P16.1 additional funds for a family of 5 to spend a day. – Rappler.com