Jan 9, 2020 5:14 PM PHT
Rambo Talabong
Facebook Twitter Copy URL
Copied
They tell Rappler they will join the annual procession as long as they have the strength for it, until their last breath 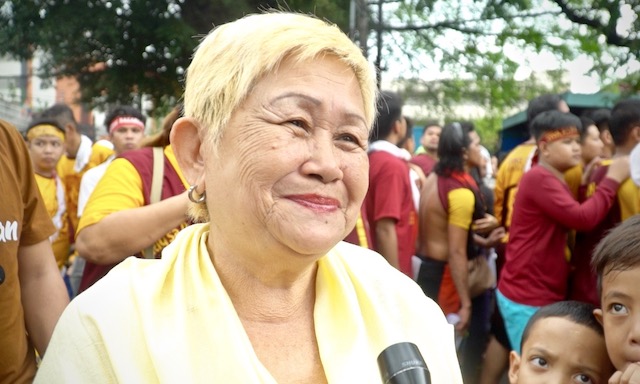 MANILA, Philippines – Devotion knows no age. This much is true for senior citizens who brave the yearly Traslacion of the image of the Black Nazarene. On Thursday, January 9, they again plunged into a sea of humanity under the heat of the sun for hours.

Luisa de Guzman from Binangonan, Rizal, is 68. She has 9 grandchildren and 5 great-grandchildren. She had been standing in front of the San Sebastian Church in Manila as early as 8 am to wait for the Dungaw – when the image of the Virgin Mary peeks out of the cloisters of the church to the passing image of the mulatto Jesus.

She said she’d been watching the Dungaw for “at least 20 years.” Her first prayer to the image, she said, was for her OFW (overseas Filipino worker) son who flew to Dubai in the 1990s to have a safe journey to and from the Middle East.

“Natupad naman,” he said. (My prayer was granted.)

In the years since then, to give thanks for her answered prayer, she has gotten used to the crowds.

“Just don’t force yourself to the mass of people. Just stay in one place,” De Guzman said in Filipino, giving her tip to other seniors who would like to join the feast in the coming years. 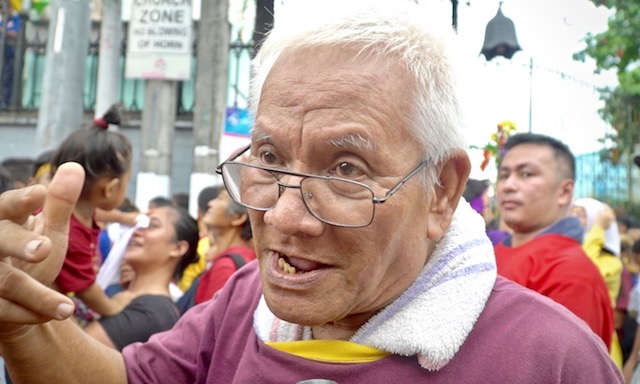 A few meters away from her, standing alone in prayer amid the thickening crowd, was 73-year-old Arcadio Dulce. He grew old single – “single blessedness,” he called it. But he has found love and community in his devotion to the image of the Black Nazarene.

Dulce has a spinal condition that has restricted his physical activities, but the Traslacion was a special day, he said. He requested his caretakers to let him out to see the Dungaw.

He said he had attended the Traslacion since the 1980s as a volunteer hijo – the ones who carry the image of the Nazarene.

“Ako ay namamanata hindi lamang kahit may karamadaman ako, sapagkat sa pananampalataya Siya lang ang aking pag-asa sa ‘taas,” Dulce said. (I am here not just for my condition, but because in my faith, He is the only hope I see above.)

When asked up until when they plan to go out and join the crowds of devotees, De Guzman said, “Hanggang malakas pa ako (As long as I still have my strength).”