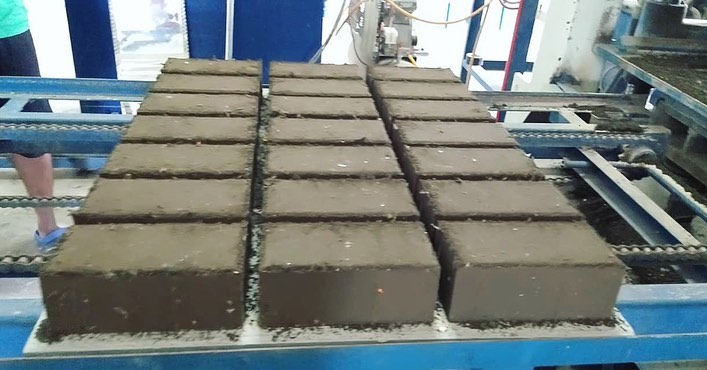 MANILA, Philippines – The city government of Biñan, Laguna has a solution for the ashfall from the eruption of Taal Volcano in Batangas: turning the ash into bricks.

According to Fatima Nona Alon, a local government officer in Biñan, Mayor Dimaguila ordered the households there to collect the ash from their surroundings while the city’s materials recovery facility (MRF) produces bricks out of it.

“Ang naging instruction ni mayor, huwag basain ang mga alikabok, kolektahin at ilagay sa sako,” Alon said. (Mayor Dimaguila instructed the residents not to pour water on the ash, to collect them, and then put them in sacks.)

The clearing operation was part of the Bayanihan sa Biñan program. According to Alon, the program got its start after Mayor Dimaguila ordered barangay officials to coordinate with their constituents to improve Biñan. (READ: In disaster-hit areas, people are stepping up to help Taal Volcano victims)

The city’s project of producing eco bricks started in 2016, as part of its local waste intervention program. Since then, the bricks produced by the MRF have been used to build facilities and classrooms in Biñan.

“Before we used plastics in producing bricks, but then when Taal Volcano erupted we thought of using volcanic ash to produce them,” Alon said.

Producing bricks out of volcanic ash is not new. In a BBC report in 2011, one Argentine woman decided to transform the ash brought by Chile’s Puyehue volcano into bricks.

A team of researchers at the Massachusetts Institute of Technology found that adding volcanic ash to cement mix can make the process not only environmentally-friendly, but can make structures stronger as well.

Alon said companies have asked to buy their bricks. For now though, the products will be used for the construction of a children’s facility in Biñan City.

Biñan’s MRF can produce 5,000 bricks a day. Asked if there were plans of donating the products to the victims of the Taal Volcano eruption, Alon said she would bring it up and see if the city government was amenable to it.

At least 24,508 people fled their homes in Batangas and Cavite provinces as of 12 noon on Monday, the National Disaster Risk Reduction and Management Council (NDRRMC) reported.

The volcano remained under Alert Level 4, which means a “hazardous” eruption is “imminent” or may occur “within days to hours.” – Rappler.com