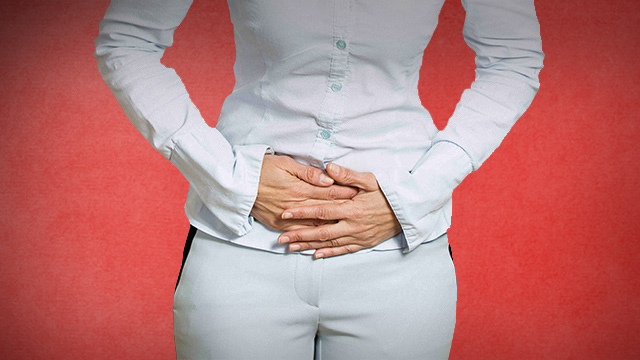 PARIS, France – Women approaching menopause who have frequent sex are less likely to cross that threshold than women of the same age who are not as active sexually, researchers said Wednesday, January 15.

On average, intimate relations at least once a week reduced the chances of entering menopause by 28% compared to women who had sex less than once a month, they reported in the journal Royal Society Open Science.

The difference, the study suggests, reflects the body’s response to evolutionary pressures.

“If a woman is having little or infrequent sex when approaching midlife, then the body will not be receiving the physical cues of a possible pregnancy,” Megan Arnot and Ruth Mace, scientists at University College London, wrote.

Rather than continuing to ovulate, according to this theory, “it would be better – from a fitness-maximizing perspective – for the woman to cease fertility and invest energy into any existing kin she has.” (READ: Beating the odds: Making menopause bearable)

Post-menopausal killer whales – the only animals besides humans and pilot whales to go through menopause – are known to care for grandchildren, a behavior sometimes called the “grandmother effect” that is thought to serve an evolutionary purpose.

Earlier research seeking to explain why married women reach menopause later than never-married or divorced women points to the influence of male pheromones, natural chemicals in the animal kingdom that attract the opposite sex.

To find out whether either theory held water, Arnot and Mace examined data on nearly 3,000 women in the United States recruited in 1996 and 1997 to take part in a multi-decade health study.

Known as SWAN, the project was designed to collect data and track changes – both biological and psychological – that occur alongside menopause.

The average age of the women going into the study was 46. None had entered menopause, but just under half were “peri-menopausal,” with minor symptoms beginning to appear. (READ: How to make menopause a positive experience)

During the following decade, 45% of the women experienced a natural menopause, at an average age of 52.

Going into the study, nearly 78% of the women were married or in a relationship with a man, and 68% lived with their partner.

The correlation between frequency of sex and onset of menopause was unmistakable, the researchers found.

All the relationships reported were heterosexual, so it is not known whether same-sex activity would have a similar effect.

No link, however, was seen between the live-in presence of men and the subliminal chemical signals males might be emitting.

“We found no evidence for the pheromone hypothesis,” they concluded.

There is considerable variation in the age of natural menopause across cultures, but genetic factors only account for about half of those differences, earlier research has shown. – Rappler.com