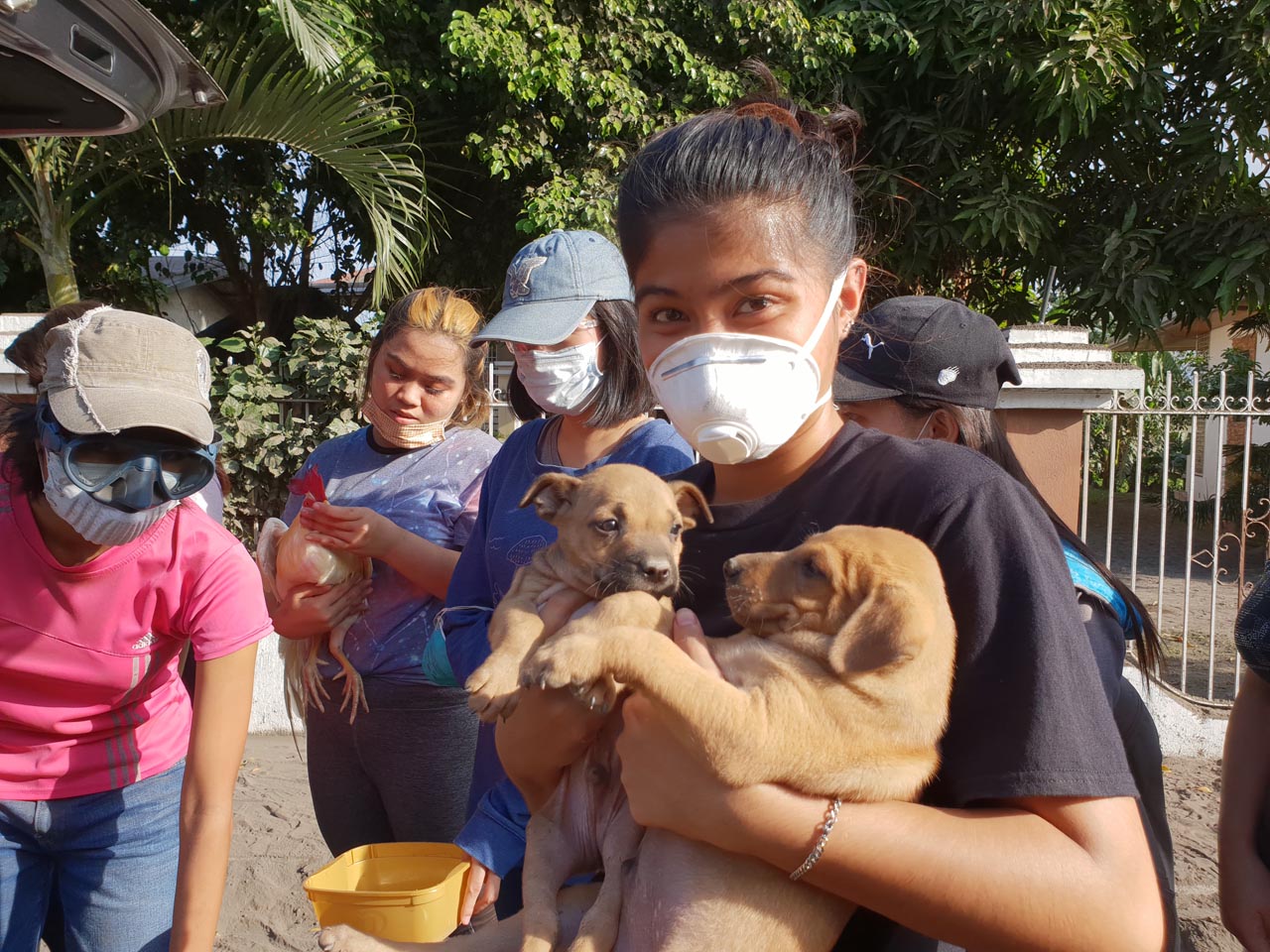 BATANGAS, Philippines – A group of volunteers has been going around parts of this province badly hit by ashfall from Taal Volcano to rescue pets and other animals left behind by evacuees.

Rappler caught up with them in Agoncillo town late afternoon on Tuesday, January 14, when they rescued around 30 cats and dogs, as well as a few chickens.

One of their leaders, Kevin Villena, said they found the animals in distress. Some were trembling, hungry, and thirsty. The group takes in stray dogs, and others entrusted to them by owners who come to check on their homes.

The people of Agoncillo, one of the towns closest to Taal Volcano, fled in haste on Sunday, January 12, when the volcano suddenly came to life, spewing ash and lava.

Villena and the other volunteers will brave the danger zones around Taal Lake to rescue stranded animals for as long as necessary, they said. They will bring the rescued animals to a shelter in Batangas City.

They are calling for donations of cages and food for the animals. Volunteers are encouraged to lend vehicles to the rescue effort. The group can be reached at mobile number 09165855746. – Rappler.com