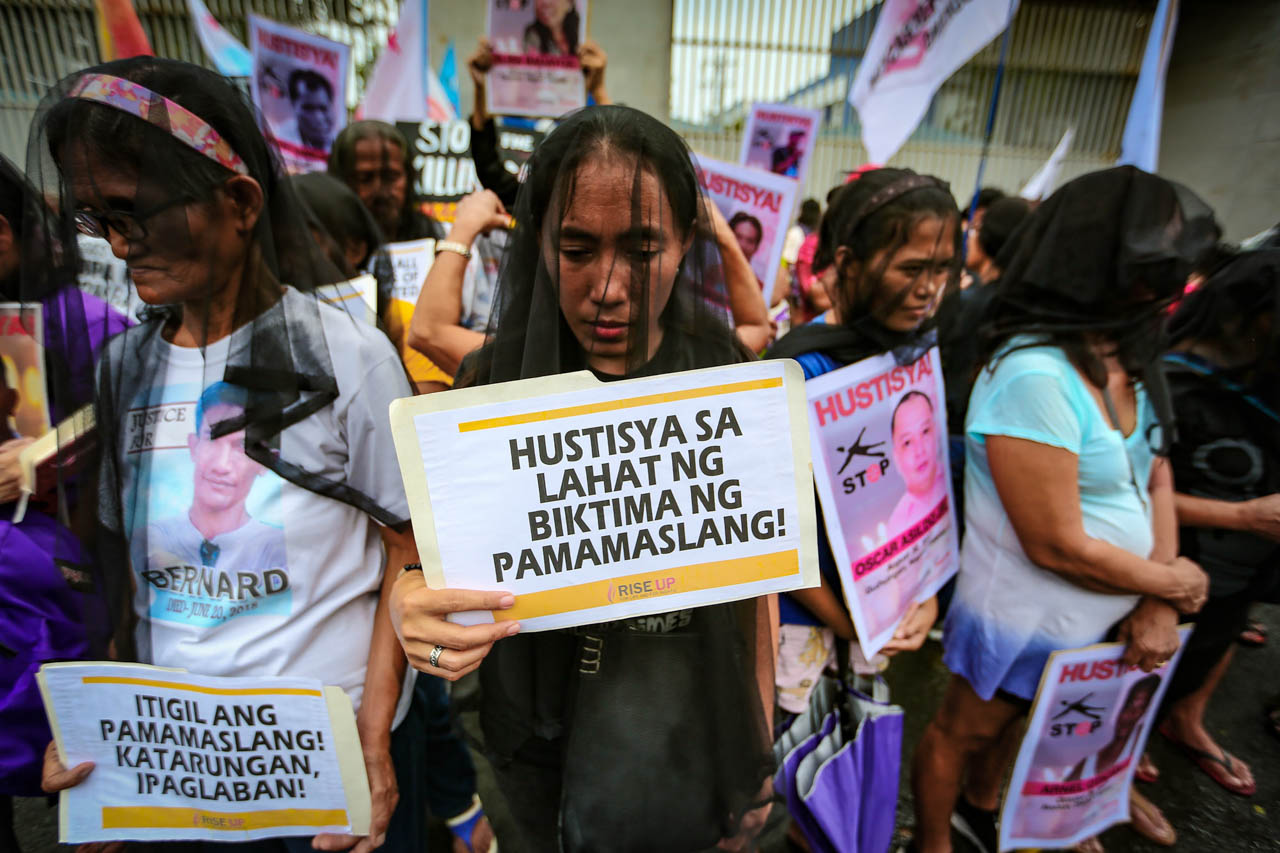 Phil Robertson, HRW’s Deputy Asia Director, said that the campaign “remains as brutal as when it started.” With rising number of killings with little to no accountability, it is high time for international mechanisms to intervene, he said.

“Four years into the ‘drug war,’ the need for international mechanisms to provide accountability is as great as ever,” said Robertson.

Duterte’s drug war has been heavily criticized at home and abroad for the high number of killings. More than 6,000 people have been killed in anti-drug police operations while human rights groups estimate there may be as many as 27,000 deaths, including victims of vigilante-style killings. (READ: The Impunity Series)

The HRW report cited the effects of the drug war beyond the killings, including the psycho-social trauma and economic hardships of families left behind.

“The government’s brutal drug war has devastated the lives of countless children and their families. The government has done little to address these consequences of its drug war,” HRW said.

The HRW released its findings says after pollster Social Weather Stations (SWS) released the results of its December 2019 survey that a big majority of Filipinos believe that there are “many” human rights abuses committed in Duterte’s campaign against illegal drugs.

Aside from the anti-drug campaign, the HRW report also highlighted the attacks against media, activists, and members of civil society, on the basis of their alleged links to the Communist Party of the Philippines. (READ: Duterte’s war on dissent)

The report cited the situation in Negros where a number of killings were recorded, with victims ranging from farmers, peasant leaders, lawyers, and human rights workers, among others. (MAP: Negros killings since July 2016)

“Over the years such allegations have often been followed by lethal attacks,” it said.

Robertson said the continuous attacks and lack of justice over the human rights violations in the Philippines are valid reasons for the International Criminal Court (ICC) and the UN Human Rights Council (UNHRC) to step in.

“There are sadly no signs that President Duterte is going to end ‘drug war’ killings or act to stop attacks on activists,” he said. “That makes it all the more important for international institutions like the ICC and the UNHRC  to do what they can to hold Duterte and other senior officials to account for their abuses.”

In July 2019, the UNHRC adopted a resolution which, among others, asked UN rights chief Michelle Bachelet to write a comprehensive report on the situation in the Philippines and present it to the council.

The ICC’s Office of the Prosecutor, meanwhile, is currently conducting a preliminary examination “following a careful, independent, and impartial review of a number of communications and reports documenting alleged crimes.” The office said it would make a recommendation by 2020. – Rappler.com