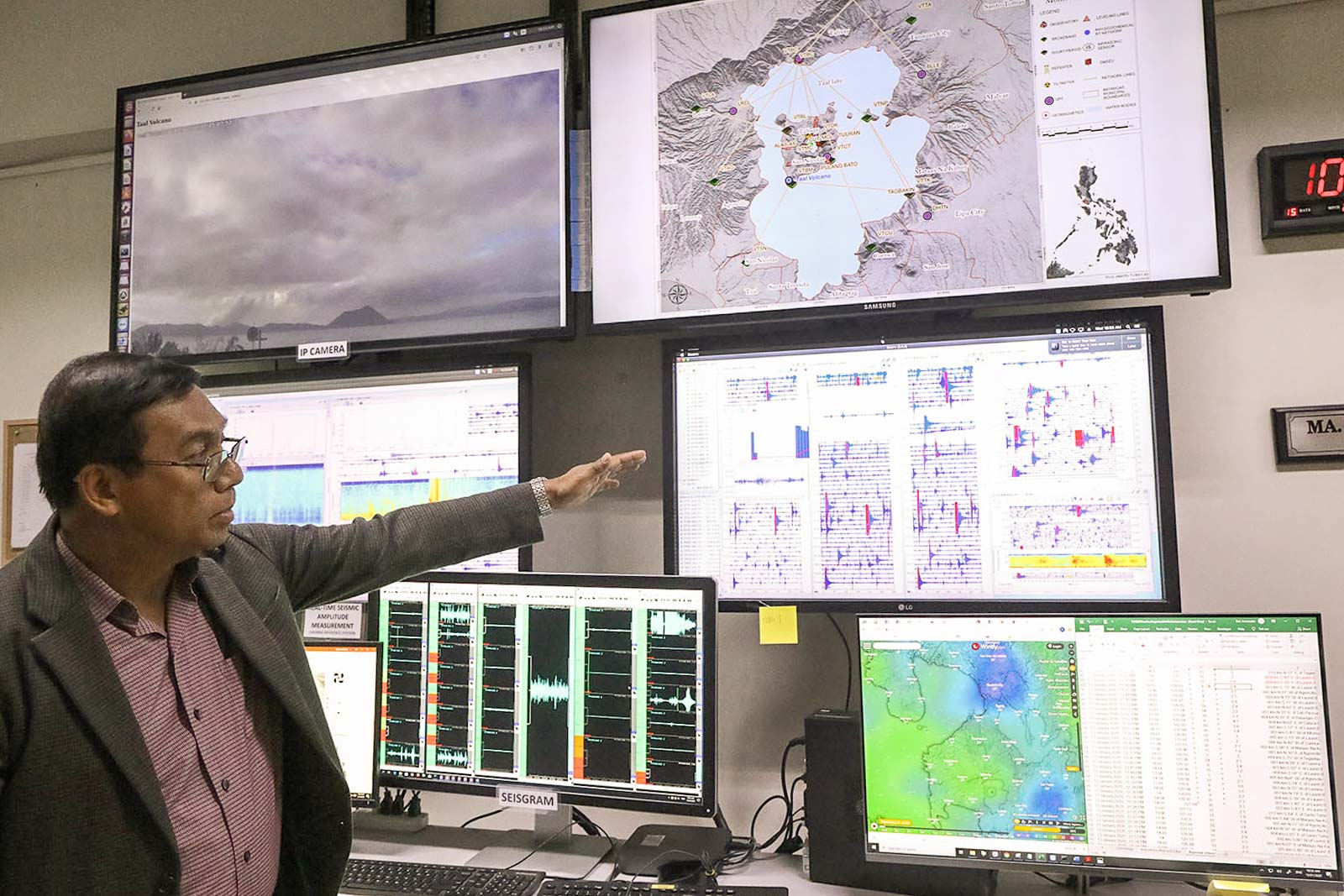 MANILA, Philippines – Malacañang on Thursday, January 16, defended the response of the Philippine Institute of Volcanology and Seismology (Phivolcs) to the ongoing eruption of the Taal Volcano, following criticism that it allegedly did not warn people ahead of time.

Panelo issued the remarks in response to lawmakers at the House of Representatives seeking a probe into government agencies’ response to the eruption and alleged “lack” of warnings issued to the public.

Duterte’s spokesman went on to defend Phivolcs, pointing out that it is difficult to predict when a hazardous eruption might happen.

What probe? Cavite 4th District Representative Elpidio Barzaga Jr earlier called on the House of Representatives to investigate the government’s preparations and response to Taal’s eruption.

Barzaga claimed there were “no news bulletins or SMS alerts” from Phivolcs and other government agencies on Sunday, January 12, when the Taal Volcano started erupting.

But according to Phivolcs, there was no delay. State volcanologists said they were coordinating with local officials and residents of Taal Volcano Island as early as Sunday morning, even before the phreatic or steam-driven eruption that occurred at 1 pm that day. This was followed by regular bulletins which are being released to the public online.

Despite this, Panelo said Malacañang would not prevent lawmakers from investigating Phivolcs, noting that holding hearings in aid of legislation is a function of Congress.

“We cannot step them or discourage them. That is their call,” he said.

As of Thursday, Phivolcs warned that the threat of a hazardous Taal Volcano eruption remains as “intense seismic activity” persists despite “weak emission” of ash plumes. – Rappler.com