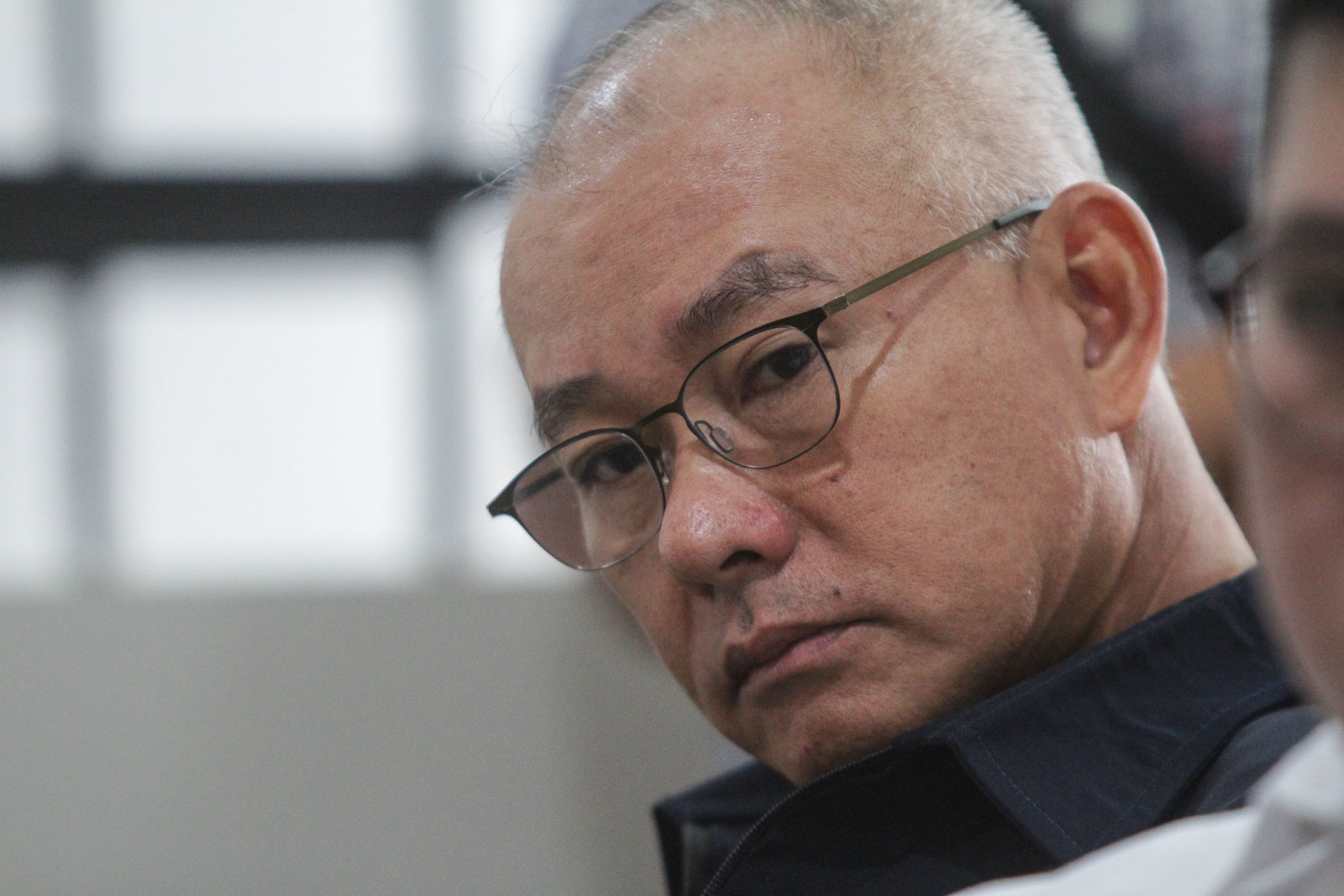 “The panel found probable cause to charge Albayalde with violation of the Anti-Graft and Corrupt Practices Act for persuading, inducing or influencing another public officer to perform an act constituting violation of rules and regulations in connection with the official duties of the latter, and for causing any undue injury to any party, including the government,” the DOJ said in a statement Thursday evening, January 16.

Because graft is under the primary jurisdiction of the Office of the Ombudsman, Justice Undersecretary Markk Perete said the panel’s findings with regards to Albayalde would be endorsed to the Ombudsman, which would have to file it before the anti-graft court Sandiganbayan.

“The findings are endorsed  to the Office of the Ombudsman for its approval,” said Perete.

Albayalde was acting chief of Pampanga police in 2013 when a group of local cops conducted a buy-bust on drug suspect Johnson Lee, where the cops declared 36.68 kilograms of seized shabu . The case later revealed the team actually seized 200 kilos of shabu.

“The Panel anchored its finding on Albayalde’s non-implementation of an Order which sought to penalize the police officers involved in the questioned drug operation,” said the DOJ.

The modus was revealed in the Senate by former Criminal Investigation and Detection Group (CIDG) chief Benjamin Magalong who called it a drug recycling scheme.

Marathon hearings in the Senate that were initially about the Good Conduct Time Allowance (GCTA) law revived the issue. Albayalde was dragged into the case because Magalong, as well as current and former generals, indicated that the former police chief meddled in the case. In particular, they accused Albayalde of trying to influence the administrative probe of his subordinates.

Former CIDG deputy director Rudy Lacadin told the Senate that Albayalde told him at the time “Actually sir, konti lang naman napunta sa’kin diyan (Actually sir, I only got little from that).'”

Albayalde will be charged for violation of Sections 3(a) and 3(e) of Republic Act No. 3019, which punishes “persuading, inducing or influencing another public officer to perform an act constituting a violation of rules and regulations” (3a) and “causing any undue injury to any party, including the Government, or giving any private party any unwarranted benefits, advantage or preference in the discharge of his official administrative or judicial functions” (3e).

Graft is a bailable offense.

Albayalde was cleared of all drug-related offenses, bribery and negligence.

Perete said it’s because the liabilities attributed to Albayalde “happened after the conduct of the anti-illegal drugs operations of the Baloyo group,” referring to Police Superintendent Rodney Baloyo.

“One other pertinent discussion made in the resolution relate to the theory of command responsibility as basis for holding Albayalde criminally accountable for acts relating to the operation. But the Panel noted that no Philippine law provides for criminal liability under this doctrine,” said Perete.

The DOJ indicted 12 members of the raiding team, Albayalde’s subordinates at the time, of misappropriation/misapplication of seized drugs, planting of evidence, delay in prosecution of drug charges, qualified bribery, and violation of Section 3(e) of the graft law.

The drug charges to be filed against the 2 cops are violations of Section 27 (misappropriation), Section 29 (planting of evidence), and Section 92 (delay in prosecuting drug charges) of Republic Act No. 9165 or the Comprehensive Dangerous Drugs Act.

The DOJ, although it initially dismissed this case in 2017, now finds truth in the allegation that the raid team concealed the true quantity of the seized shabu.

The 12 indicted cops are:

“The Panel found that Baloyo, et al., misappropriated drugs when they declared that only 36.60 kg of shabu was seized during their operations, while the subsequent police investigation indicated that about two hundred (200) kilos of methamphetamine hydrochloride was actually recovered,” the DOJ said.

“The group likewise declared the cash they obtained from the operation to be only Three Hundred Thousand Pesos (P300,000.00) while contrary evidence indicated that said amount reached Ten Million Pesos (P10,000,000.00),” the DOJ added.

The DOJ also said, as Senate witnesses alleged, that the cops did not declare a Toyota Fortuner vehicle that they also seized during the operation.

DOJ prosecutors initially dismissed in 2017 the cases of violation of the Comprehensive Dangerous Drugs Act against 13 members of the raid team.

The DOJ found that the 13th supposed member of the team, PO2 Anthony Loleng Lacsamana, did not participate.

“The complaints against PO2 Anthony Loleng Lacsamana were dismissed for insufficiency of evidence. The Panel concluded based on the evidence presented that Lacsamana did not participate in the operation,” said Perete.

When the DOJ dismissed the case in 2017, it went to Justice Secretary Menardo Guevarra for automatic review, which the secretary ordered for reinvestigation in light of the Senate testimonies.

When the case was reopened, it was the CIDG itself which included their former chief in a supplemental complaint, wanting to charge Albayalde not just of drug offenses, but also of graft, falsification of documents and negligence.– Rappler.com