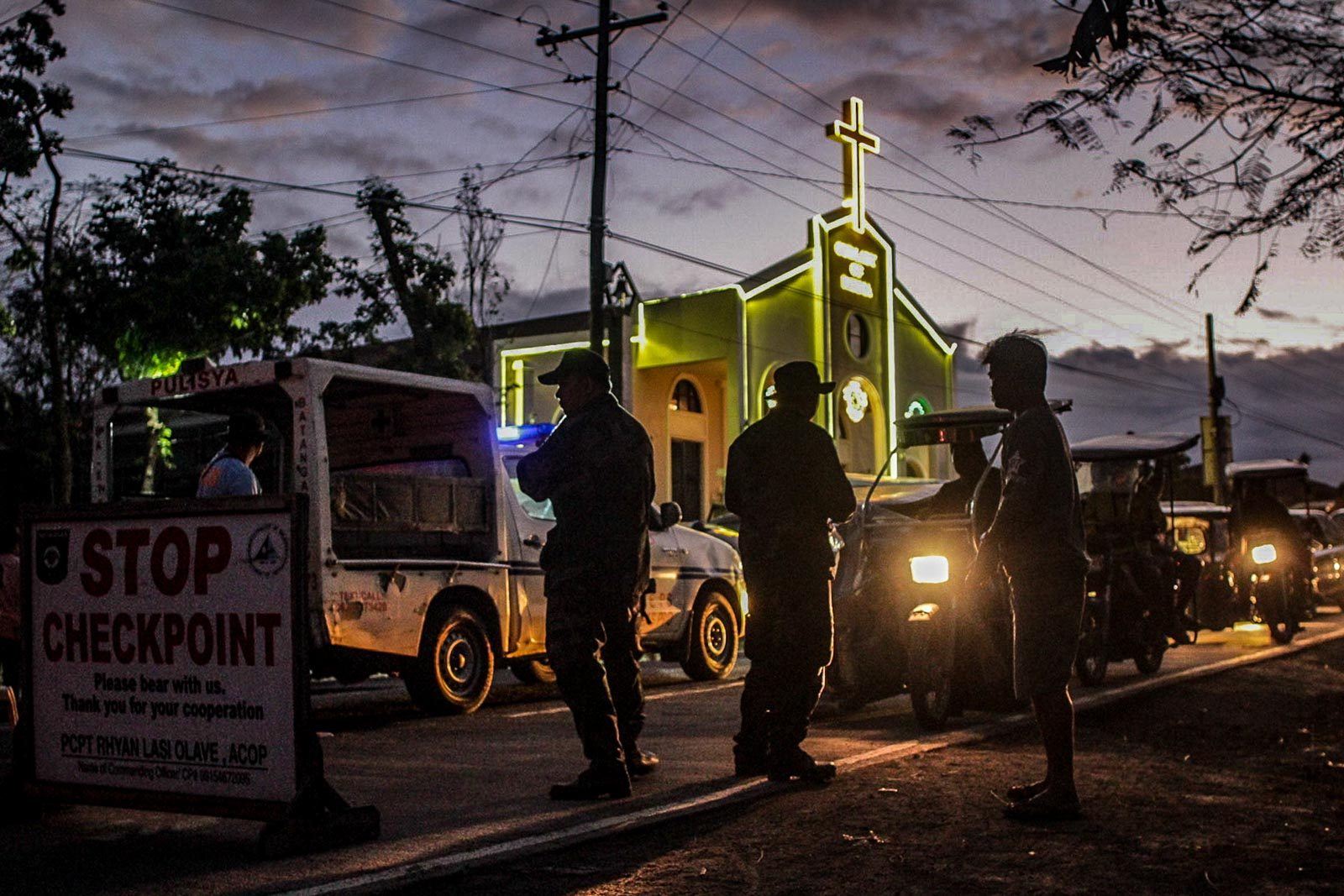 MANILA, Philippines – At least 11 Batangas towns are now under a complete lockdown to stop residents from returning to their homes amid the continuing threat of a major Taal Volcano eruption.

In a DZMM interview early morning Friday, January 17, Batangas Disaster Risk Reduction and Management Office head Lito Castro said there were 14 towns under lockdown – 3 under partial lockdown – up from the 4 municipalities earlier declared by the office. These towns include:

The Department of the Interior and Local Government in Calabarzon had earlier advised these local government units to conduct mandatory evacuation in barangays “vulnerable to ballistic projectiles, base surges, and volcanic tsunamis” brought about by Taal Volcano’s unrest.

Amid the threat of an imminent major eruption, Castro said that the national government was helping the LGUs to figure out what to do. (READ: Calabarzon residents have no management plan for volcanic eruptions – survey)

But he acknowledged that the province did not have enough funds to sustain relief operations should a hazardous eruption happen.

According to Castro, the DSWD would deploy “camp managers” to evacuation centers, to help manage the sheer volume of evacuees from different parts of the province.

The provinces of Batangas and Cavite had already declared a state of calamity.

The Philippine Institute of Volcanology and Seismology said that the Taal Volcano remained under Alert Level 4 due to instense seismic activity, despite weaker emissions. – Rappler.com