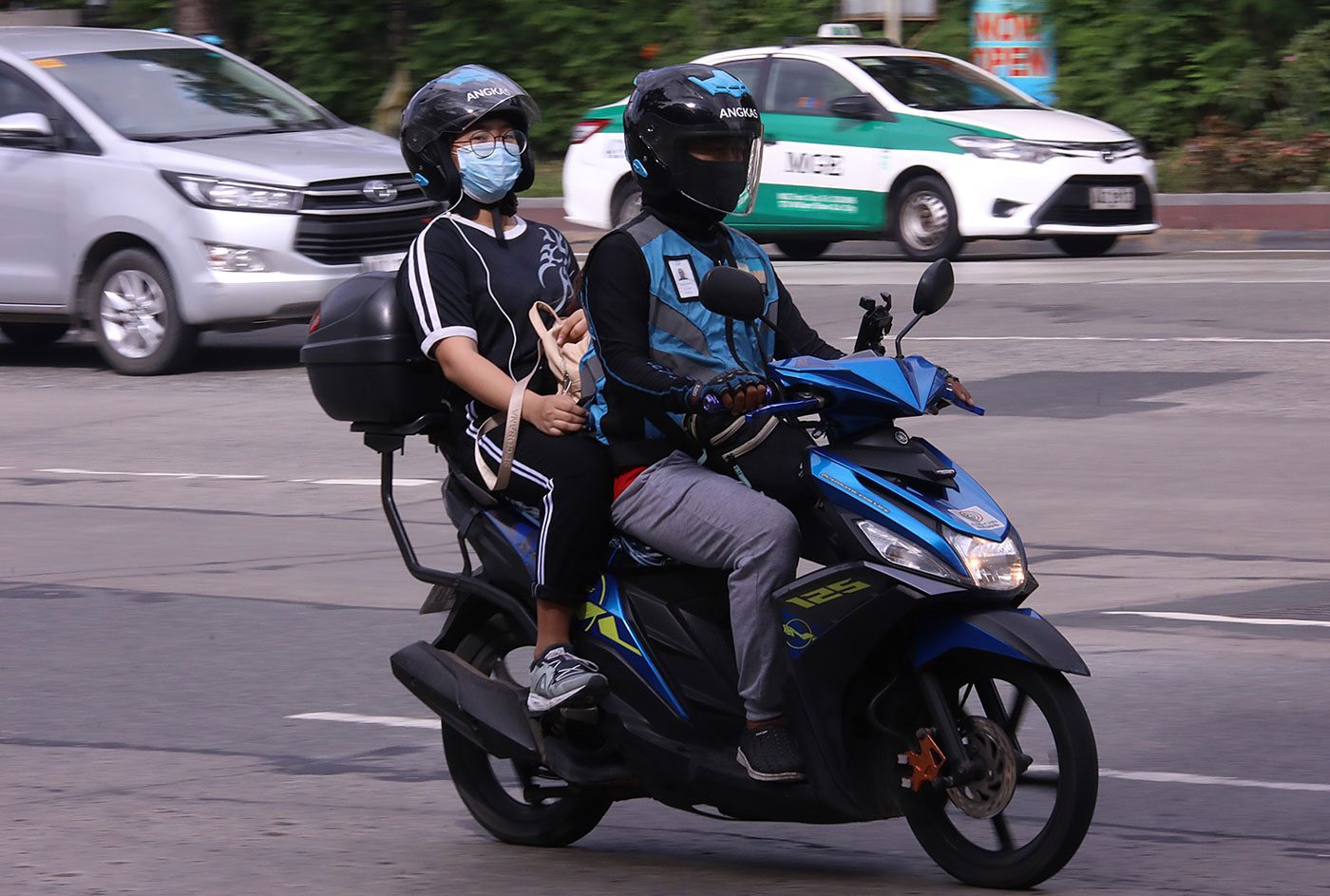 Facebook Twitter Copy URL
Copied
(UPDATED) The Senate committee on public services asks the technical working group to reconsider the termination, since the study is meant to aid legislation

On Monday, January 20, TWG head Antonio Gardiola Jr told reporters that their recommendation to terminate the pilot run has been endorsed by Transportation Secretary Arthur Tugade.

The pilot run was meant to serve as a basis for lawmakers to determine the viability of motorcycles as a mode of public transportation.

Gardiola said that the TWG is finding it difficult to gather data because of legal impediments, and thus will be terminating the pilot run entirely.

The termination came after two courts issued Temporary Restraining Orders against the guidelines of the pilot run regarding the biker cap that the TWG imposed.

“Magulo eh. We are resorting to legal rigmarole sa nangyayaring ito… Nai-impede ang study, we cannot gather data because of actions being undertaken by one of the players so it’s better to terminate it,” Gardiola said.

(It’s a mess. We are now resorting to legal rigmarole… The study is being impeded, we cannot gather data because of actions being undertaken by one of the players so it’s better to terminate it.)

Gardiola said that the termination will take effect in a week.

(Our mandate is to study if motorcycle taxis are safe, not to see if it would be a good means of livelihood.)

The Senate panel then urged the TWG to reconsider the termination, pointing out that laws cannot be made without the proper research.