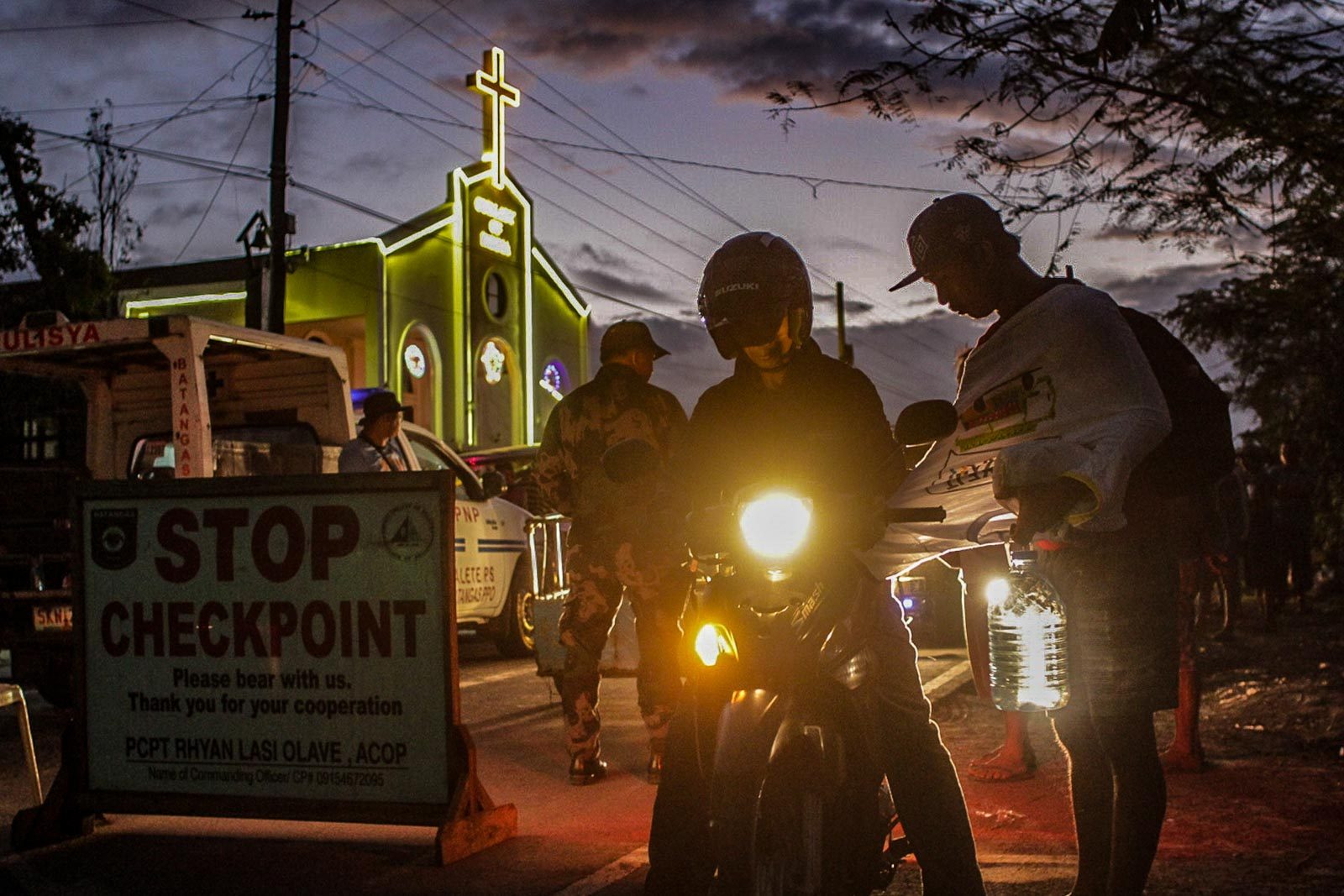 BATANGAS, Philippines – The Department of the Interior and Local Government would issue show cause orders against mayors who would fail to implement the “no window hour” rule within the 14-kilometer danger zone from Taal Volcano.

“If the local chief executives refuse to heed the advisory coming from DILG, we will issue them show cause orders,” DILG Calabarzon OIC Elias Fernandez Jr said in a news briefing on Tuesday, January 21.

After 11 Batangas towns were placed on total lockdown, some mayors allowed window hours and let residents retrieve valuables from their abandoned homes.

On Monday, January 20, Interior Secretary Eduardo Año ordered to a stop to visiting hours to danger zones around the restive Taal Volcano. (FAST FACTS: What you should know about Taal Volcano)

After the aerial survey with the Joint Task Force Taal, Fernandez said that there were still people who refused to leave the danger zone.

The Calabarzon interior affairs OIC added that they urge the local chief executives to make sure that no one would be left behind in their areas of jurisdiction.

(We will use the police and the military and other law enforcement agencies to continue asking those who are left there to leave the danger zones.)

He added that the department would ensure that forced evacuation would be enforced, even if that meant that residents would have to be “pulled out” of their homes.

“If maximum persuasion is not effective, we wil be forced to do other actions. If possible, [we will] physically pull them out of the areas. Just to save their lives,” the Calabarzon interior affairs OIC said.

Fernandez also urged the public to just shrug off Talisay Vice Mayor Charlie Natanuan’s call for residents to go back to their homes, amid the threat of a major Taal Volcano eruption.

Fernandez said: “The dynamics. We’re aware of it. Just ignore him.”

In September 2019, the Talisay vice mayor sued his brother, the local chief executive of their town, Mayor Gerry Natanauan, at the Office of the Ombudsman over complaints of grave misconduct and gross neglect of duty.

Fernandez acknowledged the possible repercussions of the Talisay vice mayor’s statements, given that he is a public official.

“After all, he’s a public official. He’s accountable to his statements. If possible, if we can file a case against him, we will look into that,” Fernandez told reporters.

Alert Level 4 has been raised over Taal Volcano for more than a week already, as state volcanologists urge residents to stay out of the danger zone given the threat of a “hazardous” explosion.

The provinces of Batangas and Cavite had already declared a state of calamity. – Rappler.com